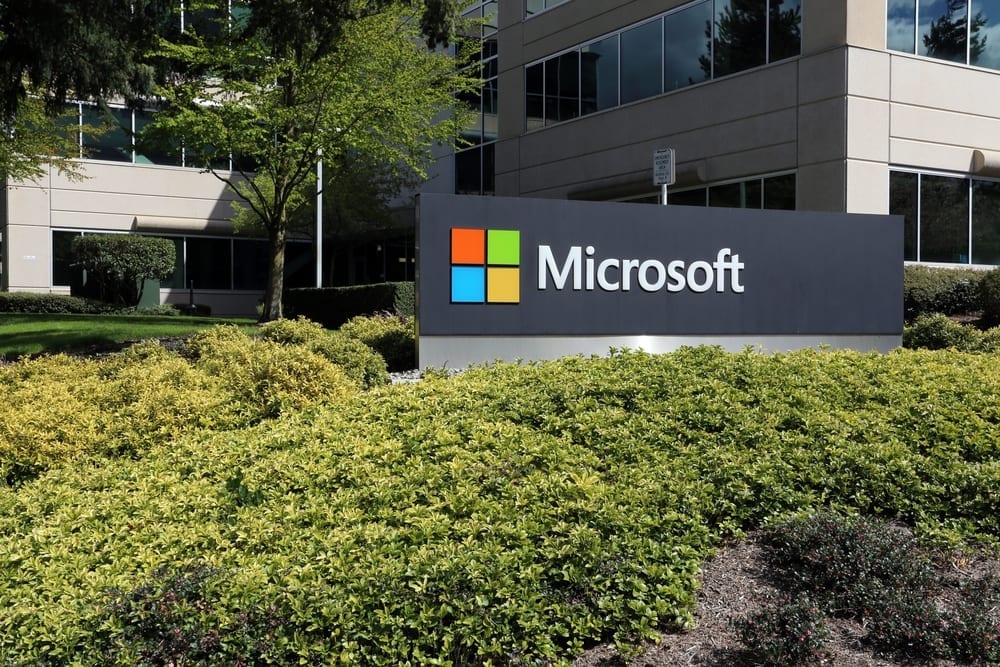 Microsoft, Marriott do not expect to meet their revenue forecast

From manufacturing to tourism, more businesses are issuing lower financial forecasts because of the deadly outbreak.

Microsoft Inc said on Wednesday it does not expect to meet its quarterly revenue forecast for its Windows and personal computing business, joining Apple Inc in warning of the financial effects of the coronavirus outbreak.

Microsoft said the remaining elements of its fiscal third-quarter outlook were unchanged, sending its shares down more than 1 percent in after-market trading.

Although we see strong Windows demand in line with our expectations, the supply chain is returning to normal operations at a slower pace than anticipated, the company said in a statement.

Microsoft is the second company in the trillion-dollar club to withdraw its outlook as broad swaths of the Chinese economy remain sluggish because of the virus. Earlier this month, Apple said it may not be able to meet its March-quarter sales forecast.

Microsoft had previously expected the More Personal Computing unit, which houses Windows, to post third-quarter revenue between $10.75bn and $11.15bn.

Its Windows and Surface computers had been more negatively impacted than expected, Microsoft said.

Meanwhile, Marriott said it is currently facing low occupancy rates in the Asia Pacific region and has issued cancellation fee waivers for guests affected by the virus outbreak in mainland China, Hong Kong, Macau and Taiwan until March 15.

Due to the uncertainty regarding the duration and extent of the coronavirus outbreak, Marriott cannot fully estimate the financial impact from the virus, which could be material to first-quarter and full-year 2020 results, it said on Wednesday, after reporting a quarterly profit that was above analyst estimates.

Marriott added that room additions in 2020 could also be delayed as a result of the outbreak. It forecast revenue per available room growth – a measure of a hotel’s financial performance – to be between flat and up 2 percent in 2020.

It is not possible to predict where, and to what degree, outbreaks of the coronavirus will disrupt travel patterns, Booking said in its earnings release.

Delta has typically been flying more than two dozen flights a week between Korea and the US.

The airline’s new service from Seoul-Incheon to Manila, previously scheduled to begin on March 29, will now start on May 1, it said on Wednesday.

South Korea has the most virus cases outside China and reported 334 new cases on Thursday for a total of 1,595. It also counted its 13th death from the virus.

Hawaiian Airlines Inc also said on Wednesday that it would suspend its five-times-weekly service between Honolulu and Seoul-Incheon beginning on Monday through April 30.

With US air travel demand slumping, JetBlue said starting on Thursday through March 11, it would suspend change and cancel fees for new flight bookings for travel completed by June 1.

The airline said the policy “is designed to give customers confidence that they will not be charged any JetBlue fees for changes or cancellations later given evolving coronavirus concerns”.

US carriers have cancelled all flights to China through late April, while the US barred nearly all non-US citizens who travelled recently to China from entering the US. US citizens who recently visited China were required to return home at one of 11 US airports for enhanced screening.

On Monday, United Airlines Inc said near-term demand to China had almost disappeared and that demand for the rest of its trans-Pacific routes had dropped by 75 percent.

A little over a week into 2022 we’ve already experienced some major market movements.... END_OF_DOCUMENT_TOKEN_TO_BE_REPLACED

One of the FTSE 100’s current disadvantages, when it has come to attracting international... END_OF_DOCUMENT_TOKEN_TO_BE_REPLACED

Did you know you could build wealth by investing in Lego? A study suggests... END_OF_DOCUMENT_TOKEN_TO_BE_REPLACED

With most major stock markets around the world spending time at or near record... END_OF_DOCUMENT_TOKEN_TO_BE_REPLACED

For years, Baillie Gifford’s technology funds have been driving outsized returns for the mainly... END_OF_DOCUMENT_TOKEN_TO_BE_REPLACED