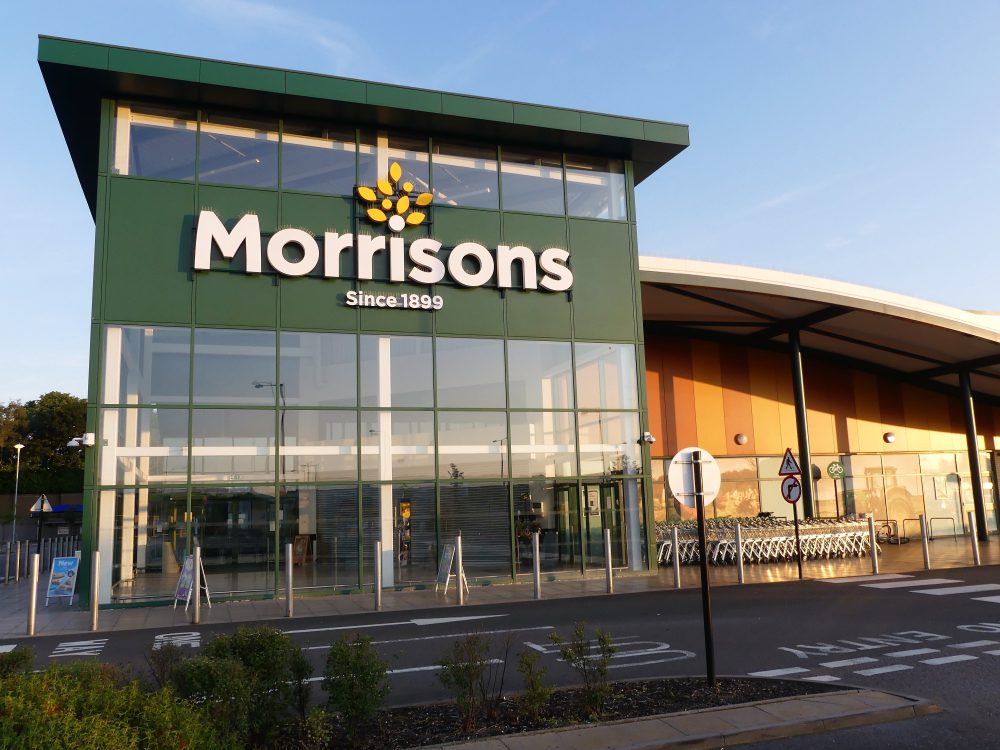 The Morrisons takeover battle between the American private equity groups battling for a slice of the seemingly undervalued UK groceries sector, is expected to see a new bid of 280p-a-share arrive on the board’s desk this week. The bid is expected to be made by Clayton Dubilier & Rice (CD&R), which was given until the end of this week to submit an improved offer after a June bid of 230p was thrown out.

The Morrisons board already have an improved 272p-a-share offer on the table, made by Fortress, another American private equity group. Fortress last week sweetened its existing 252p-a-share offer in anticipation of an improved bid from its rivals this week. The general consensus is that the Morrison’s board and Takeover Panel would have not given Clayton Dubilier & Rice extra time to put a new bid together if not reasonably convinced one would arrive. 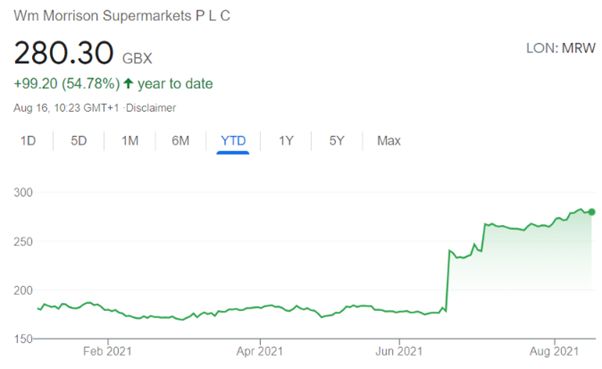 CD&R, which counts former Tesco chief executive Terry Leahy as an operating partner, has put financial backing for an offer from the investment banks JP Morgan, Goldman Sachs and BNP Paribas in place since having its first bid rejected. Obliged to raise its offer by at least 20%, CD&R could theoretically bid 275p-a-share but would be expected to go to 280p should it decide to make an improved offer.

The private equity giants, which already own the UK’s largest petrol stations operator, Motor Fuel Group, will have to weigh up the potential return on investment the acquisition of Morrisons could deliver at the higher purchase price. Bernstein analysts suggest it would increase the pressure to sell of Morrisons assets, which would, if outlined as part of the investment strategy, be seen as a negative in attempts to convince the board to switch its recommendation from the Fortress bid.

Securing the board’s recommendation would be expected to involve a new CD&R bid matching the assurances made by Fortress over Morrisons’ jobs and pensions, as well as a commitment to not embark on a strategy of the sale and leaseback of Morrisons stores.

Morrisons, the UK’s fourth-largest supermarket chain by market share, currently owns the freehold to 85% of its nearly 500 stores. It also owns assets across the supply chain including abattoirs, food manufacturing facilities and a trawler. The company sees its vertical integration as core to its business model and a competitive advantage over rivals.

A little over a week into 2022 we’ve already experienced some major market movements.... END_OF_DOCUMENT_TOKEN_TO_BE_REPLACED

One of the FTSE 100’s current disadvantages, when it has come to attracting international... END_OF_DOCUMENT_TOKEN_TO_BE_REPLACED

Did you know you could build wealth by investing in Lego? A study suggests... END_OF_DOCUMENT_TOKEN_TO_BE_REPLACED

With most major stock markets around the world spending time at or near record... END_OF_DOCUMENT_TOKEN_TO_BE_REPLACED

For years, Baillie Gifford’s technology funds have been driving outsized returns for the mainly... END_OF_DOCUMENT_TOKEN_TO_BE_REPLACED