Hignosis, the London-listed music investment fund that recorded share price gains of 13% over 2020, has acquired the back catalogue of veteran much producer and Beats headphones co-founder Jimmy Iovine. Mr Iovine had owned a share of the rights to 259 tracks and received royalties from Get Rich or Die Tryin’ and 8 Mile, the hip-hop movies he produced. Those are now held by Hignosis, which continues to work towards establishing itself as one of the biggest back catalogue owners in the world.

Mr Iovine’s back catalogue includes some particularly iconic tracks, with the producer having worked with artists including Bruce Springsteen, Lady Gaga and U2 over a career that spanned nearly five decades. The mogul first made his mark through Interscope Records, the label he founded in 1989 and later sold to Universal Music. He also co-founded Beats Electronics, behind the iconic Beats headphones, with the rapper Dr Dre. That company was established in 2006 and sold to Apple for $3 billion eight years later. 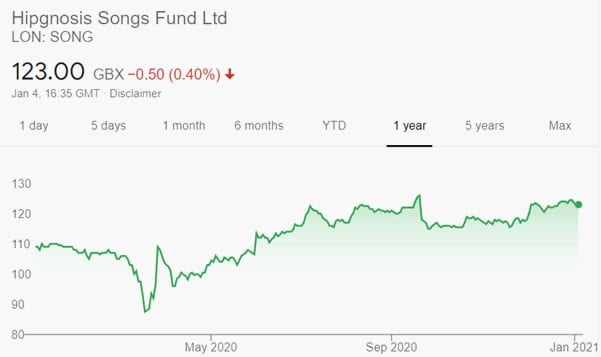 Neither Hipgnosis nor Mr Iovine has disclosed the price the deal for the catalogue was closed at. It is also not clear exactly how much revenue the rights have historically generated.

Since its London listing in 2018, Hignosis has raised a total of £1.05 billion from public markets, and borrowed an additional $267.3 million. That cash has been ploughed into the acquisitions that have built an impressive music rights portfolio. The fund, which in November secured its biggest deal to date with purchase of a collection of more than 33,000 tracks for $323 million, now owns the rights to around 57,800 tracks. The FTSE 250 constituent’s monetisation model is to pick up a small fee every time one of the songs it owns, or part-owns, is used for commercial purposes. That could be by it being streamed, played on the radio or used by media, such as in film, television or even computer games.

Over the past five years, there has been an approximate doubling of the value of musical rights assets as funds, including Hignosis, started to compete to acquire them. Round Hill is another London-listed fund that invests in the rights to back catalogues of music tracks. The business model, based on a steady stream of income generated by rights, is an attractive one. But experts within the industry fear that valuations have recently been inflated as a result and a bubble could be in danger of inflating.

For his part, Mr Iovine expressed satisfaction at the deal, commenting:

“I’m happy that my work as a producer with so many great artists has found the right home.”

And its not only Hipgnosis investors who stand to, hopefully, benefit from the deal. Mr Iovine has said he plans to use the capital generated by the sale to fund the construction of a new high school in south Los Angeles.

Since he founded it as an online bookseller from the garage of his rented... END_OF_DOCUMENT_TOKEN_TO_BE_REPLACED

Last month the board of Wm Morrison, the UK’s fourth largest supermarket chain by... END_OF_DOCUMENT_TOKEN_TO_BE_REPLACED

The duration of the Covid-19 pandemic has seen some significant changes in consumer behaviour.... END_OF_DOCUMENT_TOKEN_TO_BE_REPLACED

With bond yields at historical lows, they are not a particularly attractive investment for... END_OF_DOCUMENT_TOKEN_TO_BE_REPLACED