National Grid, the privatised power grid infrastructure company has announced a major pivot towards a future electric Britain. The company is proposing to sell a majority share in the UK’s national gas network while buying Western Power Distribution, the country’s largest power distribution company for £7.8 billion.

As well as acquiring Western Power, which supplies a little under eight million customers in the Midlands, south Wales and the southwest, from its U.S. owners PPL, National Grid will sell part of its American business to the same company for £2.7 billion.

The exchange of assets with PPL and start of a sell off of Britain’s gas transmission pipes is, said National Grid, expected to be “transformational” and see the company “strategically pivot National Grid’s UK portfolio towards electricity”.

Investors have so far reacted positively to the announcement of the new focus on the electric future of National Grid’s core, domestic market, sending the company’s share price up a little over 2% in trading this morning. 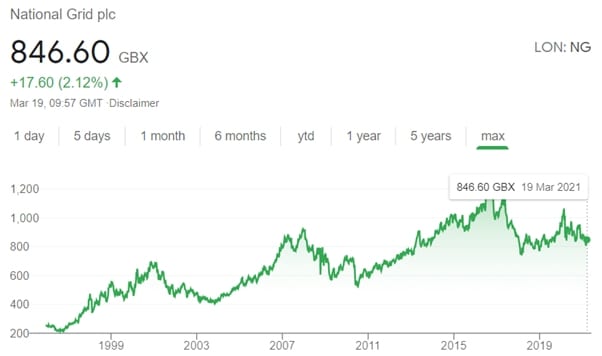 The deals are intended to “strengthen National Grid’s long-term growth outlook” ahead of a period during which it expects to invest billions of pounds into upgrading the UK’s electricity distribution networks to be able to cope with electric vehicle charging networks and a mass shift towards electric home heating. Both evolutions are key to Britain achieving its aim of reaching net-zero carbon emissions by 2050.

Currently National Grid operates the high-voltage electricity transmission lines across England and Wales as well the whole country’s high-pressure gas networks. Its North American business own a number of gas and electricity businesses. 2019-20 pre-tax profits came in at £1.8 billion.

For its part, PPL announced its desire to sell Western Power Distribution with the launch of an auction last year, which National Grid has now won. The company manages 90,000 km of overhead lines and 135,000km of underground cables. It employs 6600 people.

National Grid intends to start the sale of the UK’s 7660km network of high-pressure gas pipelines during the second half of the year. The gas network’s enterprise value including debt is estimated at around £8.2 billion by Bernstein analysts. They believe National Grid could raise around £2.1 billion through the sale of a 51% stake in the infrastructure network.