M&G, one of the UK’s largest fund management groups, publicly announced in early July that 86% of its funds “are failing”. The stark assessment was the result of the company’s own review of how its funds were performing against a benchmark of average returns achieved by comparable funds across the industry.

A couple of weeks later, St James Place,  the UK’s largest wealth manager, published details of their own damning report that announced two thirds of the funds it offers are underperforming.

Of the ‘Wealth 50’ group of funds Hargreaves Lansdown, the UK’s largest retail-facing investment platform, recommends in its best buy list, a third are consistent underperformers and in some cases the worst in their sector.

Legal & General, the UK’s largest retail-facing asset manager, also published their own value report in February this year. It passed with flying colours, with 76 of 77 funds assessed as delivering value to investors. The exception was the Legal & General UK Alpha trust.

The company promised the fund, managed by Rod Oscroft and Simon Reid, would be subject to a “comprehensive review” in order to “identify an action plan to improve the fund’s ability to deliver value”, having delivered a performance “well below” its outperformance target over the assessment period. 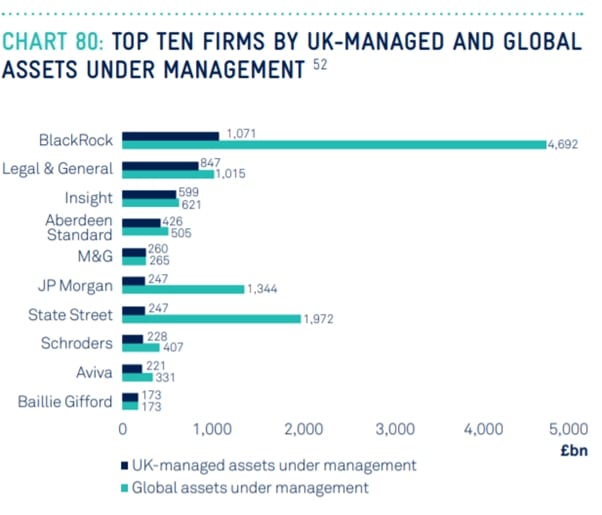 Recently introduced by the regulator, the Financial Conduct Authority, as a requirement of retail-facing fund managers, self-assessment fund value reports are highlighting that much of the industry is failing retail investors. Many of the most popular funds in the UK consistently and chronically underperform for investors.

Fund managers are simply not providing value for the fees they charge often enough. This has been known for some time but self-assessments on value are offering new focus on just how badly so many expensive, actively managed funds deliver for their investors.

Poor performance of fund managers is having a major impact on the flows of capital from UK investors in the UK, with more and more instead opting for cheap tracker funds.

The proportion of UK investor funds under management in passive index-tracking funds increased gradually to 16% in 2018. Although slow, the pace of growth accelerated since 2013 when the retail distribution review was implemented. Net flows to tracker funds were one-third of total net sales between 2013 and 2018, a significant increase on the previous five years. Sales to index tracking funds outstripped sales to active funds in 2018 and notably garnered positive inflows in UK equity sectors whereas active funds suffered outflows. 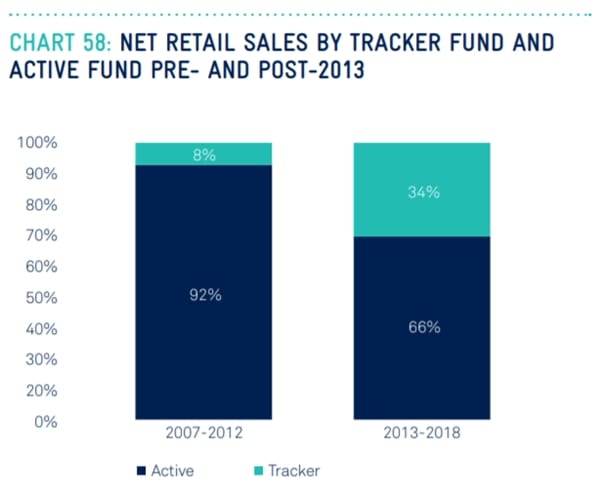 For retail investors, the trick is knowing which funds to invest in. The most important factor in getting that right is arguably knowing which to avoid – those with a history of underperformance.

That’s where fund value reports come in very handy. If investors pay attention to them they will have a good idea of not only which specific funds to avoid but also which fund management companies generally have a poor record.

Fund value reports are a little like an self-appraisal process in the workplace. And just like in the workplace, how fund management companies treat their self-assessment can speak volumes for their attitude and willingness to improve.

For others, being asked to complete a self-assessment is an annoyance. They respond with minimum enthusiasm and treat what they deliver as a box-ticking exercise. It’s done and handed in but minimum standards are met.

A majority of fund managers have only addressed the seven factors required by the FCA as a minimum, giving the impression they fall into the second camp of attitude to the task set them. Others, including Aviva, have opted to roll their fund value reports into their annual company reporting. It’s not a very accessible format and most investors are unlikely to dig through financial results and corporate speak to review it.

However, that will hopefully improve in future. Others, notably Rathbone and Vanguard, have made an effort and produced engaging reports that go above and beyond the minimum criteria set by the FCA. They’ve taken it as an opportunity to self-reflect and also engage with their client base.

Ultimately, the most important factor is of course if the new requirement for fund value reports will actually benefit retail investors. And early indicators are that it will, in three main ways.

The first is the obvious one that investors can look at reports to see which funds are self-assessed as underperforming and avoid them. Some will, however the reality is that for investors willing to do even just a little research there was already such information available. Arguably more reliable assessments of fund performance are published by independent companies such as Morningstar.

The evidence is that only a minority of more active private investors will pursue that information. However, one more source of fund performance assessment can only be a good thing. And a fund manager themselves admitting their funds have underperformed may carry more weight with more investors. And also be given more exposure in the mainstream media, which is already evident.

The second way investors benefit is perhaps likely to be more tangible for a greater number. Many funds have different fee structures for different share classes. More recently issued fund units, specifically those post 2013 when the Retail Distribution Review came into force, come with lower annual fees. That’s because commission is no longer paid to intermediaries or advisors.

Some fund managers have taken it upon themselves to take advantage of a new FCA rule that allows them to move investors between share classes if it’s in their best interests and do so to reduce the fees of older clients in older share classes, if their investment has underperformed. Invesco, yet to publish their own fund value assessment has already done so for some investors.

The impetus provided by value reviews has accelerated the process of managers moving long term investors out of old classes of shares into new ‘clean’ share classes where fees have been stripped of expenses such as commissions.

One big factor in funds achieving satisfactory returns for investors against their benchmark or sector average is the size of fees. Performance is judged after fees so they higher they are, the harder it is for the fund manager to hit return targets.

While, so far, no fund manager has cut fees of underperforming funds, moving investors to cheaper share classes is effectively achieving the same result. Janus Henderson transferred 100,000 customers to lower-charge funds in January. Threadneedle transferred 30,000 in May. Schroders said it will transfer 29,000 this year when it is “operationally able” to do so.

Finally, a brighter spotlight on underperforming funds will, and already is, forcing fund managers to be more proactive about improving performance going forward. The actively managed fund sector is struggling badly against competition from passive trackers. It is starting to realise that it has to up its game.

Fund managers themselves being forced to tell their clients they have done a poor job can only help to light a fire under them to do better. Let’s hope it’s a trend that continues to the benefit of retail investors, who haven’t always historically been treated with the respect their money deserves.