When bitcoin was launched in early 2009, the original cryptocurrency was trumpeted as a new financial system that would chase away much of the social and economic inequality built into the traditional fiat money system. One of the biggest flaws of fiat currencies outlined by the white paper that explained what bitcoin was and why it had been launched was that they help reinforce and perpetuate unequal distribution of wealth. 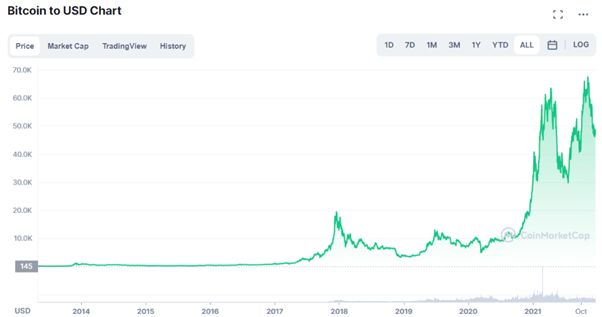 Federal Reserve data shows just 1% of American households own 30% of the nation’s wealth. And holding so much wealth makes it relatively much easier for the world’s richest to make even more money. The incumbent financial system is, say its critics, inherently geared towards supporting the rich getting richer on the backs of everyone else.

Despite its recent slump, the Bitcoin price is still up around 60% on where it started 2021 with a December 21 exchange value of $48,727.29. But while there are undeniably thousands, probably tens of thousands, of especially early bitcoin investors sitting on paper fortunes built up over the past 11 years, cryptocurrency wealth is proving to be just as unequally distributed as traditional wealth.

In fact, far more so. A recent paper for the National Bureau of Economic Research written by two academics, Igor Makarov of the London School of Economics, and Antoinette Schoar of the MIT Sloan School of Management, found that over 25% of the bitcoin in circulation is held by just 0.01% of bitcoin investors. That means around 10,000 bitcoin investors hold around 5 million of the total 19 million bitcoins in circulation. The combined wealth of these bitcoin whales is currently around $230 billion.

In the paper, Blockchain Analysis of the Bitcoin Market, Makarov and Schoar write:

“Since the inception of bitcoin, there has been intense interest in the question of who are the largest owners, and how much they actually own. There are websites dedicated to tracking the addresses with the largest holdings, the so-called rich list, one of the most well-known and widely followed lists in the crypto community.”

“From a public policy perspective, it is important to understand who is positioned to benefit most from any price appreciation if regulators allow a broader adoption of bitcoin. Are these a select few or the general public?”

“Despite having been around for 14 years and the hype it has ratcheted up, it’s still the case that it’s a very concentrated ecosystem.”

If bitcoin does break through into mainstream finance, which proponents expect the cryptocurrency to over future years, that means the result is likely to be an uber-wealthy elite that very much resembles the current financial elite. Only even smaller.