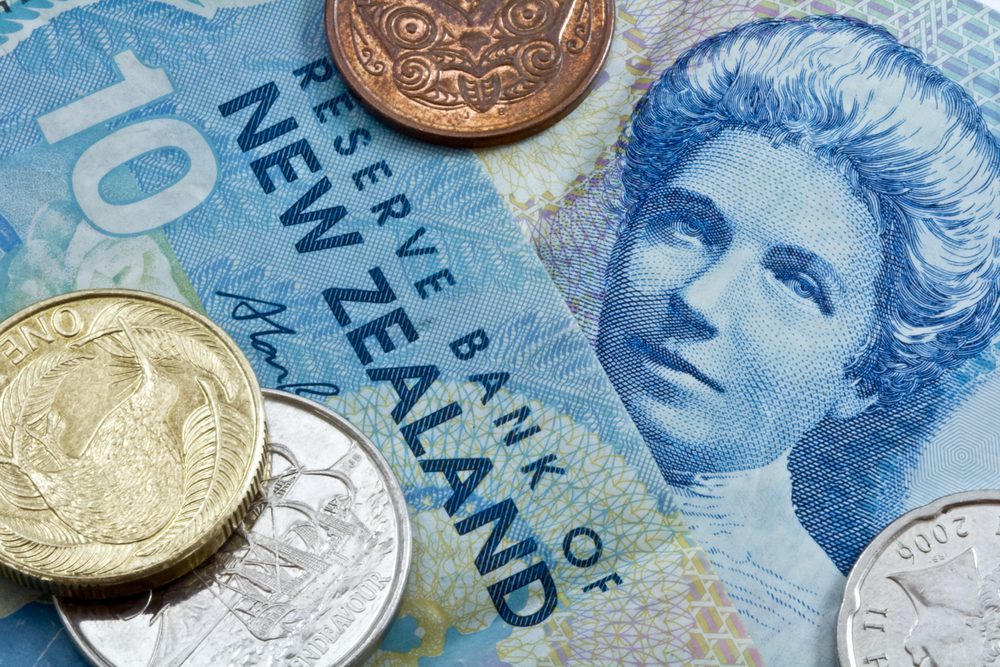 The New Zealand dollar dropped 0.7% to $0.6972 after a community outbreak of the coronavirus for the first time since February

The New Zealand dollar dipped on Tuesday following its first community case of COVID-19 in six months while the Australian dollar dropped to a one-month low as minutes from the central bank meeting were perceived as dovish. Safe-haven currencies such as the yen held firm against riskier currencies also on growing concerns that the spread of Delta variant of the coronavirus could disrupt the global economic recovery from the pandemic.

The New Zealand dollar dropped 0.7% to $0.6972 after the virus-free country found a community outbreak of the coronavirus for the first time since February. The news came just a day before the Reserve Bank of New Zealand (RBNZ) is widely expected to become the first among developed countries to raise interest rates since the pandemic.

While analysts still expect the RBNZ to go ahead with a 25 basis point rate hike on Wednesday, the currency’s overnight indexed swaps showed implied probabilities of a rate hike dropped below 90% from over 100% priced in before the news. The Australian dollar shed 0.4% to $0.7308 after the minutes from the Reserve Bank of Australia’s (RBA) last policy meeting were perceived to be more dovish than some had anticipated.

The minutes showed the RBA would be prepared to take policy action, should the Covid-induced lockdowns across the country threaten a deeper economic setback.

The minutes seem to be in line with what Governor Philip Lowe has said earlier but perhaps markets reacted to headlines like the outlook is highly uncertain, said Teppei Ino, senior currency analyst at MUFG Bank.

Risk-averse sentiment was rising also as weak economic data from the US and China over the last few days has stoked concerns that the spread of Delta variant could lead to a slower global recovery. The New York Federal Reserve’s barometer of manufacturing business activity, released on Monday, declined more than expected in August while the University of Michigan’s survey on Friday showing U.S. consumer sentiment dropped sharply in early August to its lowest level in a decade.

In China, data published on Monday showed July retail sales, industrial production and fixed asset investment were all weaker than expected as the latest coronavirus outbreak weighed on the world’s second-biggest economy.

Soft U.S. data could well prove transitory but at the moment more people are turning cautious and thus likely to reduce risk in their positions, rather than taking on more risks, said Kazushige Kaida, head of FX sales at State Street Bank’s Tokyo branch.

Safe-haven currencies such as the yen and the Swiss franc gained a boost as investors tried to reduce risk. The yen has risen to nearly 109.28 yen per dollar, holding on to gains of nearly 1% made over the past two sessions until Monday.

The U.S. dollar, which is also often seen as the ultimate safe-haven currency, held firm against many other rivals, including the euro and most other currencies. The euro eased slightly to $1.1785, after hitting a one-week high of $1.18045 on Friday.

A little over a week into 2022 we’ve already experienced some major market movements.... END_OF_DOCUMENT_TOKEN_TO_BE_REPLACED

One of the FTSE 100’s current disadvantages, when it has come to attracting international... END_OF_DOCUMENT_TOKEN_TO_BE_REPLACED

Did you know you could build wealth by investing in Lego? A study suggests... END_OF_DOCUMENT_TOKEN_TO_BE_REPLACED

With most major stock markets around the world spending time at or near record... END_OF_DOCUMENT_TOKEN_TO_BE_REPLACED

For years, Baillie Gifford’s technology funds have been driving outsized returns for the mainly... END_OF_DOCUMENT_TOKEN_TO_BE_REPLACED