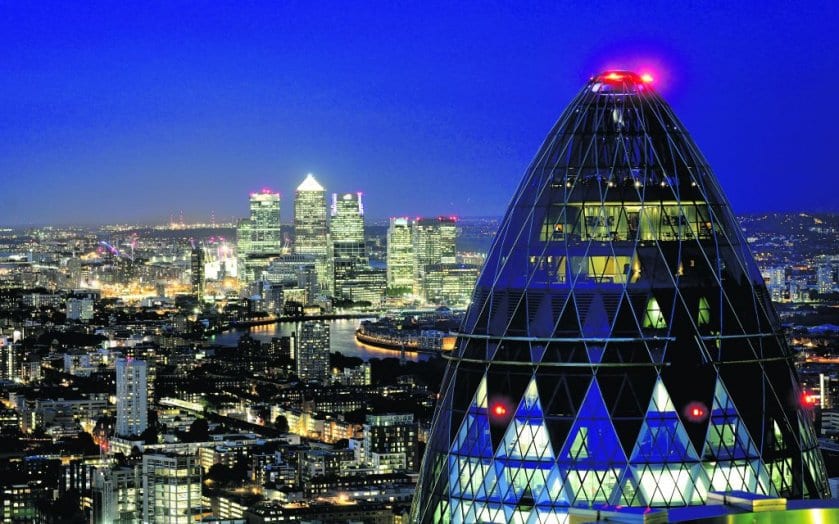 Some of the City’s largest banks are privately warning the Treasury that moves towards Britain leaving the European Union would be a disaster for the City and would jeopardise confidence in the economic recovery.

Amazon has announced major expansion plans beyond its traditional retail operations that could see it competing with Google and Apple as one of the largest technology companies in the world.

Boris Johnson exhorted the French to “venez a Londres, mes amis”. It seems his words are being heeded.

The world’s largest oil trader is set for a showdown with the UK taxman over an offshore pay scheme that let its top staff avoid millions of pounds in tax.

The American private equity giant is considering a £1.8bn bid for the prized asset of the loss-making Guardian Media Group.

Traders made to pay for Libor scandal as RBS cuts bonuses

Royal Bank of Scotland is to slash bonuses to cover the cost of an estimated £350m fine for its role in the Libor rate-rigging scam.

Customers may get the power to sack bankers under new scheme

A scheme drawn up by the British Bankers’ Association includes setting up a standards board with representatives of small businesses and consumer groups, giving everyday account holders a say in regulating banks.

America’s politicians must send a clear signal by the end of today that they can reach a deal on the nation’s so-called fiscal cliff if they are to avoid a backlash from financial markets, according to Goldman Sachs’ top economist.

Clapton rocks up with £7.2million thanks to busy touring schedule

Eric Clapton has almost doubled his income to £7.2million thanks to his busy touring schedule.

Tidjane Thiam, Prudential’s ambitious boss, is planning to review the company’s structure next year in a move that could lead to the long-mooted break-up of Britain’s biggest insurance group.
Next figures give first guide to festive sales

All eyes will be on Ftse 100 high street titan Next on Thursday, as the retail bellwether offer up some of the sector’s first hard news on festive sales.

British investors are starting to pour their cash into the Iraq Stock Exchange, as Baghdad looks for the billions it needs to rebuild the country’s fragile economy.

That the international travel sector is, thanks to the Covid-19 pandemic, in a bit... END_OF_DOCUMENT_TOKEN_TO_BE_REPLACED

With a growing number of economists arguing there is a high chance we are... END_OF_DOCUMENT_TOKEN_TO_BE_REPLACED

While most still caveat the argument with the get-out clause it is far from... END_OF_DOCUMENT_TOKEN_TO_BE_REPLACED

Natural gas prices have rocketed with Russia accused of managing supply to drive up... END_OF_DOCUMENT_TOKEN_TO_BE_REPLACED

After their valuations boomed in 2020, the UK’s online fast-fashion giants of Asos and... END_OF_DOCUMENT_TOKEN_TO_BE_REPLACED