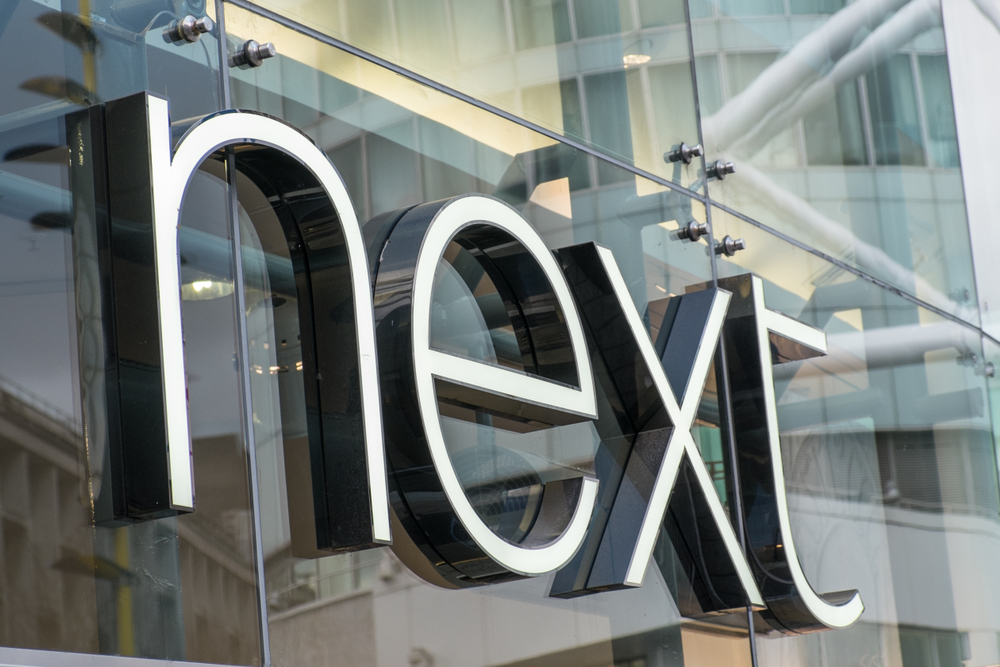 The Next share price has fallen by 3% today after the fashion retailer warned investors its growth may be hampered by a combination of labour shortages and inflation in the run up to Christmas. Next has been one of the strongest performers among the UK’s fashion retailers thanks to its standard-setting combination of strong online and traditional offline sales.

Next’s success has seen the company’s valuation gain almost 40% over the past 12 months. However, investors had their confidence in the Christmas period slightly undermined by the management’s note of caution today despite the warning being delivered against the positive backdrop of 17% growth in sales over the 13 weeks to the end of September. 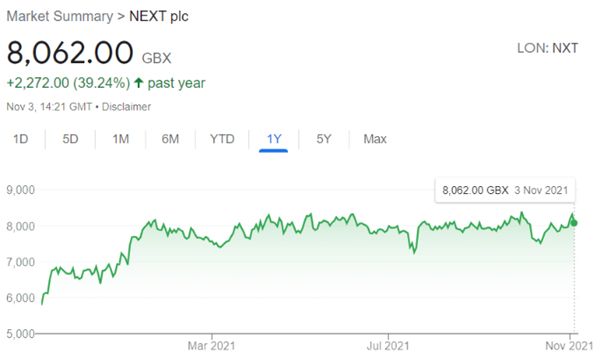 The growth figure compared to the same period two years ago, which many retailers are currently using as a benchmark instead of last year due to the impact of the Covid-19 pandemic depressing turnovers. Growth was driven by a 40% improvement in online sales over the third quarter and largely influenced by an 86% surge in UK sales of third-party brands through Next’s Label website.

Founded in 1982, Next currently runs 498 stores and employs 21,600 staff. The fashion retailer was once known for its mail order catalogue business, which supported in-store shopping. That proved the ideal platform to give Next a head start on rivals when ecommerce started to develop and then became a significant part of the fashion retail market in the UK.

Next expects its sales growth rate to slide to 10% over the final quarter despite it traditionally being the strongest of the year due to Christmas. Pent-up demand that has helped lift sales over recent months is, the company believes, now starting to return to more normal levels. That and the negative influences of rising inflation and labour shortages are expected to see growth levels ease on those of earlier this year. However, the company has maintained its current profit guidance at £800 million, representing earnings of 516.9p-a-share.

Analysts had been expecting to see profit guidance raised slightly but also suspect choosing not to raise it is rather conservative. That could be a strategy to reduce downside risk by tempering investor expectations while leaving plenty of opportunity for Next to overdeliver.

The company’s caution is, however, a reflection of genuine concerns about supply chains that have been hit by both Brexit and the pandemic. It says its stock availability has improved but

“remains challenging, with delays in our international supply chain being compounded by labour shortages in the UK transport and warehousing networks”.

While consumer finances are thought to be relatively strong due to savings made by many during the pandemic, such as commuting costs and money usually spent on socialising in bars, restaurants and other hospitality and entertainment venues, there is concern rising prices might see conservative spending over Christmas.

Price increases in especially fuel and heating bills could dampen the appetite for discretionary spending. Petrol and diesel prices are at record highs and supermarket bosses have warned food inflation could hit 5% by the end of the year. Next itself warned in September that the prices it charges for clothes and homeware could be expected to rise by 6% next year due to increased shipping costs.

That the international travel sector is, thanks to the Covid-19 pandemic, in a bit... END_OF_DOCUMENT_TOKEN_TO_BE_REPLACED

With a growing number of economists arguing there is a high chance we are... END_OF_DOCUMENT_TOKEN_TO_BE_REPLACED

While most still caveat the argument with the get-out clause it is far from... END_OF_DOCUMENT_TOKEN_TO_BE_REPLACED

Natural gas prices have rocketed with Russia accused of managing supply to drive up... END_OF_DOCUMENT_TOKEN_TO_BE_REPLACED

After their valuations boomed in 2020, the UK’s online fast-fashion giants of Asos and... END_OF_DOCUMENT_TOKEN_TO_BE_REPLACED