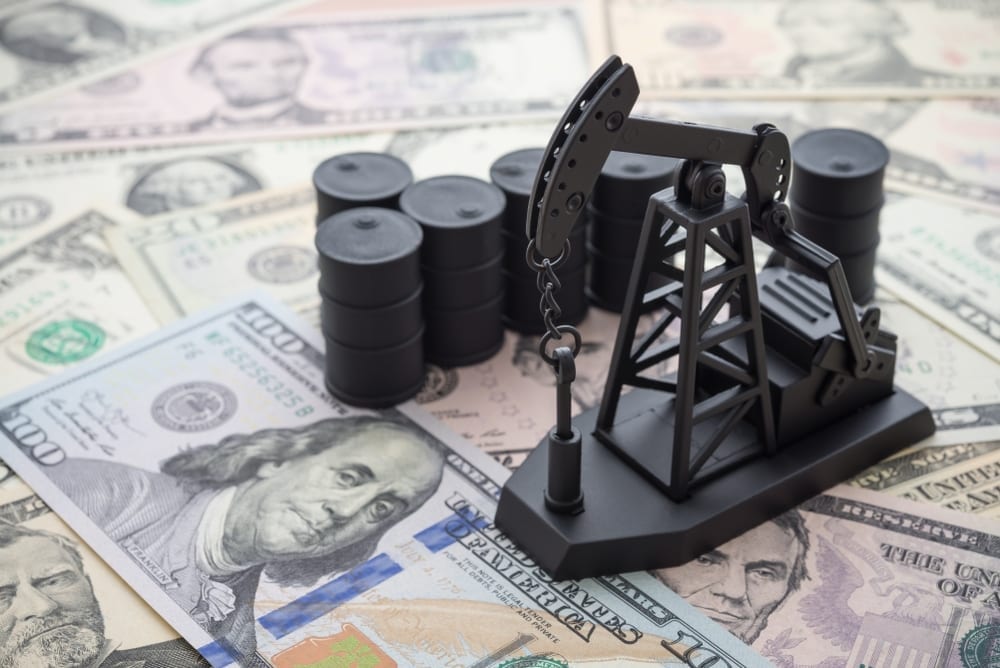 Futures contracts for barrels of US light crude, or WTI, have dropped below $20 for the first time in almost 20 years. The contracts for delivery in one month’s time were available for trading this morning. 1-month Brent crude futures weren’t far behind at $23.48 a barrel – down 6%, or $1.45, on Friday’s closing level. 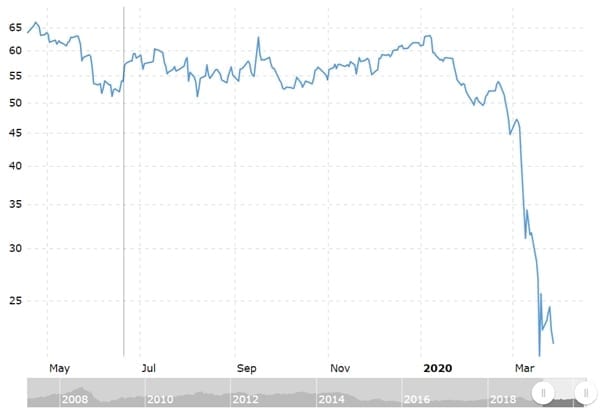 Prices for both oil contracts were last so low in November 2002. Prices have dropped sharply over March on a combination of a breakdown in supply controls agreed between OPEC and Russia and the huge drop-off in demand resulting from the coronavirus pandemic economic shutdown currently in place around the world. So analysts have even speculated that if storage space begins to run out, prices could conceivably even drop to close to zero.

“Until we see signs of the pandemic ending, oil prices will stay under pressure and could dive below $20 a barrel. Central banks have been easing [monetary policy] and governments have been offering stimulus packages but they are only supportive measures, not radical treatments.”

While prices dropping to zero, or even into a slight negative rate if producers have to pay their former customers to store the commodity, is probably still an unlikely scenario, many analysts are now confident prices will slip by up to another 25% over April. World demand is forecast to fall by at least 20% this year – the equivalent of 15 million to 20 million barrels per day. If lockdowns stay in place for longer than currently forecast, demand would drop by even more.

As well as demand falling off a cliff, Saudi Arabia-led OPEC and Russia have simultaneously started a price war which is seeing markets flooded with extra supply. The two are combining to produce a perfect storm for pricing. If prices are not to remain at rock bottom for the foreseeable future, the two sides will have to agree to drastic cuts in their production. But even that would take time to feed through. Lachlan Shaw, head of commodities research at National Australia Bank says:

“Opec, Saudi Arabia and Russia could mend their differences but there’s not that much Opec could do. The demand shock from Covid-19 is just too big.”

Higher cost producers such as North Sea oil and U.S. and Canadian shale and tar producers are unlikely to be able to remain operational at the prices that now look locked in for at least the next few months.
Quoted by the Financial Times, Mathios Rigas, chief executive of gas producer Energean, said he expected weaker companies to struggle with many facing bankruptcy.

“We’re going to see a lot of shutdowns, delays in investment decisions. We are in a different world but there will be survivors.”

He added that some companies would see opportunities to invest as others scaled back. The biggest oil companies, including FTSE members Shell and BP have the resources to survive and could even conceivably come out of the other end stronger, with competitors put out of business. More adventurous investors might consider the current share price of stronger looking oil and gas companies as very attractive in the long term but patience will almost certainly be needed.

A little over a week into 2022 we’ve already experienced some major market movements.... END_OF_DOCUMENT_TOKEN_TO_BE_REPLACED

One of the FTSE 100’s current disadvantages, when it has come to attracting international... END_OF_DOCUMENT_TOKEN_TO_BE_REPLACED

Did you know you could build wealth by investing in Lego? A study suggests... END_OF_DOCUMENT_TOKEN_TO_BE_REPLACED

With most major stock markets around the world spending time at or near record... END_OF_DOCUMENT_TOKEN_TO_BE_REPLACED

For years, Baillie Gifford’s technology funds have been driving outsized returns for the mainly... END_OF_DOCUMENT_TOKEN_TO_BE_REPLACED