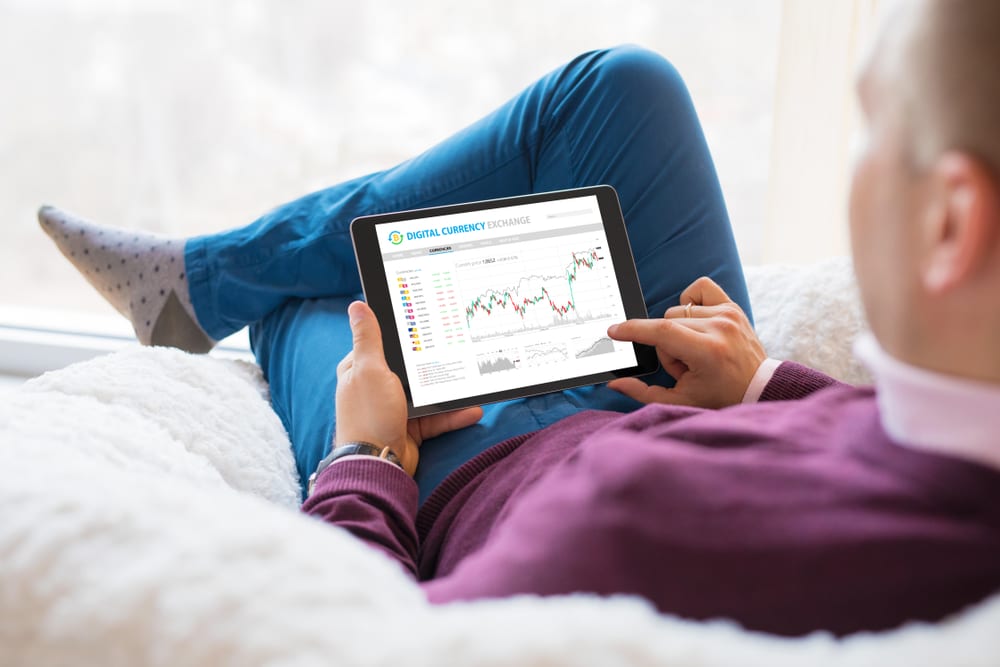 CMC Markets, the FTSE 250 online trading platform provider, is considering moving into new markets like stockbroking after a record six months to the end of September. The CMC Markets share price is up 167% for the year, thanks to the company, and online trading sector as a whole, benefitting from the Covid-19 pandemic.

Increased demand for the financial derivatives CMC Markets offers trading markets on, CFDs and spread betting, saw the company’s pre-tax profits soar to £141.1 million over the six-month period, compared to £30.1 million a year earlier. Revenues were up 126% to £230.9 million. 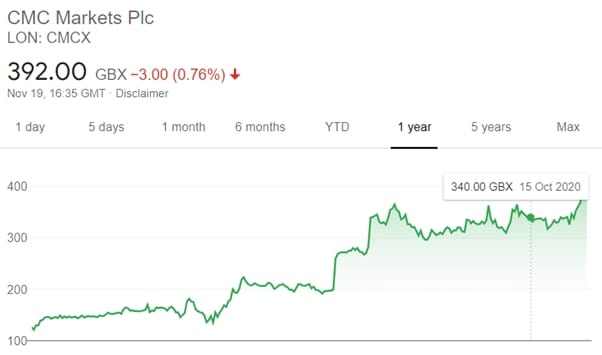 CMC Markets was founded by Peter Cruddas in 1989, originally as an offline derivates broker, before quickly capitalising on the dawn of the internet age to start offering an online trading platform to retail investors.

Mr Cruddas and his family still own 60% of CMC markets. Las year the Sunday Times Rich List put the family’s wealth at £623 million. That’s about to be boosted by another £16 million after CMC Markets announced an interim dividend of 9.2p a share. Last year an interim dividend of 2.85p a share was paid out. The company’s staff also received a total of £9.8 billion in bonus payments over the six-month period.

Online trading using risky, leveraged derivatives like CFDs has grown in popularity over the lockdown period, despite the fact industry data shows that most retail traders actually lose money. CFDs, and spread bets, which work in a similar way but have some important differences which mean capital gains tax is not due on profits, but losses are also not tax deductible, allow traders to take positions on the price movements of financial markets like share, equities indices, currencies and commodities. These trades are often leveraged, which means both profits and losses are multiples of the actual cash position taken in the trade.

However, inexperienced retail traders don’t seem to be particularly good at predicting market movements. 79% of CMC’s retail customers lose money trading on the company’s platform. The high volatility in financial markets this year has encouraged amateur traders to try and profit from the regular and significant price swings of assets. Increased volatility allows for bigger profits when a trader guesses right. But bigger losses when the market moves against them. As it clearly has for a majority.

CMC Markets also operates a traditional stockbroking business in Australia and is now considering opening a similar business in other markets, specifically the UK. Mr Cruddas commented “we’re dipping our toe into other markets”, which include a “new market in the UK”.

When pushed on whether he was referring to a UK stockbroking business, Mr Cruddas said the guess was “a little bit right but not entirely”.

CMC is not along among its peers in moving into stockbroking. IG Group, the UK’s largest retail derivatives broker also has a stockbroking business and Plus500 has also said it is exploring the option.

CMC’s number of active customers rose by 42% over the six month period, to a total of 59,082. Chief financial officer Euan Marshall commented:

“Whenever we see increases in client trading activity, that feeds largely through from revenue straight to profit.”

CMC Markets also raised its forecast for full-year net revenue to £370 million, ahead of analyst predictions for £346 million. The company is investing in the technology its trading and broking platforms run on, hiring 68 new employees in technology, as well as 16 in quantitative analysis.