Over 500 trade shows cancelled, costing up to €23 billion 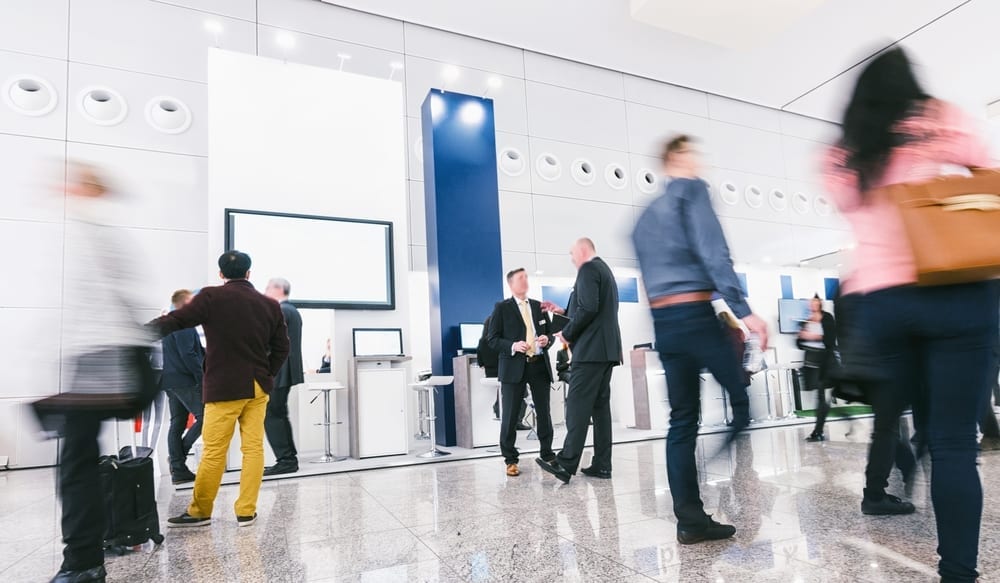 More than 500 trade shows have not taken place in recent weeks, costing up to €23 billion ($26 billion) in lost orders for exhibitors, according to UFI, The Global Association of the Exhibition Industry. The estimate was given as the association released the first global figures covering the impact of trade show postponements and cancellations.

The figures were released just a day after the association wrote to Ursula Leyden, president of the European Commission, urging action and following the launch of a joint campaign to keep events open, launched initially with the Atlanta-US based SISO (Society of Independent Show Organizers), and now supported by the “G3” alliance of the UFI, the International Association of Convention Centres (AIPC) and International Congress and Convention Association (ICCA).

Globally, the fact that more than 500 trade shows have not taken place in recent weeks is creating an escalating ripple effect for whole industries, said Kai Hattendorf, UFI managing director/CEO.

The UFI estimates lost orders of around €13 billion ($14.6 billion) in Asia/Pacific, and €9.7 billion ($11.1 billion) in Europe. As additional events continue to be postponed, these numbers will rise further in the weeks to come. As an industry, the exhibitions industry generates a total economic output of €22.9 billion ($26.2 billion) per month globally on average, translating into more than 270,000 FTE jobs. Based on the current numbers and size of the events not taking place, it estimates €14.4 billion ($16.5 billion) of economic output has already been lost. Hardest hit is Asia/Pacific, where the impact is already reaching more than €8.4 billion ($9.6 billion). In Europe, with an ongoing wave of postponed and/or cancelled shows, the impact is already reaching €5.8 billion euros ($6.6 billion). Calculations for other regions are underway.

Many of the events that are not taking place this quarter are being postponed – and rescheduled to take place later in the year. This may help to reduce the mid-to-long-term impact. “But even short-term postponements have an immediate impact because they delay scheduled business and revenues. This poses an existential risk, in particular for small and medium-sized companies”, said Christian Druart, UFI research manager.

In its letter to Ursula Leyden, president of the European Commission, the UFI wrote: The outbreak of the coronavirus has created a complex situation and impacted the exhibition industry heavily. Over 500 trade fairs and exhibitions have already been cancelled or postponed globally. Initially, the main consequences were felt directly in Asia, but now more than 220 trade fairs in Europe have been cancelled or postponed. This creates huge domino effects for many industries. Both sides, companies that are involved in staging exhibitions and the companies that exhibit or source on trade fairs are already massively suffering under the current wave of postponements and cancellations.

The UFI called for emergency remedies to be available to the industry, such as liquidity and working capital while events are cancelled, guarantees for bank loans, state aid during a crisis situation, deferral of taxes and social contributions, flexibility in employment and possibly support for salary payments. The letter had four signatories, including Maurits Van Der Sluis, chief officer of the RAI Amsterdam.

The UFI’s joint campaign with other organisations to save events was launched last week and is operating with the slogan “This event is/our events are open for business”. The campaign highlights the fact that, while numerous events around the world are being postponed or cancelled due to Covid-19, many events are taking place successfully. The campaign provides communications materials that meetings industry associations are sharing with their respective memberships. They can then add the visuals and text material to their ongoing communications around upcoming events.

All three associations that form part of the G3 events alliance will continue to share the campaign information with the respective memberships.

Meanwhile, the research division of the International Convention and Congress Association is also monitoring meeting cancellations and postponements at the venues it covers. In a series of Covid-19 status updates published on its website the association reported, as of Wednesday 11 March: “Of the 1,079 meetings in the ICCA association database currently scheduled in Asia Pacific for 2020, 84 meetings are affected by Covid-19 (7.8%) – last week we measured 65 meetings (4.1%). Of these 84 meetings, 66 are postponed, 16 cancelled and two relocated. As Covid-19 has spread further across Europe we have included a breakdown for this region. Of the 2,337 meetings in the ICCA association database currently scheduled for Europe in 2020, 20 meetings are affected with 10 postponed, two relocated and eight cancelled. On top of this, we see four affected meetings in North America and two in Africa.”

FTSE 100 may open higher on Friday

A little over a week into 2022 we’ve already experienced some major market movements.... END_OF_DOCUMENT_TOKEN_TO_BE_REPLACED

One of the FTSE 100’s current disadvantages, when it has come to attracting international... END_OF_DOCUMENT_TOKEN_TO_BE_REPLACED

Did you know you could build wealth by investing in Lego? A study suggests... END_OF_DOCUMENT_TOKEN_TO_BE_REPLACED

With most major stock markets around the world spending time at or near record... END_OF_DOCUMENT_TOKEN_TO_BE_REPLACED

For years, Baillie Gifford’s technology funds have been driving outsized returns for the mainly... END_OF_DOCUMENT_TOKEN_TO_BE_REPLACED