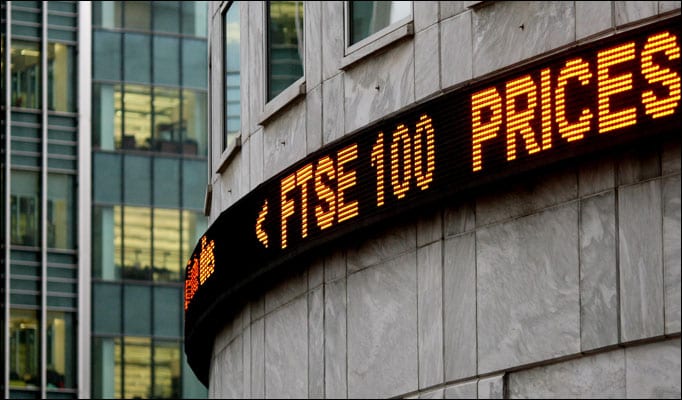 Britain’s benchmark equity index will not make much progress, if at all, for the rest of 2016, due to prevailing uncertainty over its vote on European Union membership and fears of a global slowdown, according to a poll by Reuters.

The poll conducted in the last week covered 27 traders, fund managers and strategist, gave a median forecast for the FTSE to end 2016 at 6,350 points. It was forecast down at 6,000 points by the middle of 2016.

This would represent the FTSE making minor gains of some 3 per cent from Thursday’s close of 6,174.9 by year end.

Among leading investment banks, Citigroup and UBS forecast the FTSE ending the year at 6,600 and 6,500 points respectively, but JP Morgan was more bearish with a 5,950 point forecast.

The FTSE 100 hit a record high of 7,122.74 points in April 2015 but lost ground since then, partly due to concerns about a China-led global economic slowdown, something which could weigh on stocks this year too.

Element of uncertainty has added because of ‘Brexit’ or Britain’s June 23 vote to decide on leaving the European Union.

“Markets in general don’t like uncertainty and the indecision that would arise following the UK leaving the EU is highly unlikely to be supportive of indices,” XTB UK analyst David Cheetham said.

Opinion polls have been close but the “In” campaign has mostly been showing a slight lead.

Horizon Stockbroking director Kyri Kangellaris said, “We are working on a 35 per cent chance of Brexit. If the UK remains, there is likely to be an equity rally, if the UK leaves the stock markets will be subdued while uncertainty remains as the UK negotiates deals with Europe”.

The FTSE is particularly sensitive to the China worries, which have hit commodity prices due to the country’s role as a leading consumer of metals and oil. The shares of oil companies and mining companies account for around 20 per cent of the FTSE’s overall market capitalisation.

“Those looking for equity outperformance should look to southern Europe,” Jonathan Roy, partner at Charles Hanover Investments, said, adding that markets in Italy and Spain could rise more on the back of economic stimulus measures from the European Central Bank.

Commuters save £3,000 on property each minute out of London

That the international travel sector is, thanks to the Covid-19 pandemic, in a bit... END_OF_DOCUMENT_TOKEN_TO_BE_REPLACED

With a growing number of economists arguing there is a high chance we are... END_OF_DOCUMENT_TOKEN_TO_BE_REPLACED

While most still caveat the argument with the get-out clause it is far from... END_OF_DOCUMENT_TOKEN_TO_BE_REPLACED

Natural gas prices have rocketed with Russia accused of managing supply to drive up... END_OF_DOCUMENT_TOKEN_TO_BE_REPLACED

After their valuations boomed in 2020, the UK’s online fast-fashion giants of Asos and... END_OF_DOCUMENT_TOKEN_TO_BE_REPLACED