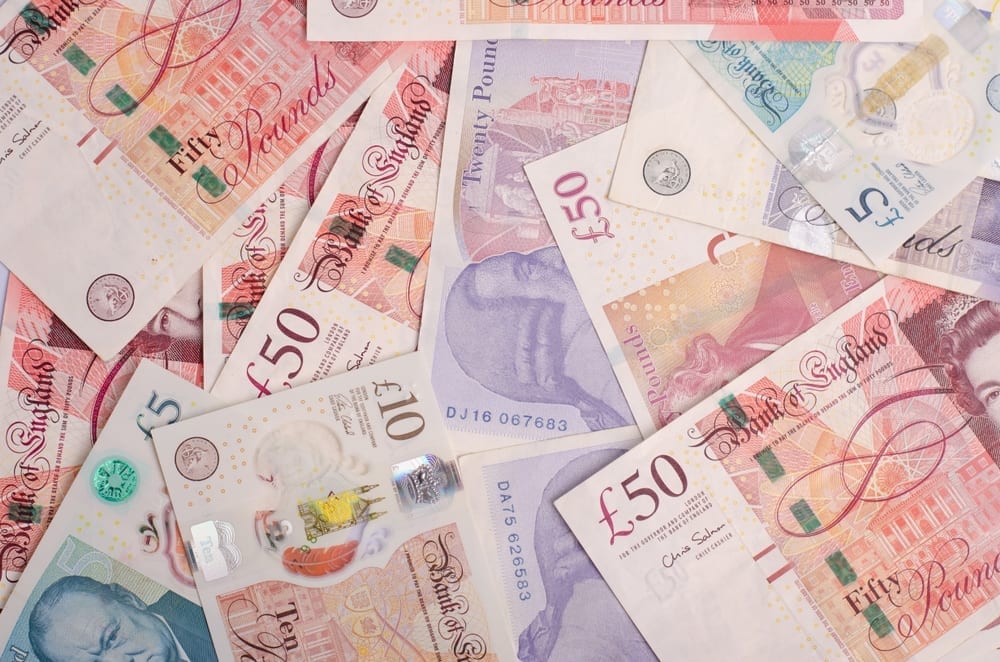 The pound fell on Thursday as British officials confirmed their hard-line stance on trade talks with the European Union and disappointment grew that Britain’s new finance minister might not increase spending as much as expected.

Britain said on Thursday it wants binding obligations on access to the EU financial market. London, Europe’s biggest financial centre, faces being locked out of its biggest market for services like banking, insurance and asset management if it loses access to the EU in January. But senior minister Michael Gove told parliament on Thursday the UK would not “trade away its sovereignty” in pursuit of a trade deal with the EU.

Earlier in the day, sterling was holding above $1.29 against the dollar, but later gave back those gains and fell against most major currencies.

The pound has reversed early gains as the government firmly places the prospect of no-deal back on the table in order to strong-arm the EU’s dynamic alignment to bend to their will, said Simon Harvey, a forex analyst at broker Monex Europe.

The resumption of trade uncertainty comes just as business optimism starts to improve, suggesting the Brexit headwind to the economy may not have abated quite just yet and hence the need for heightened fiscal stimulus, Harvey said.

But the new finance minister, Rishi Sunak, has been told by Treasury officials he cannot simultaneously raise public spending as fast as Prime Minister Boris Johnson wants, keep taxes down and adhere to new Treasury rules that allow borrowing only for capital investment, the Financial Times reported.

Consequently, Sunak could postpone loosening fiscal policy, which has put pressure on the pound. The possibility of more spending was the main reason the pound strengthened in recent weeks, despite concern that Britain may not agree a trade deal with the EU by the end of this year.

It was also fell against the safe-haven Japanese yen, which rose to a three-month of 141.50 to the pound.

Market gauges for implied volatility in sterling in all tenures from one-month to one-year options contracts all rose close to their highest levels this year.

Money markets have started to price in a higher chance the Bank of England will cut interest rates to boost the economy if data worsen and Sunak does not stimulate growth through higher fiscal spending. A 25-basis-point cut to the current 0.75 percent rate is priced in by August this year.

No big fiscal push means that if there’s a slump, the burden of reviving the economy will fall on monetary policy, said Marshall Gittler, who heads the analytical firm BDSwiss.

A little over a week into 2022 we’ve already experienced some major market movements.... END_OF_DOCUMENT_TOKEN_TO_BE_REPLACED

One of the FTSE 100’s current disadvantages, when it has come to attracting international... END_OF_DOCUMENT_TOKEN_TO_BE_REPLACED

Did you know you could build wealth by investing in Lego? A study suggests... END_OF_DOCUMENT_TOKEN_TO_BE_REPLACED

With most major stock markets around the world spending time at or near record... END_OF_DOCUMENT_TOKEN_TO_BE_REPLACED

For years, Baillie Gifford’s technology funds have been driving outsized returns for the mainly... END_OF_DOCUMENT_TOKEN_TO_BE_REPLACED