Slack, the professional messenger app start-up founded in 2014 and listed on the New York Stock Exchange since last June, has accused much larger rival Microsoft of “a weak copycat product”. The former has also officially lodged an anti-competition complaint with the European Commission, saying that Microsoft ‘unfairly’ bundles its Teams app, a rival to Slack’s product, with its Office 365 tools suite. Slack says that is forcing millions to use Teams and is an attempt to unfairly eliminate rivals.

News of the legal move by Slack may not put much of a dent in the optimism of Microsoft investors, as it came against the backdrop of the Windows and Office creator reporting an unexpected 13% rise in revenues over the quarter that ended with June. Microsoft’s revenues increased to $38.03 billion over the three months, helped along by a boost to sales driven by the global shift to home-based work over the Covid-19 pandemic lockdowns. 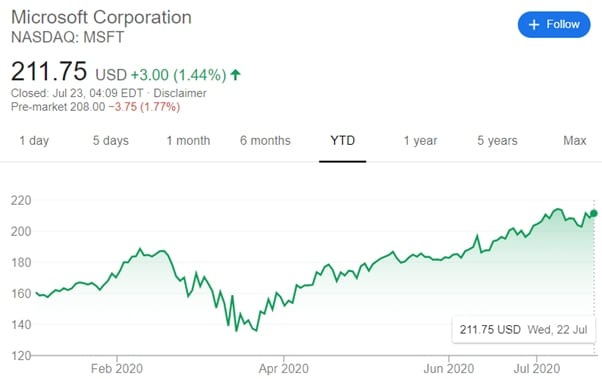 Both Slack’s app by the same name and Microsoft’s Teams, are messenger services designed for a professional context. They are used to facilitate collaboration between team members working together on the same projects and are especially useful to remote teams. Both apps allow for the secure sharing of documents, scheduling and video conferences.

Slack’s accusation against Microsoft is that by including Teams in every Office 356 package, the cloud-based subscription service for the Office suite that includes Word, Excel and PowerPoint, the larger rival is “force-installing it for millions, blocking its removal and hiding the true cost to enterprise customers”.

That, says Slack, amounts to “illegal and anti-competitive practice” because Microsoft is “abusing its market dominance to extinguish competition”.

Slack believes Microsoft sees it as a threat to its dominance of the workplace technology sector. Stewart Butterfield, the Slack chief executive, has stated that he considers Microsoft to be “unhealthily preoccupied with killing us”.

Slack’s rise to prominence has been a quick one. Founded in San Francisco in 2014 after the original version of the app was born as a side project built to help with collaboration on an unsuccessful video game, the company achieved “unicorn” status through a valuation of more than $1 billion in just 13 months. Having gone public last year, Slack is currently worth $17.44 billion, employs 2165 staff and has 12 million daily active users. 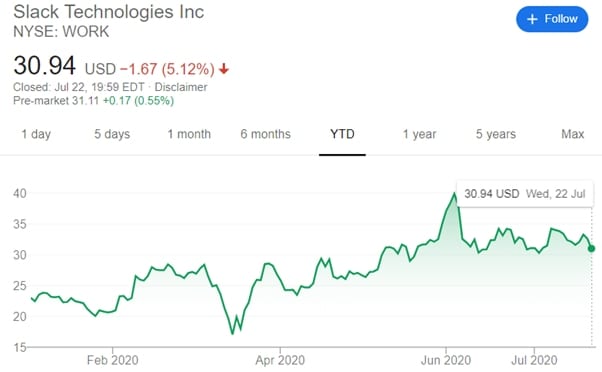 Microsoft belongs to the first generation of giant technology companies built on software and was founded in Seattle in 1975. It reported profits of $39 billion in 2019 and is worth $1.6 trillion. The company employs around 145,000 and its Teams app grew its active users base to 75 million from 45 million between March and April as office workers moved to a work-from-home model. The Microsoft share price has risen by over 30% this year.