Finally, there is some good news for green enthusiasts and environmentalists! The news is coming from Transform Scotland which has reported a shift from air travel to rail travel between Scotland and London. In fact, this change in pattern is huge and historic as it surpasses figures from the last 20 years. This means, people are resorting to rail travel in a big way as compared to air travel. It is having a huge impact on the environment as can be seen from the amount of carbon emission which has come down drastically.

Moreover, new Azuma trains would be introduced on the East Coast route in the near future which will cut the journey time between Edinburgh and London to four hours, according to the report. According to estimates by Transform Scotland, carbon emission from a flight between London and Edinburgh is 177 kg per passenger, whereas the figure is just 34 kg per passenger in case of trains. Azuma will emit 28 kg – 84% less than a flight.

“The Scottish transport sector has failed to take significant action to tackle climate change, and has recently become the single largest source of carbon emissions.

“However, one area where there has been significant progress is in Anglo-Scottish travel, where rail’s share of the travel market has grown strongly over the past decade.

“For Scotland to meet its challenging climate targets, it is imperative that further action be taken to ensure that rail can grow to at least a 50% market share of the Scotland-London travel market over the next decade.”

The report said that rail journeys between central Scotland and London rose from 20% to 33% between 2005 and 2015. These figures were part of Transform Scotland’s A Green Journey to Growth report which said that emissions would be still lower in case rail travel bags 50% share of the travel market between Edinburgh and London by 2023. Virgin Trains has reported 18% year-on-year growth in the number of passengers travelling between Glasgow/Edinburg and London in June. With this, the company has 33% share of the air/rail market on the UK’s busiest domestic air routes which surpasses the previous record of 2014. 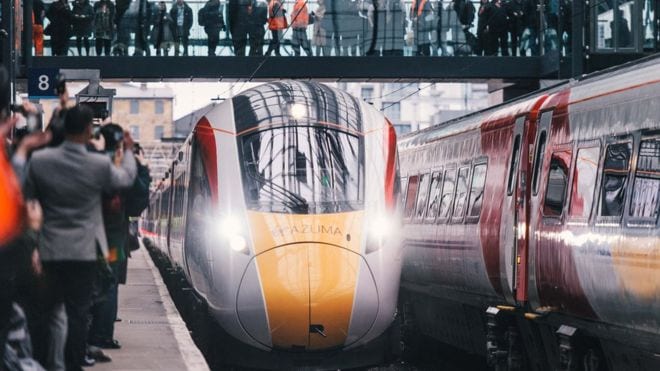 “When we took over the east coast route, we set out ambitious plans to gain a 50% market share between Edinburgh and London by 2023.

“These figures show an encouraging start to that journey and confirm a historic shift in travel patterns towards train.”

“Our customers have responded positively to the improvements in customer service and investment in new train interiors and additional services.”

Humza Yousaf, Minister for Transport and the Islands, said:

“The Scottish Government has set some of the toughest climate change targets for the people of Scotland.

“I am therefore delighted to hear of the increase in the use of our railway, as it is a fundamental part of achieving our greener transport aspirations.

“I welcome the publication of this Transform Scotland report which showcases the environmental benefits of rail, and underlines the importance of having high speed rail connectivity between Scotland and London.”

Wild Card Brewery is hoping to raise £250,000 by offering beer fans the chance to become shareholders

Despite the ravages of the Covid-19 pandemic the UK’s renewable energies generation capacity grew... END_OF_DOCUMENT_TOKEN_TO_BE_REPLACED