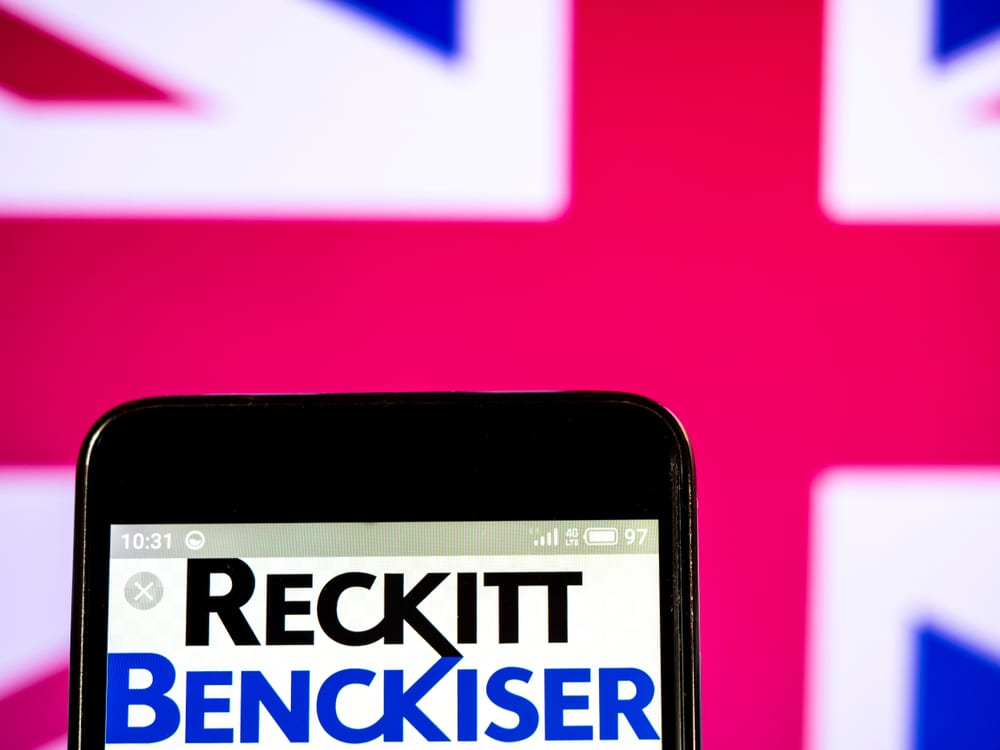 The Reckitt Benckiser share price has risen by more than 2% today after the consumer staples giant raised it full-year forecast on the back of quarterly sales coming in ahead of expectations. The company, which owns the disinfectant brands Dettol and Lysol, posted quarterly results to the end of September that were a 13.3% improvement on the same period last year, coming in at a total of £3.51 billion.

Reckitt sells a number of hygiene and home product brands, including Finish and Air Wick, as well as Dettol and Lysol and Durex condoms and Mucinex cough medicine. People spending more time at home and showing heightened standards of hygiene and cleanliness over the Covid-19 pandemic has boosted sales across many of the company’s best selling lines. Disinfectants have been flying off the shelves particularly quickly. 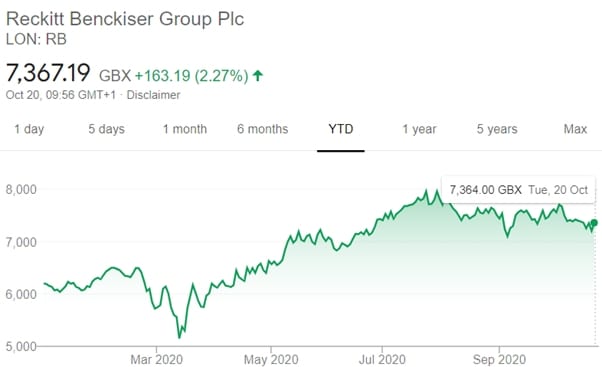 13.3% growth in sales was comfortably ahead of analyst forecasts for an improvement of 9.5% and represents Beckitt’s third consecutive quarter of sales growth in double figures. The first quarter of the year, which coincided with the outset of the pandemic, delivered the company’s strongest year-on-year growth figure over three months since 1999. Then the leap in sales was the result of a very different catalyst – the merger of the UK’s Reckitt & Colman with the Netherlands’ Benckiser, which gave birth to the company in its present form.

As a result of the latest quarter maintaining sales momentum, the company has raised its annual forecast from high single digit growth expectations to a low double-digit improvement. The company’s share price was already up almost 20% for the year and has added another 2.2% during this morning’s trading.

Sales growth, at 19.5%, was most pronounced within Reckitt’s hygiene business, which the Dettol, Lysol, Finish and Air Wick brands are all part of. The health unit, which Durex condoms and Mucinex cold medicine belong to, improved by 12.6%. And even the nutrition business, which sells products including Enfamil baby milk formula saw sales improve by 4.1%, despite a less obvious pandemic influence on buyer behaviour.

Reckitt’s chief executive is Laxman Narasimhan, a former Pepsico executive who has been in the position for a year. He admits that the company has benefitted from the pandemic as a result of an increased awareness of hygiene and the psychological aspect of consumers turning to “trusted heritage brands”, in their purchases.

However, he also thinks that the pandemic has simply accelerated meta trends which Slough-based Reckitt was anyway well placed to capitalise on. These are “urbanisation and global warming and their impact on their spread of infection, pressures on healthcare services, the growing importance of sexual health and wellbeing and an ageing population”.

The company employs around 40,000 people and sells its brands into over 60 countries. However, ahead of Mr Narasimhan’s appointment, Reckitt had been stuck in a rut of consecutive years of sluggish sales and expensive structural challenges, such as integrating the baby formula business Mead Johnson, which was acquired for $18 billion in 2017.

Mr Narasimhan may have taken the role of Reckitt’s chief executive at the right time, with him predicting new hygiene and cleanliness habits established during the pandemic will become ingrained and persist well into the future. Sales of products to public spaces such as offices, shops, gyms, hotels and educational facilities have shown particular growth. That has convinced Reckitt to launch a new B2B professional services business, with Amtrak and Airbnb among its early customers.

However, despite the overall positive impact of the pandemic on the company’s sales, it has also brough challenges. For example, tight restrictions on especially cross-border movement has hit sales of certain products, such as of instant baby formula in China, where products are shipped into from Hong Kong. Another potential headwind for its infant nutrition business is early evidence birth rates may drop over coming quarters and years, due to behavioural changes over the pandemic. Lower levels of social interaction has also been reflected in weaker sales of sexual wellbeing brands like Durex condoms.

The company also predicts social distancing will result in less people becoming infected by the usual colds and flus over this year’s winter season, which will reduce the demand for over-the-counter medications such as cold and cough syrups. That presumption is based on early data coming out of the winter season in the southern hemisphere that is drawing to a close now as colder weather sets in over the northern hemisphere.