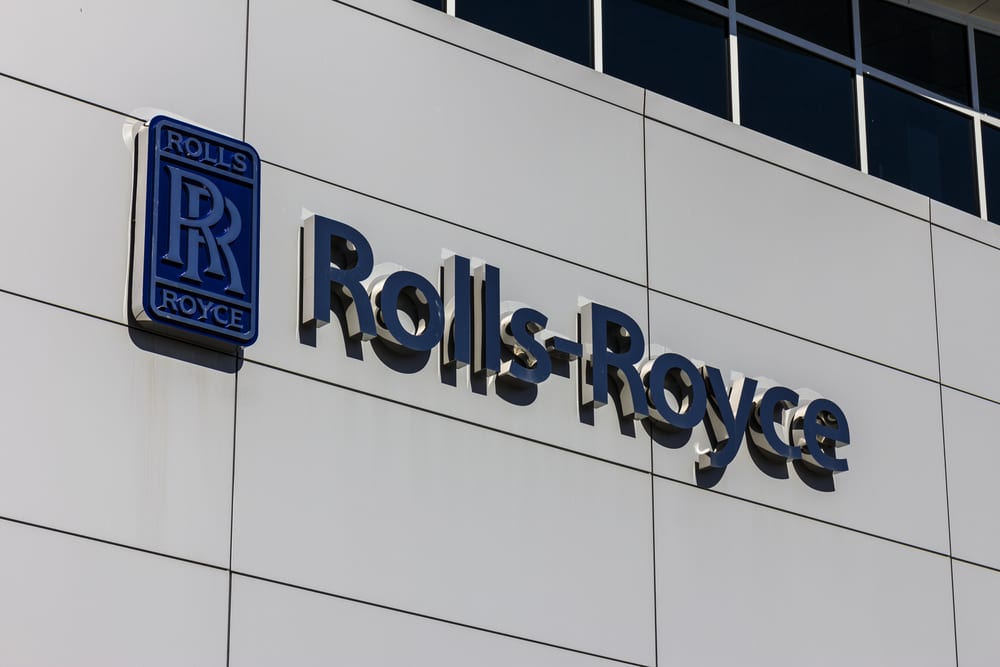 British engineering giant Rolls-Royce yesterday issued investors a chilling warning that its viability as a going concern is starting to become doubtful following a record £5.4 billion half-year loss. The company’s share price has plunged by around 65% this year as its business become one of the worst affected by the coronavirus crisis.

The statement yesterday warned the potential for extended economic instability over coming months represented “a severe but plausible downside scenario”, that would severely threaten Rolls-Royce’s ability to survive, adding:

“The inherent uncertainty over the severity, extent and duration of the disruption caused by the Covid-19 pandemic — and therefore the timing of recovery of commercial aviation and the availability of sufficient funding — represent material uncertainties that may cast significant doubt on the group’s ability to continue as a going concern”.

Rolls-Royce expects to have burned through £4 billion before the end of the year and believes it will be 2025 before its order book will realistically recover to 2019 levels. The company’s share price dropped towards 15-year lows on the reporting of the 6-month financial results and warning, sliding 1.2%. The Rolls-Royce share price is down another 2.7% in morning trading today. 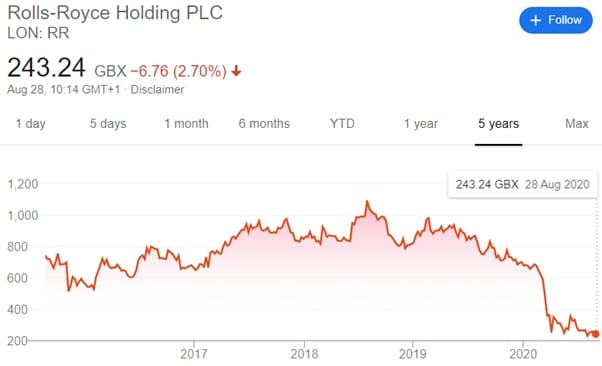 Rolls-Royce’s core business is designing and manufacturing jet engines for long-haul passenger jets such as those build by Airbus and Boeing. It also makes propulsion systems for warships and nuclear submarines as well as the train engines that power the UK’s new intercity fleet. The collapse in air travel thanks to the Covid-19 pandemic has seen airlines, most of which are themselves in serious financial trouble, cancel orders for new jets.

That’s particularly damaging for Rolls-Royce, which earns around a quarter of its revenue, around £4 billion a year, from service contracts for the engines of airliners including the Boeing 787 Dreamliner and Airbus A350, A380 and A330 models. The company services the fleets of a number of airlines including British Airways and Virgin Atlantic. Future revenues from engine sales, which account for 50% of group income, will be drastically affected with little to no demand for new aircraft.

To rub salt into the wounds, the company has just lost its finance director Stephen Daintith to Ocado, the online groceries and warehouse automation technologies company. He had been handed £3.3 million in shares as a part of a “golden hello”, when recruited 3 years ago. But with the value of those shares and future share rights now in tatters, Mr Daintith was left with little incentive to fend off Ocado’s advances and has jumped ship.

Over the first half of 2020, Rolls-Royce saw its revenues drop by 26% to £5.8 billion and an operating loss of £1.7 billion. Net debt has soared by over 30% to around £4 billion. Write-offs, impairment charges and a heavy loss on a currency hedging strategy saw losses extended to £5.4 billion. Around £10 billion of dollar-denominated revenues expected over the next few years has been written off, which means £2.6 billion will have to be spent closing down hedges in place to even out dollar-sterling currency movement.

The company has put its Spanish unit ITP Aero up for sale with a price tag of around £1 billion and has identified other assets that could also be sold to raise another £1 billion. A multibillion share rights issue tapping existing shareholders and possibly new investors is also expected over the next couple of months.

Rolls-Royce chief executive Warren East said he expects the sector to be down 50% over 2020, 30% next year and back to around 90% of expected levels by 2022. But he believes it could be 2025 before a full recovery can be declared. 450 engines were supposed to be built for Airbus this year but only 250 are now expected to be delivered, with many of those delayed.

9000 jobs will be lost at Rolls-Royce internationally, 3000 of which are based in the UK. 8000 are in civil aerospace and the company’s 11 ‘main’ locations will be reduced to 6. Mr East said the redundancies were, “being literal and honest”, “absolutely vital”, to salvaging the business.