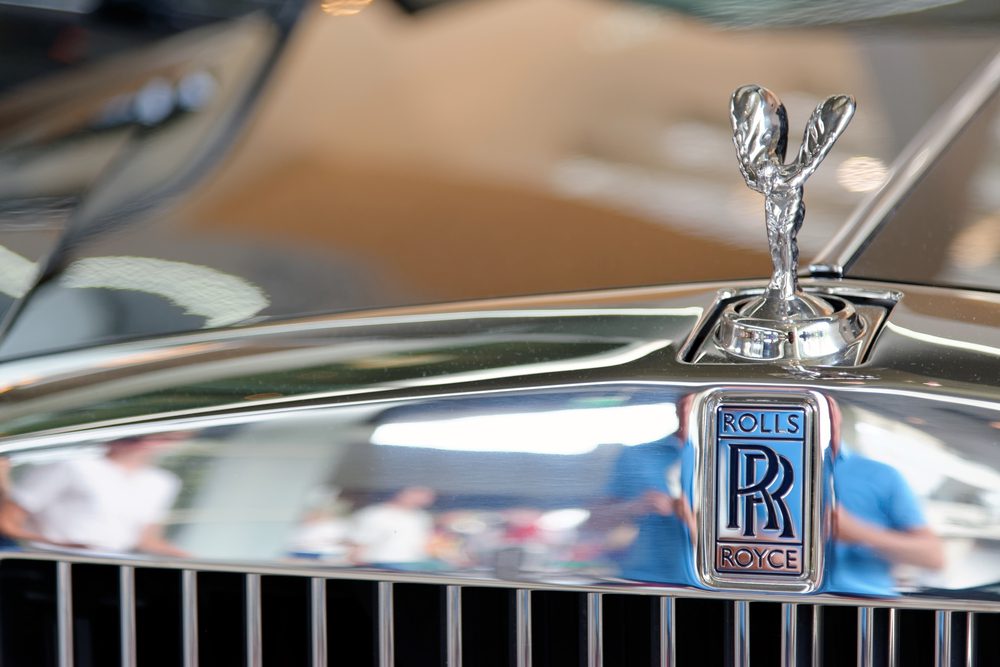 The Roll Royce share price gained almost 6% yesterday to continue its strong run over the past couple of weeks as the aerospace engineer announced a return to profit over the first half of the year. The company reported an underlying operating profit of £307 million over the period, compared to a loss of £1.63 billion last year when it was badly affected by the onset of the coronavirus pandemic and its impact on civil aviation.

Shifting rules limiting international travel over much of this year and the sector’s “uncertain pace of recovery”, do, however, mean Rolls has admitted it is unlikely to now hit a target it set itself to deliver £750 million of free cash flow this year. 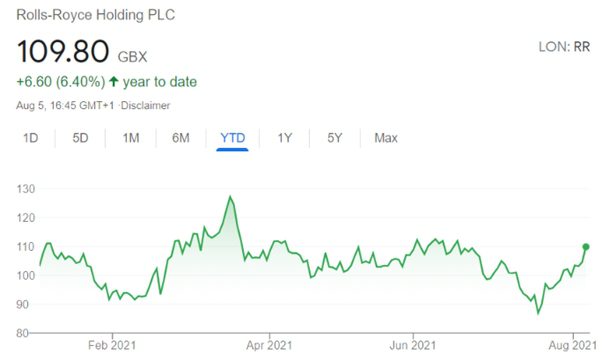 The improved performance over the first half of 2021 has been supported by the defence rather than the civil side of the business. Rolls makes engines for military jets and reactors for Britain’s nuclear submarines. Its power systems unit, which makes engines for ships, trains and other vehicles has also had a positive several months.

The biggest impact of the pandemic on the finances of Rolls Royce has been the sharp drop in the revenues generated by long-term maintenance and service contracts it has with companies like Airbus and Boeing, whose aircraft use its engines. These contracts are linked to the active flight time of engines and normally account for up to half of group revenues.

Civil jets not flying, or flying for significantly lower hours, means less servicing and maintenance. Over the first six months of this year, the flying hours of Rolls Royce engines were at 43% of pre-pandemic levels. Flying hours will need to recover to 80% of 2019 levels for the company to reach its free cash flow target of £750 million next year.

Rolls Royce still expects to see total free cash outflows of £2 billion this year, which would be half of the £4 billion loss last year. But the company does expect to return to a positive cash flow position by the end of the year. A restructuring programme to reduce the staff headcount by about 20%, 9000 jobs, has now largely been completed.

Around £2 billion are to be raised through disposals and yesterday’s quarterly report also came with news Rolls has entered exclusive negotiations with a consortium led by Bain Capital over the sale of the Spanish business ITP Aero. Rolls hope to raise around €1.6 billion (£1.36 billion).

The company has enough funds to see it through the current crisis after an emergency recapitalisation last autumn that saw £2 billion raised through a discounted share issue, £2 billion of bonds sold and an additional £1 billion in loan and overdraft facilities agreed upon.

A little over a week into 2022 we’ve already experienced some major market movements.... END_OF_DOCUMENT_TOKEN_TO_BE_REPLACED

One of the FTSE 100’s current disadvantages, when it has come to attracting international... END_OF_DOCUMENT_TOKEN_TO_BE_REPLACED

Did you know you could build wealth by investing in Lego? A study suggests... END_OF_DOCUMENT_TOKEN_TO_BE_REPLACED

With most major stock markets around the world spending time at or near record... END_OF_DOCUMENT_TOKEN_TO_BE_REPLACED

For years, Baillie Gifford’s technology funds have been driving outsized returns for the mainly... END_OF_DOCUMENT_TOKEN_TO_BE_REPLACED