Rolls-Royce To Cut 9000 Jobs In Biggest Cull Since Privatisation

Rolls-Royce, the emblematic UK engineering firm, has announced the decision to cut 9000 jobs. While the decision has provoked an outcry from unions, the company says it had little choice, based on forecasts for a 30% drop in medium-term demand. Most of the job losses will be in the civil aerospace division, reflecting a new reality for the aviation sector. 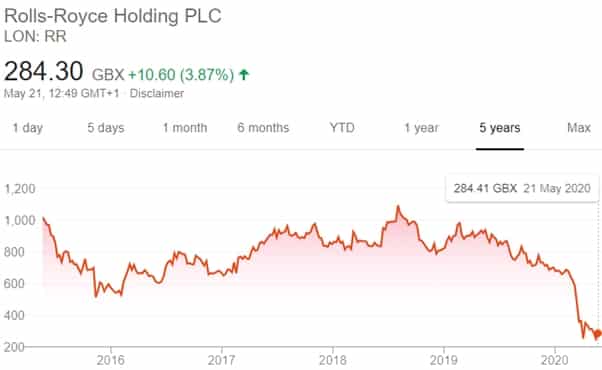 The redundancies announced represent by far the largest decision of its kind from Rolls-Royce since the company was privatised in 1987. The jobs represent around a fifth of the company’s global workforce of 52,000. With close to 70% of Rolls’ 24,000 civil aerospace jobs based in the UK, 9000 at its Derby HQ, 1000 in Solihull, 800 in Bristol and 1300 in Renfrewshire, domestic employees will bear the brunt of the cuts.

Rolls-Royce has not excluded the possibility that the restructuring could see entire sites closed. A total of £1.3 billion in annual savings is being targeted, with just over half, £700 million, expected to result from the savage reduction of the company’s workforce.

Rolls is far from the only company in the aerospace sector to be suffering. U.S. and European competitors Boeing and Airbus also expect a slump in demand and can be expected similarly make strategic decisions that their current cost bases are unsustainable.

Warren East, the Rolls-Royce CEO, defended the reductions as a “terrible prospect”, but one that is necessary as the company is forced into “difficult decisions to see our business through these unprecedented times”.

As well as its civil aerospace business, Rolls-Royce also makes engines for military aircraft such as the RAF Typhoon fighter jets, as well as marine engines for Royal Navy aircraft carriers. The company also makes engines for many international customers, with its client base spanning more than 400 airlines and 160 armed forces from more than 150 countries. The company has said that its defence business remains “robust”, and no redundancies are currently planned.

Unite, the trade union that is the UK’s largest, branded the Rolls-Royce move as “shameful opportunism”. The Unite assistant general secretary for manufacturing, Steve Turner, stated:

“This company has accepted public money to furlough thousands of workers. Unite and Britain’s taxpayers deserve a more responsible approach to a national emergency.”

The union also called for the establishment of a ‘national council for recovery’, led by the government and with the aim to “reposition UK plc and build Britain out of this dreadful situation”.

MPs for the regions most of the jobs cuts are expected to fall on also expressed concern. Darren Jones, MP for Bristol North West and the new Labour chairman of the Commons’ business, energy and industrial strategy select committee also asked the government to step up with“credible plans to protect the British manufacturing capabilities that will be crucial for our recovery”.

“We stand ready to support those who may be affected and their families” and would “continue to work closely with the company to ensure it can sustain investment” in UK aerospace technology.

Rolls-Royce also didn’t enter the Covid-19 pandemic in the strongest possible position. It has faced a huge bill in connection to its problematic Trent 1000 engines and has issued multiple profit warnings in recent years.

The cost of redundancy payments and other expenses association with the deep restructuring planned is expected to come in at around £800 million over the next two years. The Rolls-Royce share price is up almost 4% in trading today, compared to a 0.35% loss for the benchmark FTSE 100.