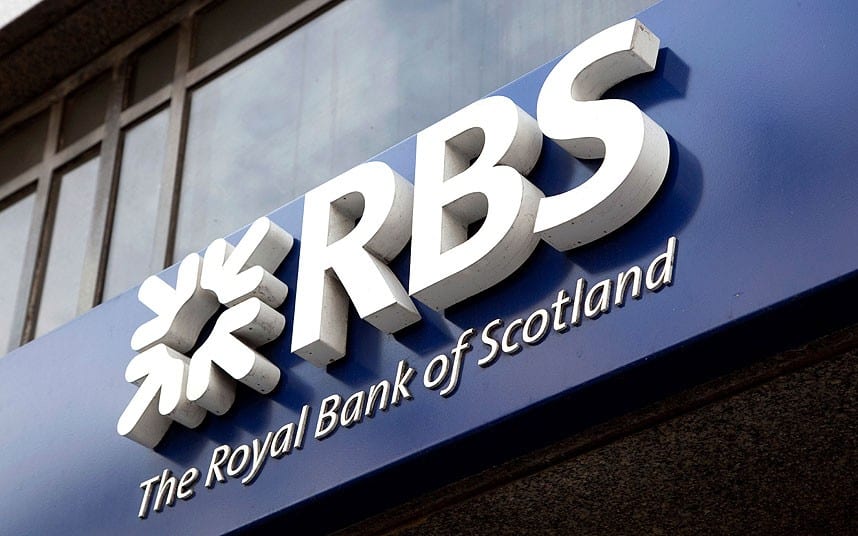 The Royal Bank of Scotland or RBS is a UK-based bank with headquarters in Edinburgh, Scotland. It is one of the retail subsidiaries of The Royal Bank of Scotland Group plc. RBS is primarily focussed on Scotland with approximately 700 branches but it has branches in Wales and England as well. Apart from that, it serves its customers in Europe, Asia Pacific and the US. The banking group has approximately 92,400 employees who serve customers in different parts of the world.

Royal Bank of Scotland was founded in the year 1727 in Edinburgh. The banking group consists of a number of banks in the past which served wide variety of UK communities. They gradually combined to become RBS as it is known today.

Some of the banks which make up the banking group include Child & Co, Coutts and Drummonds. Out of these, Child & Co is the oldest and most famous with origin in 1640s. A comparatively recent one is NatWest which has a history of 300 years in banking. It has presence across England and Wales.

RBS has specialist brands which includes Lombard, Ulster Bank and Isle of Man Bank among others. Lombard originally began as a railway wagon leasing company in 1861. Ulster Bank was founded in 1836 and went on to become one of the most famous brands.

Members of the Executive Committee:

Members of the board of directors:

There have been mixed results for Royal Bank of Scotland. The bank is facing demand from investors to restrain executive pay and it plans to curb bonuses. RBS is also facing legal problems. It has been sued by retail investors for not revealing its actual financial status in 2008 when its £12bn rights issue came out. The bank is facing huge legal costs related to the lawsuit which stands at £6.5mln.

“The costs we are having to meet are high because of the extraordinary breadth and complexity of the case”.

“And it is normal practice under company law, and indeed it is a legal obligation for the bank, that directors should be indemnified in relation to any third party civil legal action arising from their tenure at the bank.”

Barclays suffers £1.2bn loss for first half of the year and sets aside additional £700m for PPI

That the international travel sector is, thanks to the Covid-19 pandemic, in a bit... END_OF_DOCUMENT_TOKEN_TO_BE_REPLACED

With a growing number of economists arguing there is a high chance we are... END_OF_DOCUMENT_TOKEN_TO_BE_REPLACED

While most still caveat the argument with the get-out clause it is far from... END_OF_DOCUMENT_TOKEN_TO_BE_REPLACED

Natural gas prices have rocketed with Russia accused of managing supply to drive up... END_OF_DOCUMENT_TOKEN_TO_BE_REPLACED

After their valuations boomed in 2020, the UK’s online fast-fashion giants of Asos and... END_OF_DOCUMENT_TOKEN_TO_BE_REPLACED