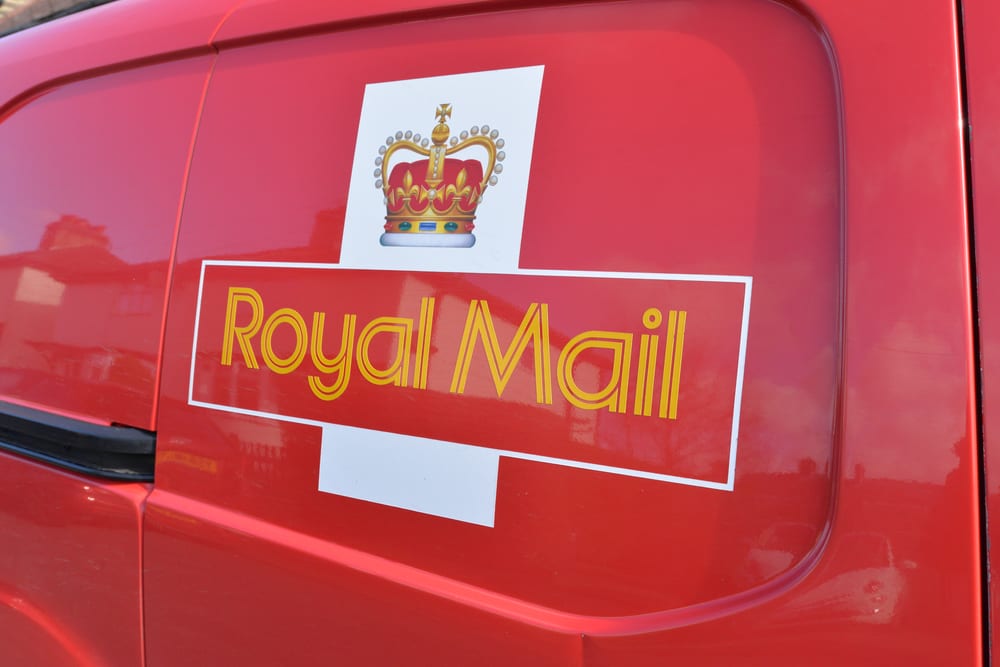 The Royal Mail share price has fallen to a 3.6% loss in early trading this morning after the postal service announced a £180 million loss over the spring and summer months. The financial result prompted the company to call for a review of the universal service obligation it agreed to as a requirement of being allowed to go private seven years ago. Royal Mail is obliged to deliver to any address in the UK six days a week at one price. The company insists that, in its present form, the agreement is not commercially sustainable. 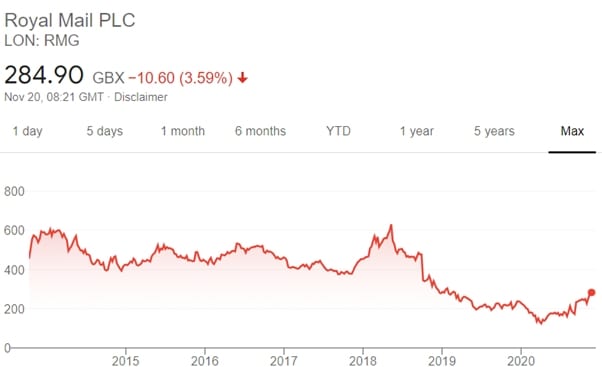 The loss over the six months to the end of September was deepened by a huge 33% drop in letter volumes over the period. While physical letters being posted is a market that has been in steady decline for years due to the influence of emails and electronic messaging, contraction rates have until now been in the single digits. This year, that drop off in traditional letter sending has accelerated sharply.

However, Royal Mail has seen the drop in letter deliveries compensated for by a leap in the volume of parcels being posted. The Covid-19 pandemic has also accelerated the transition to online shopping, sending overall UK postal revenues up 5%. However, the Royal Mails less technologically advanced processes, which still involve manual sorting, puts it at a significant cost disadvantage compared to couriers such as DHL, UPS and ecommerce giant Amazon’s own inhouse delivery service.

Royal Mail estimates its costs have increased by £95 million, due to coping with the increase in the number of parcels it processes. Another £85 million in costs was incurred by having to invest in changing work processes and buying PPE for staff over the pandemic.

Royal Mail is currently in the middle of a multi-year restructuring process that is reducing its currently 150,000-strong workforce. Redundancy payments have cost it £147 million.

Despite the negatives, Royal Mail says that it expects to at least break even over its full financial year to the end of March, thanks to increased parcel volumes and improving its handling and delivery processes. The company now delivers more parcels than letters.

However, executive Keith Williams believes that changes to the company’s duty of delivery will have to be made if sustainable profitability is to be achieved, stating:

“Whilst we have done exceptionally well in terms of revenue and have seen real growth for the first time since privatisation, as anticipated the reduction in letter volumes has had a significant impact and demonstrates the need for change in the universal service.”

Royal Mail has been without a chief executive since Rico Back was removed from the position in spring, with Mr Williams, once chief executive of British Airways, currently filling in as executive chairman. A new appointment is expected to be announced soon, with candidates including current finance director Stuart Simpson and Sue Whalley, who was the company’s chief operating officer until she resigned two years ago following the appointment of Mr Back as chief executive.

Royal Mail’s most profitable business is GLS, its international courier division. When its revenues are included, Royal Mail posted pre-tax profits of £37 million. GLS’s profits, the courier delivers around Europe and in the USA, almost doubled to £166 million with revenues up by over 20%. GLS’s performance highlights how slow the main Royal Mail business has been in adapting to the modern economy.

Online shopping is expected to see Royal Mail’s UK revenues increase by between £380 million and £580 million over the full year.