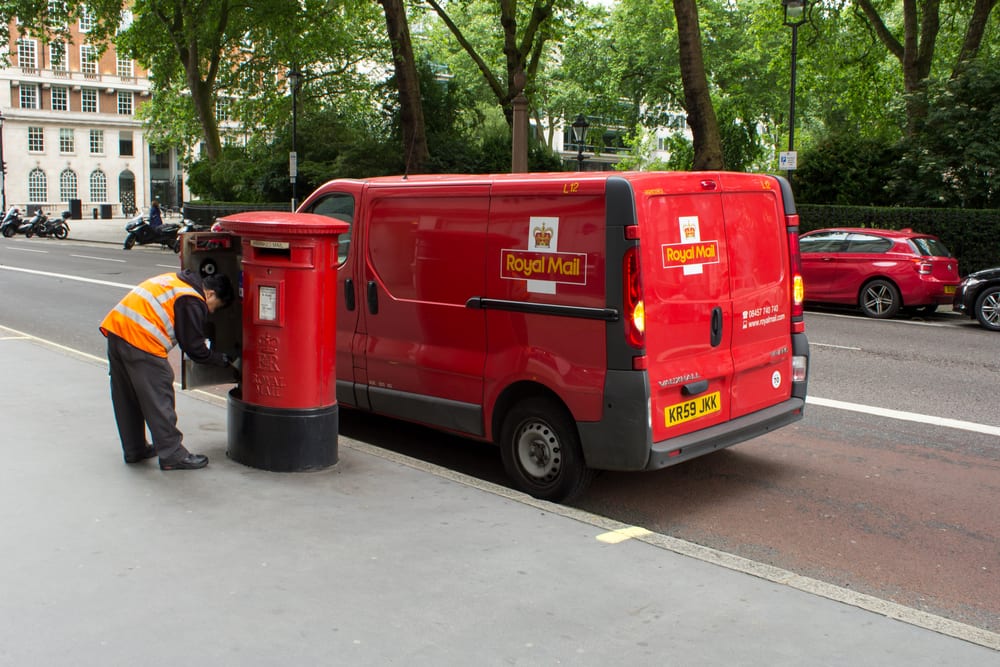 The Royal Mail share price has dipped by 1.3% today despite the surge in e-commerce activity over the Covid-19 pandemic delivering a record profit of £726 million for the postal service. Investors were ironically left dissatisfied by the record annual surplus after some analysts had expected cost-cutting measures that have slashed the company’s middle-management numbers to result in an even higher figure.

Early signs parcel delivery volumes may now be dropping back as lockdown restrictions ease also gave cause for some concern. Especially because the company declined to offer any forward guidance for the current financial year. 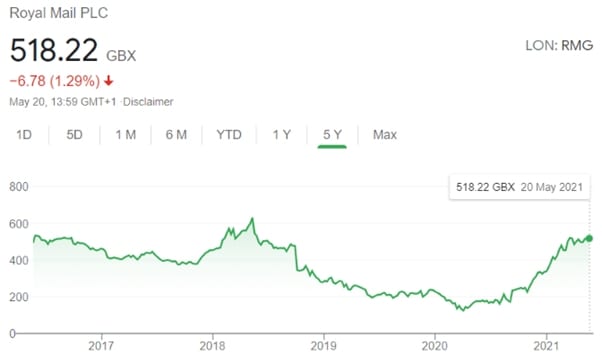 The Royal Mail board’s reticence to make predictions about how its business will fare over the still uncertain months ahead are perhaps understandable given just how badly it got wrong previous forecasts about how the pandemic would influence conditions last year. This time around the company has provided a direct admission it doesn’t know what the presumed end to lockdown measures over the summer means.

Just a year ago Royal Mail placed a major question mark over the sustainability of its business model under the conditions that were placed on it when privatised. Namely that it is obliged to deliver to all parts of the UK, no matter how commercially unviable under a blanket pricing structure, six days a week.

That led to a warning near the beginning of the pandemic that it expected its business to be “materially lossmaking in 2020/21”. In fact, the year turned out to be its most profitable ever as the delivery sector became big pandemic winners. Operating profits for the domestic business almost trebled to £394 million on a just 12% increase in revenues to £8.6 billion.

Royal Mail also owns the international courier company GLS. Its operating profits came in at £358 million from revenues of £4 billion, taking combined group net revenue to £726 for the 12 months to the end of March. Group revenues were up 16% in total for profits more than 400% higher than the pre-pandemic 2019/20 tax year.

Parcel deliveries were up 32% on the year before and even letters, seemingly in irreversible decline, saw their volumes grow 20%. Parcels delivery now accounts for 72% of Royal Mail’s business compared to around 50% just a few years ago.

But despite the surge in profits, investors will see the dividend for the year drop to 10p-a-share compared to the 25p paid out on much lower revenues the previous year. Even the 20p-a-share dividend Royal Mail said it hoped to pay out on the current financial year represents a 20% drop on the pre-pandemic figure.

“As the outlook for 2021-22 contains a number of uncertainties that could significantly influence volumes and costs it is difficult to provide specific guidance for 2021-22 for Royal Mail.”

City analysts have predicted a potential fall of around 10% in parcel volumes this year compared to last as bricks-and-mortar shopping fully opens up again. That would be expected to see the net profit figure fall by at least £100 million compared to that reported today.

Bitcoin plunges continues to below $40,000 as China bans cryptocurrencies

Britain told to strengthen its role as globally open market