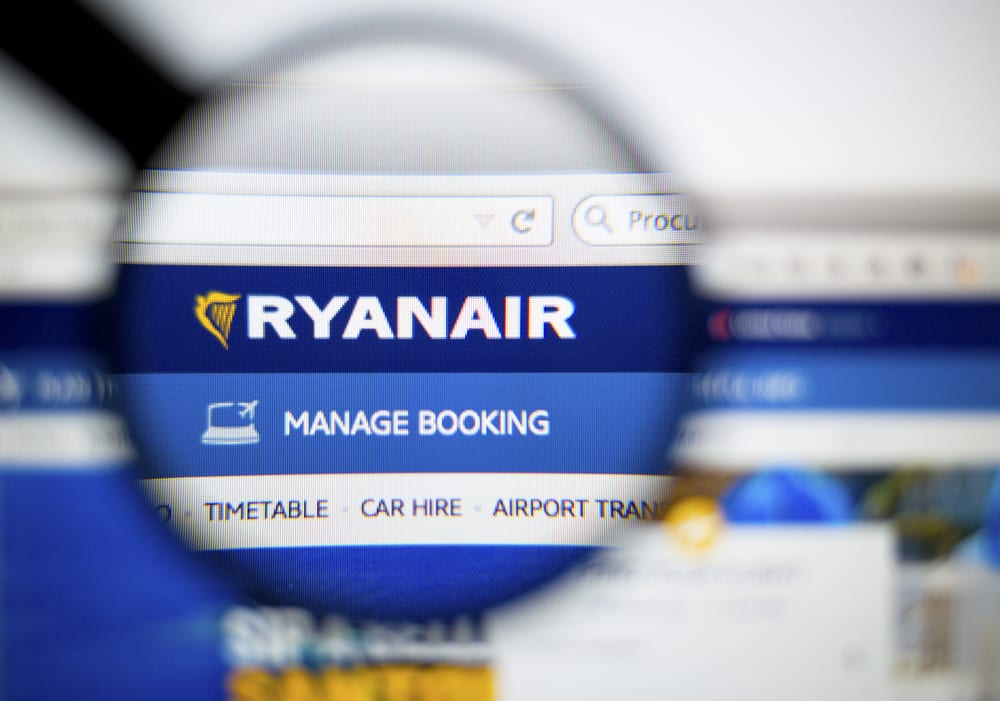 The Ryanair share price gained over 4% yesterday after the budget airline, Europe’s busiest carrier, said it plans to be operating at least 80% of its pre-coronavirus schedule by July. The confidence is based on the belief vaccinations will bring leisure travel restriction rules in the UK and Europe by the peak summer months.

The Irish company also informed investors that passenger numbers slumped 82% to 27 million over the 12 months since the onset of pandemic restrictions. It has resigned itself to the fact this year’s usually busy Easter period will again be a complete washout this year. Ryanair is also cautious on its prospects over the April-June quarter, when it expects its schedule and passenger numbers to reach a maximum of 50% of 2019 levels. 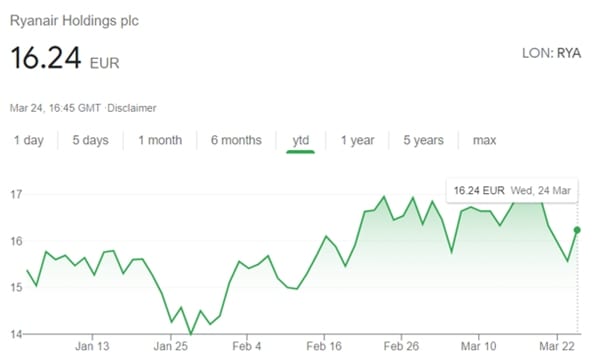 But renewed optimism that the worst will finally be behind the civil aviation industry from July onwards is welcome news for investors. Yesterday’s announcement included the unveiling of Ryanair’s summer schedule. It plans to operate 80 aircraft from 23 airports, covering 480 routes for a total of 2300 flights a week.

The airline is also relaunching services from Belfast City airport after a period of 11 years. It will pick up demand left uncatered to since the collapse of rival budget airline Flybe, which was the main operator of flights out of Northern Ireland. Ryanair will be hoping to gain further market share from rivals left weakened, or like Flybe defunct, by the ravages of the pandemic over the last year.

“We believe there will be a big easing of travel restrictions to the point of doing away with them. The UK’s vaccination programme has been spectacularly successful and Europe expects to have vaccinated 70 per cent of its adult population by the end of June.”

It should, however, be noted that O’Leary’s forecasting over the course of the pandemic has so far proven to be optimistic. Actual passenger numbers of 27 million over the company’s March to March financial year came in at the bottom of his forecast range of 26 million to 30 million, made just 7 weeks earlier. That forecast was itself the company’s seventh downward revision of expected passenger numbers over the course of the financial year.

That has resulted in greater caution when it comes to forecasting the current financial year through to March 2022. O’Leary declined to offer guidance, stating that it is currently impossible to predict next winter’s conditions. He would only be drawn on his guidance for the period to the end of the summer season, saying:

The company will also face delays to taking receipt of 210 £100 million Boeing 737 Max jets it has ordered. Able to carry 4% more passengers on 16% less fuel than Ryanair’s current fleet, the new models have been referred to by the company as a commercial and financial “gamechanger”.

However, after two fatal crashes grounded the new model for 18 months there will be delays to the aircraft receiving certification to fly in Europe, despite thorough technical audits giving the model the all-clear. Those delays mean Ryanair will take receipt of just 16 of the Max jets this summer, down from the original plan for 24.