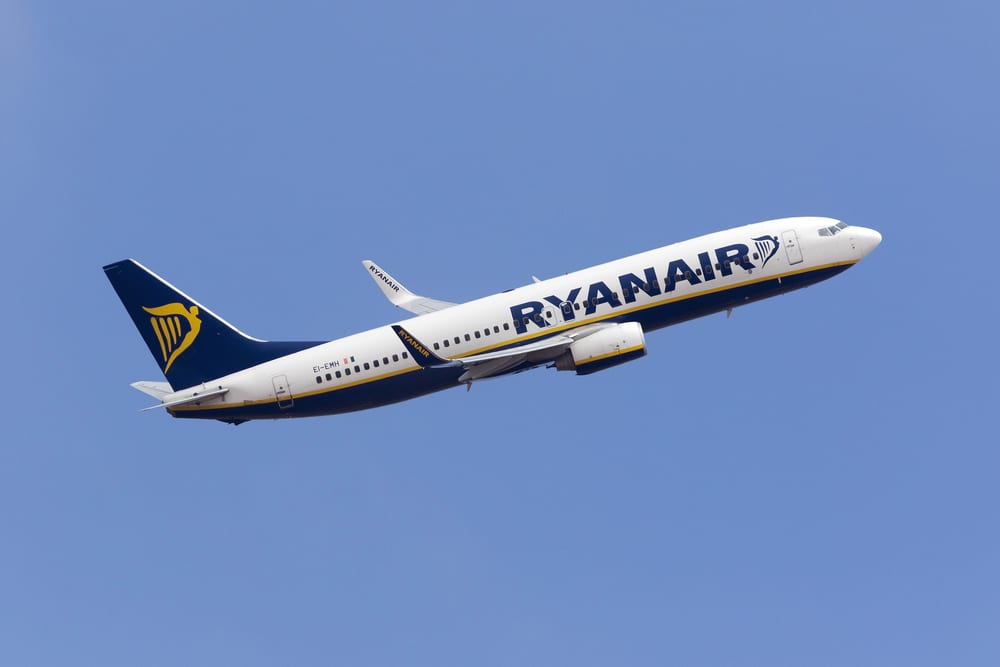 The Ryanair share price has gained 1.55% in early trading this morning despite the Irish budget airline announcing an €815 million annual loss after pandemic restrictions grounded much of its usual schedule. That’s not quite enough to claw back yesterday’s 2.4% drop in the share price but an indication the market may now see at least some light at the end of the tunnel.

Investors have clearly been encouraged by chief executive David O’Leary’s comments he believes European restrictions dropping by the peak travel months of July, August and September would see the airline come close to achieving breakeven this year.

O’Leary thinks pent-up demand could see Ryanair fly up to 80% of its pre-pandemic services schedule over the peak summer months. He also informed investors the airline is expanding into flight routes and regions where rivals are struggling or have already failed. 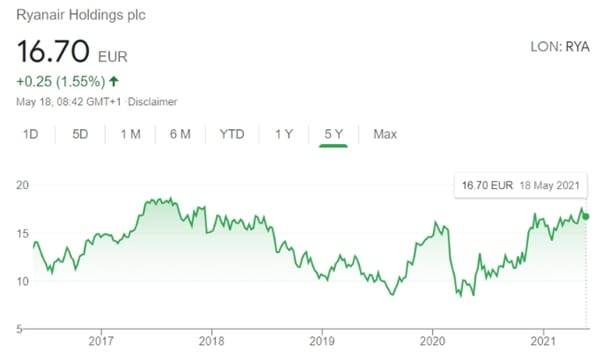 However, the company also said a lack of clarity around summer tourism rules means it is not currently in a position to offer shareholders a forecast they can rely on. Its statement read:

“It is impossible to provide meaningful full-year guidance at this time. We cautiously believe that the likely outcome for the full year is currently close to break-even, assuming that a successful rollout of vaccines this summer allows a timely easing of European government travel restrictions on intra-European traffic in time for the peak travel period of July, August and September.”

Before the possibility of a summer return to sustainable levels of business, Ryanair told investors passenger numbers over the current quarter are expected to be even lower than the average fall from pre-coronavirus times over the previous year. Over the first quarter of the calendar year to the end of March, Ryanair carried just 27.5 million passengers, representing an 81% drop on the same three months in 2019. Over the current quarter, the airline expects to carry between 5 and 6 million passengers. That would be a drop of between 85% and 88% on the 42 million tickets sold between April and June in 2019.

Ryanair is Europe’s busiest short-haul airline and would under normal circumstances have expected to carry 160 million passengers last year. That would have been expected to have resulted in a profit at least equaling the €1 billion banked over 2019 instead of the €815 million loss it ultimately booked. Pre-pandemic revenues totalled €8.49 billion compared to €1.64 billion over the past 12 months.

One cloud that could hang over the Ryanair share price this week is the fact boss O’Leary has been consistently overly optimistic in his predictions. Governments have consistently quashed his hopes with their cautious approach to loosening travel restrictions and quarantine requirements.

His most recently expressed prediction is for Ryanair to manage to carry up to around 80 million passengers this year. That would represent 300% growth on the previous year but is still down over 50% on what would have been expected if the Covid-19 pandemic had not struck.

He said that pent-up demand from people for summer holidays could lead to the airline flying as much as 80 per cent of its services later in the summer. He said that Ryanair was expanding into regions where rivals have failed or are failing.

One positive is that after slashing its overheads during the past year, 2021 losses will not, even in the worst-case scenario, come close to the €815 million total revealed yesterday. O’Leary said his hopes of breaking even this year, or getting close, will rest on several revenue and cost factors.

Ryanair is negotiating with unions over pay cuts of up to 20% for its workforce, which would represent a significant saving. It is also aiming to renegotiate contracts at its main airport bases of London Stansted, Brussels Charleroi, and Milan Bergamo.

The airline does, however, have plenty of financial firepower to come out of the crisis in a strong position. With access to €3.15 billion in cash, it could well capitalise on the financial weakness of rivals. That is perhaps a big factor in O’Leary sticking to a prediction for a post-pandemic period that will see Ryanair carry 200 million passengers a year by 2026.