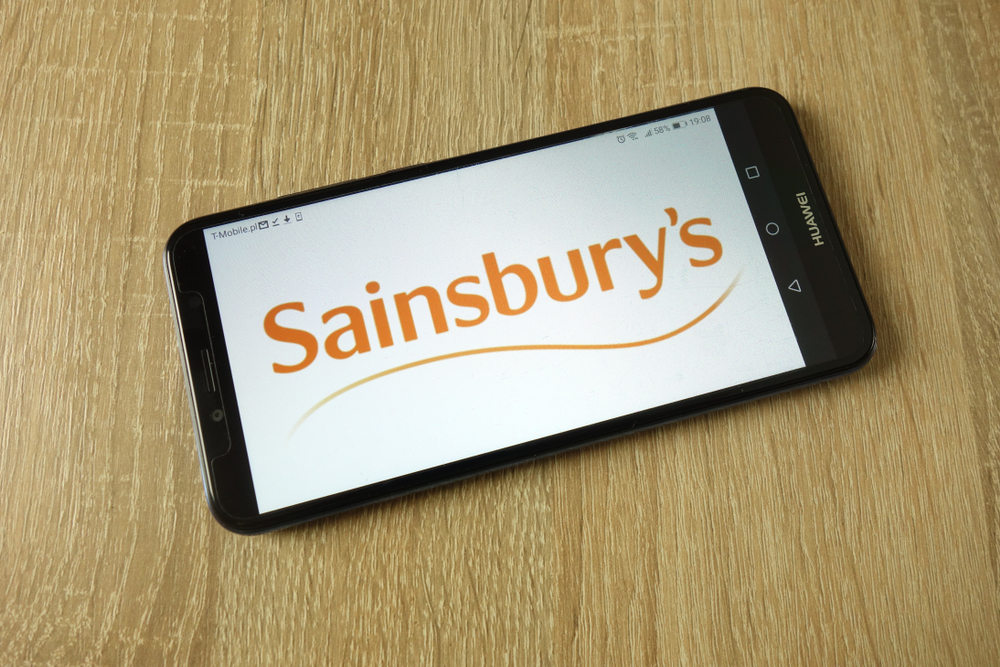 The share price of J Sainsbury has dropped by 2.7% today despite the supermarket chain, the UK’s second largest by market share, announcing profits growth of 23%. The growing profit figure was put down to the company largely overcoming supply chain troubles and winning back customers from rivals including Tesco, Asda, Morrisons and the German discounters Lidl and Aldi.

Despite the surge in profits announced, the Sainsbury’s share price dropped 3% yesterday taking losses for the week to almost 6%. Despite a generally upbeat set of results that came in ahead of analyst expectations, investors appear to have had their confidence shaken by the general “labour and supply chain challenges” chief executive Simon Robers warns are expected to affect supermarkets for at least another several months. 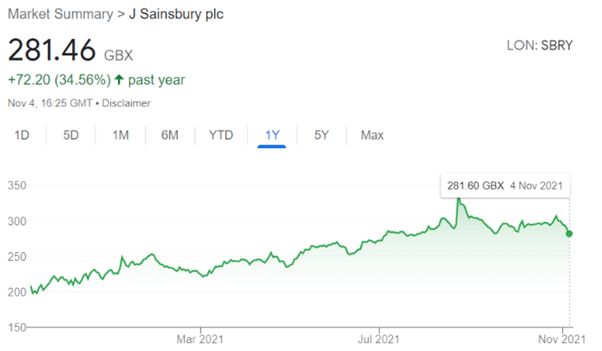 Other notes of caution came in the form of forward guidance Sainbury’s expects customer behaviour to “normalise” not that pandemic restrictions are largely behind us meaning future growth in grocery sales are expected to be “moderate”. Another cloud on the horizon is the likelihood that Argos, the consumer goods retailer also owned by the company, could see Christmas sales hit by inventory issues.

The Sainsbury’s share price has also recently benefitted from takeover speculation, a major influence in the near 35% increase in the company’s valuation over the past 12 months. With Morrisons and Asda both recently sold to private equity groups it would be no surprise if Sainsbury’s faces bids of its own over the next. However, the share price slip this week also looks like some of those gains being given up after a period during which speculation over imminent potential bids has died down.

Despite the caveats, Sainsbury’s has had a strong few months leading up to the 23% improvement in headline profits to £317 million over the six months to September 18. Statutory pre-tax profits were £389 million compared to a £179 million loss last year when significant charges were booked in connection to the Argos restructuring. Forward guidance for full year profits expected to come in at £660 million was maintained yesterday.

Food sales over the period were up 0.8% on last year and 9.1% higher than those of two years ago before the onset of the Covid-19 pandemic. While growth in groceries sales is modest it is ahead of forecasts that supermarkets could face a contraction in sales this year after the previous year’s stockpiling at the onset of the pandemic and shopping baskets increasing due to people spending more time at home during lockdown periods.

“We are making good progress delivering our plan to put food back at the heart of Sainsbury’s. We have grown market share through improving value for customers, tripling our rate of food innovation and delivering customer satisfaction ahead of our key competitors.”

Argos sales were down 7.3% on last year when they were boosted by consumers buying home office equipment and things like computer games when lockdowns started in spring 2020 and many consumer goods rivals were forced to shut down. Argos outlets were able to continue to work because they are located inside Sainsbury’s supermarkets. However, the sales figures were still up 2.7% on two years ago when conditions were more comparable. 86% of Argos sales are now made online.

That the international travel sector is, thanks to the Covid-19 pandemic, in a bit... END_OF_DOCUMENT_TOKEN_TO_BE_REPLACED

With a growing number of economists arguing there is a high chance we are... END_OF_DOCUMENT_TOKEN_TO_BE_REPLACED

While most still caveat the argument with the get-out clause it is far from... END_OF_DOCUMENT_TOKEN_TO_BE_REPLACED

Natural gas prices have rocketed with Russia accused of managing supply to drive up... END_OF_DOCUMENT_TOKEN_TO_BE_REPLACED

After their valuations boomed in 2020, the UK’s online fast-fashion giants of Asos and... END_OF_DOCUMENT_TOKEN_TO_BE_REPLACED