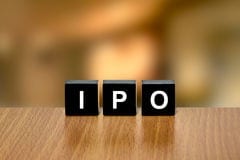 For many of those investing online in ISAs and SIPPs, the prospect of what promised to be the biggest IPO in history was an intriguing one. For the past couple of years the world’s biggest stock exchanges, from London and New York to Hong Kong, have been battling to win the proposed public listing of Aramco, Saudi Arabia’s state-owned oil company. The prize was for the victor promised to be huge, with a $2 trillion market capitalisation mooted.

Even if only 5% of the company’s total shares were planned to be floated, raising $100 billion in capital to bolster the desert kingdom’s sovereign wealth fund, the Aramco IPO would have been the biggest to have ever taken place.

However, Saudi energy minister Khalid al-Falih, who is also Aramco’s chairman, confirmed this week that the planned float has been put on ice for the foreseeable future. While he insisted that the proposed IPO has simply been delayed until ‘the time is right’, and not cancelled, investors will now have legitimate doubts as to the real prospects of the listing going ahead at some future point. As well as producing circa. 10 million barrels of oil a day, Saudi Aramco also manages the kingdom’s oil reserves, estimated at 260 billion barrels.

The flotation was announced in 2016 by Saudi Arabia’s Crown Prince Mohammed bin Salman as part of his ambitious economic modernisation strategy, designed to diversify the kingdom’s reliance on oil revenues. The capital raised would have been diverted into Saudi Arabia’s huge Public Investment Fund (PIF), which holds significant stakes in major Western tech companies such as Tesla and Uber and is a cornerstone investor in Softbank’s tech-focused Vision Fund. The crown prince believes that the kingdom’s post oil-era future depends upon investing current oil revenues into acquiring major shareholdings in the technology companies forecast to be the major economic powers in the world a few decades from now.

Having shelved the Aramco float, Riyadh is now said to be working on deals to plug the funding gap by securing $12 billion (£9.33 billion) in international bank loans. Aramco is has switched its focus to concluding a deal to acquire a 70% stake in Sabic, the Saudi petrochemicals company. The move is expected to cost Aramco $70 billion (£54.43 billion).

After a few tough years, those investing online in the oil and gas sector have generally recorded strong gains in the period since oil prices hit a low of below $30 a barrel in 2016. An OPEC decision to slash production from the beginning of 2017, supported by Russia and several other major non-OPEC oil producing nations, has since seen prices recover to largely hold between $65 and $70 a barrel. That has boosted profits for oil and gas companies considerably and led to a spate of mergers and acquisitions as well as a new wave of investment for the first time in several years.

The timing around re-awakening the Saudi Aramco float will depend upon “multiple factors” including “favourable market conditions” and the outcome of the proposed Sabic acquisition.

Investing online is easier than ever

A little over a week into 2022 we’ve already experienced some major market movements.... END_OF_DOCUMENT_TOKEN_TO_BE_REPLACED

One of the FTSE 100’s current disadvantages, when it has come to attracting international... END_OF_DOCUMENT_TOKEN_TO_BE_REPLACED

Did you know you could build wealth by investing in Lego? A study suggests... END_OF_DOCUMENT_TOKEN_TO_BE_REPLACED

With most major stock markets around the world spending time at or near record... END_OF_DOCUMENT_TOKEN_TO_BE_REPLACED

For years, Baillie Gifford’s technology funds have been driving outsized returns for the mainly... END_OF_DOCUMENT_TOKEN_TO_BE_REPLACED