Shell chief executive Ben van Beurden has taken advantage of the oil and gas giant’s share price surge by cashing in £3.9 million worth of stock. The company’s valuation is up 16.6% this month after it last week reported a quadrupling of annual profits thanks to rising oil prices. The share price has improved by over 20% since the start of 2022 and 54% over the past 12 months.

A regulatory filing showed Mr van Beurden disposed of 190,000 shares on Monday at £20.40 each. If he’d waited until today he would have banked another £9500 though presumably isn’t overly distraught at missing out. 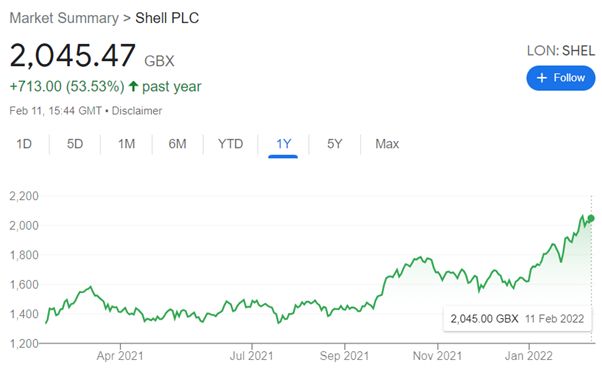 The company declined to comment on the transaction describing it as a “private matter”. It might help the van Beurden family cover some expenses relating to their recent relocation to the UK from the Netherlands. Mr van Beurden is moving to London along with Shell’s official headquarters which were previously located in the Hague. Shell’s decision to move its corporate headquarters to London is a result of a decision to simplify the corporate structure and discontinue its dual share structure.

Having put the family home in an upmarket suburb of the Hague up for sale in November van Beurden is reportedly looking for a property in London. While properties in the Wassenaar suburb are no snip, they are also not on the same level as London piles so the £3.9 million might help make up the difference.

However, having earned over €83 million between salary, bonuses, share awards and pension contributions for his work since taking over as chief executive in 2014, he joined the company in 1983, he presumably won’t struggle too badly to make ends meet in the capital.

Shell is Europe’s biggest oil and gas group and last week it reported a quadrupling of underlying annual profits to $19.3 billion for 2021. The government is reportedly considering a windfall tax on the outsized profits of energy companies to help cover cost of living awards to help British families cope with a leap in the cost of living, especially energy bills.

However, Mr van Beurden this week warned against such a move, cautioning that it would not help consumers because it would reduce investment, impacting on future supply.