Should you be investing in trainers? A introductory guide to the new collectibles category 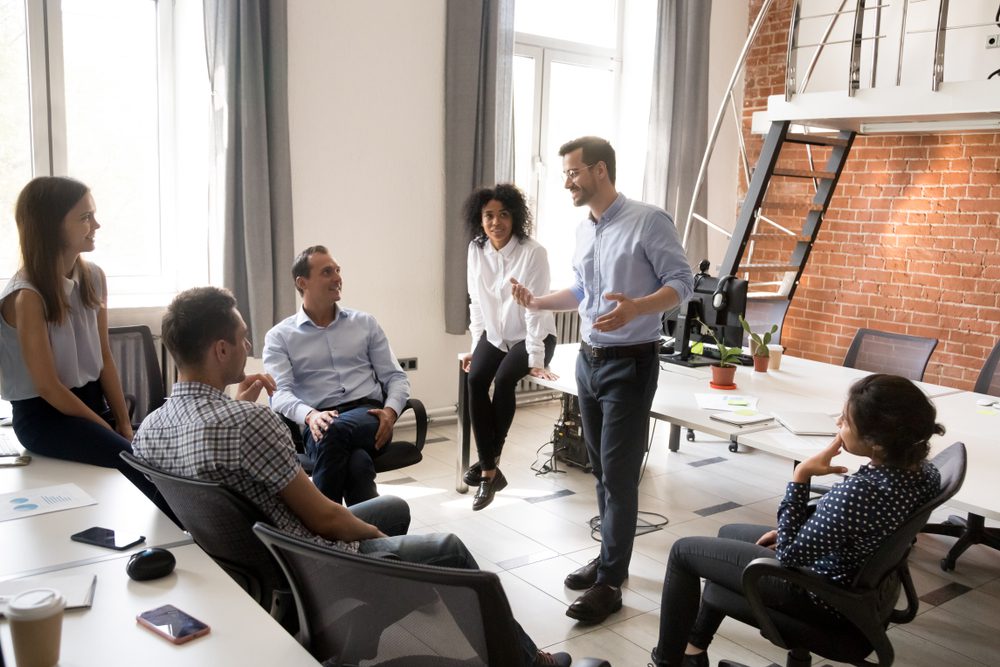 The value of the trainers, or sneakers as they are known in North America and most of the rest of the English speaking world, has tripled over the past ten years and now accounts for over half of global footwear sales. The global sneakers industry was already worth about $2 billion in 1984 and by 2000 had reached almost $14 billion.

But over the past decade the global market for sneakers has exploded. So has their status as a newly significant category of collectibles. That in turn has driven up prices, especially of rare, sought after or specially customised editions, to the extent people are now investing in sneakers. And many are making significant returns.

Value of the sneakers market worldwide from 2012 to 2025(in million U.S. dollars) 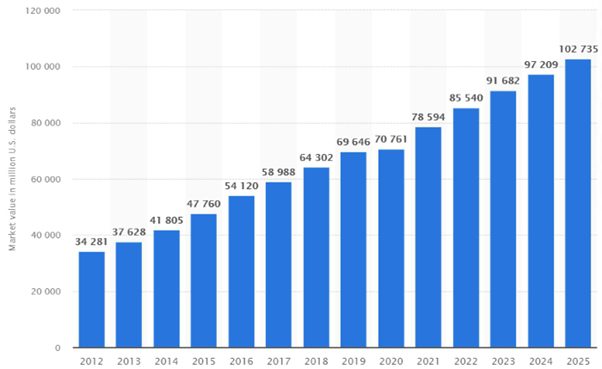 But it is in the resale market that things get interesting. Popular limited editions can end up costing thousands more than the original version of the shoe. American investment bank Piper Sandler estimates the resale market for sneakers is now worth $10 billion, up from just $6 billion in 2019. Cowen Equity Research, which classified sneakers as an emerging alternative asset class in 2019, forecasts that the value of the resale market will hit $30 billion by 2030. That’s 300% growth over the next 9 years at an annualised average of over 33%.

In a research note on sneakers as an investment, Cowen analysts wrote:

“With a growing base of passionate investors, a growing source of supply and authentication, sneakers: 1) earns illiquidity premiums; 2) provides diversification – non-correlated with traditional asset classes; and 3) earns favorable risk-reward characteristics.”

The market’s growth has also accelerated over the course of the Covid-19 pandemic but Cowen analyst John Kernan doesn’t think interest will fall away again once it ends, tell Yahoo Finance:

“I think the sneakerheads got more involved as COVID-19 picked up. There are new customers out there. They’re acquiring new consumers. They’ve never done this before either. So I don’t think it’s a fad. I think when you’re talking to price points that these things are going for this, isn’t a fad. Fads are cheap fashion-driven or trend-driven things. Fads aren’t $500 items.”

What kinds of trainers are collectable and investible?

Air Jordans, which first appeared in the 1980s after Nike struck up a partnership with the basketball superstar Michael Jordan, are considered to be the first trainers regarded as collectables. Jordan hasn’t been a professional basketball player since 2003 but the sneakers that bear his name have continued to grow in popularity.

Adidas is the other sneakers manufacturer with the most lines considered as collectables. Its limited edition Yeezy lines, as well as Stan Smith, Gazelle and Samba models are among the most popular with collectors.

But it’s not only Nike and Adidas trainers that qualify as collectables. Kernan mentions New Balance as another brand gaining in popularity and Vans also have a following.

How to buy investable trainers

If you are interested in investing in trainers, or simply collecting rare editions for personal pleasure, where would you actually go to buy them? It first depends if you are buying new shoes or previously owned pairs on the resale market.

Getting your hands on a pair of new, limited edition trainers can be quite an effort. In the past, they were released via retailers in ‘drops’ with buyers regularly lining up to try and buy a pair sometimes days in advance. There have been several incidents of buyers being violently robbed of their hard-won prizes and people being injured in stampedes.

The result is most retailers now sell limited edition ‘drops’ via a raffle system, with buyers registering for a chance to buy a pair. That can usually be done either in-store or via e-commerce sites. There are even whole, successful, businesses now based on limited edition trainer drops, like the UK-based website called The Sole Supplier founder by George Sullivan. The website aggregates information on sneaker retailers, their raffles, quizzes and release dates, to make it easier for people to shop sneaker drops.

The fastest way to make money on sneakers is generally considered to be getting your hands on a limited edition pair at their retail price and then selling them on. StockX, the largest online platform for reselling sneakers and other collectable wearables, have seen a pair of limited-edition Nikes bought at $250 at retail sold on for $40,000.

“Anyone that managed to get their hands on a pair of Air Jordans from the first Virgil Abloh’s Off White x Nike collaboration for example bought the shoes at $200 or $250 at retail and could resell them immediately for $1500. There’s massive profit to be made. Because that exists, every single person wants to be able to buy it at the retail price, which means it’s almost impossible.”

Luber tells of 15 and 16 year olds smart enough to code bots to exploit online raffles and other ‘drop’ mechanisms to snap up multiple pairs of collectable trainers at retail prices before selling them on for thousands in profit.

StockX was most recently valued at whopping $3.8 billion and counts Google’s investment arm GV (formerly known as Google Ventures), Battery Ventures, Eminem, Mark Wahlberg, and Scooter Braun among its investors. The company, which makes its money from a cut on sales that take place over the platform, is expected to sell $1 billion worth of sneakers and streetwear this year.

It’s also expected to go public with a listing that could take place as soon as before the end of this year. Buying shares in the company will offer another way to invest in collectable trainers.

Other online marketplaces where sneakers make up a large part of the transactions include:

If you can’t get your hands on collectable trainers at retail prices there is still plenty of opportunity to potentially make a solid profit from buying on the resale market and selling them on if their price rises.

Should you invest in trainers?

Like any collectables, sneakers are very much an alternative investment and shouldn’t be thought of in the same way as liquid financial instruments and traditional asset classes. It’s certainly possible to make money investing in trainers but to do so you will need to understand the market and be able to anticipate trends. Most investors who make money from reselling trainers are also collectors themselves.

Alternatively, you could invest in the companies that make popular limited edition trainers, like Nike, Adidas and New Balance.  The brands themselves don’t benefit directly from the resale market for limited editions but are doing very well indeed from the hype the market has created.

The Adidas share price is up a more modest but still very strong 116% over the past 5 years. Listed in Germany, where valuations are typically lower than for comparable firms on Wall Street, the company trades at a price to earnings multiple of 64.78 to Nike’s 46.75, suggesting the latter may represent greater potential upside.

A little over a week into 2022 we’ve already experienced some major market movements.... END_OF_DOCUMENT_TOKEN_TO_BE_REPLACED

One of the FTSE 100’s current disadvantages, when it has come to attracting international... END_OF_DOCUMENT_TOKEN_TO_BE_REPLACED

Did you know you could build wealth by investing in Lego? A study suggests... END_OF_DOCUMENT_TOKEN_TO_BE_REPLACED

With most major stock markets around the world spending time at or near record... END_OF_DOCUMENT_TOKEN_TO_BE_REPLACED

For years, Baillie Gifford’s technology funds have been driving outsized returns for the mainly... END_OF_DOCUMENT_TOKEN_TO_BE_REPLACED