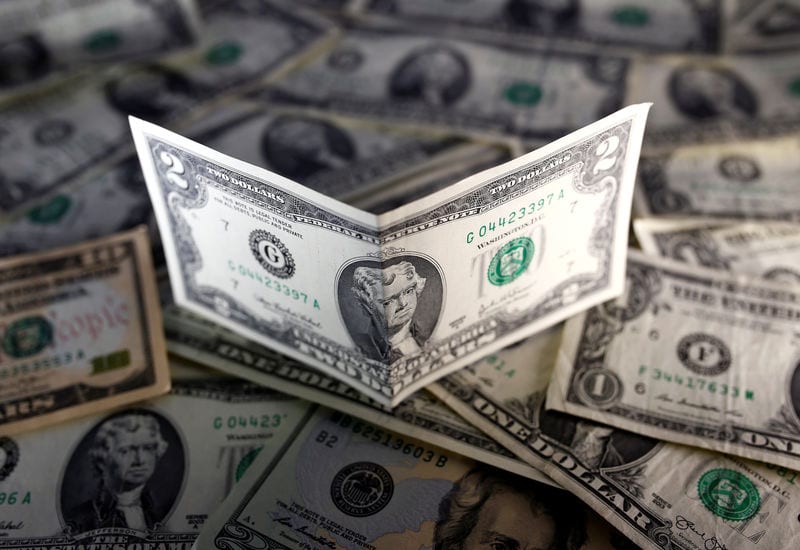 Yesterday we covered how Warren Buffet’s Berkshire Hathaway has built up a record cash pile. The analysts behind the legendary investor’s fund feel almost every asset they have weighed up over the past 12 months or so has been overvalued. The analysts at BH, many suspect, expect overvaluation of assets to come home to roost sooner or later and at that point the fund will have a vast war chest to spend on bargains. There could also be another facet to Buffet’s current approach.

Cash is not usually considered to be a wise investment as it doesn’t generate any income. Either do high growth stocks that don’t pay dividends and Buffet doesn’t like those. But could Buffet see a silver lining in holding cash in anticipation for a market downturn by also benefiting from a surging dollar many now believe will continue to go from strength to strength? For those investing online and also struggling to find stocks that offer value, could a dollar hedge be a wise investment?

Despite the fact that equity markets have now been on their longest bull run in history, markets got off to a positive start again this week in defiance of lingering concerns around a U.S.-provoked international trade war and EM jitters caused by Turkey’s money markets crisis. And perhaps that’s a warning sign. When markets just keep going up, ignoring negatives in the fervour of their optimism, investors who are longer in the tooth start to take cover.

It’s a tricky balance because the last part of a bull cycle, termed the ‘melt up’, can offer up the highest returns of the whole period. But trying to time it is hugely difficult. Get off a ‘melt up’ too late and an investment portfolio gets taken down with the subsequent correction.

For long term investors not yet approaching retirement, that shouldn’t be too much of a worry. Given a few years the market will almost certainly bounce back before going on to scale new heights. While nothing is guaranteed, it always has. Nonetheless, it still makes sense to start increasing the cash allocation of a portfolio as the end of a bull cycle starts to become anticipated. That can then be used to soften the blow of the correction by picking up cheaper assets. If the cash also grows in value, even better, and holding dollars might turn out to be a prudent move.

Hedge funds increased their net long dollar positions by almost 6% in the week to August 14th according to research compiled by BMO Capital Markets based on data from the US Commodity Futures Trading Commission. Impressive economic growth in the U.S., the Fed increasing interest rates faster than the central bank issuer of any other major currency, and the pattern of international markets recently moving into dollar-denominated markets as a safe haven have all boosted bullish dollar sentiment.

Over the past 5 months or so the greenback has gained around 6% against a basket of major peers. That’s considered surprisingly small given the headwinds in its favour and the increase in long hedge fund positions indicate that analysts believe that anomaly will be corrected over the coming months.

So, if you are planning on increasing the cash allocation of your online investment portfolio, holding at least part of that cash in dollars is certainly something worth further investigation and thought.

Should You Follow Warren Buffet’s Lead And Cash Out Investments?

Investing online is easier than ever

A little over a week into 2022 we’ve already experienced some major market movements.... END_OF_DOCUMENT_TOKEN_TO_BE_REPLACED

One of the FTSE 100’s current disadvantages, when it has come to attracting international... END_OF_DOCUMENT_TOKEN_TO_BE_REPLACED

Did you know you could build wealth by investing in Lego? A study suggests... END_OF_DOCUMENT_TOKEN_TO_BE_REPLACED

With most major stock markets around the world spending time at or near record... END_OF_DOCUMENT_TOKEN_TO_BE_REPLACED

For years, Baillie Gifford’s technology funds have been driving outsized returns for the mainly... END_OF_DOCUMENT_TOKEN_TO_BE_REPLACED