In 2000 the dotcom bubble burst, wiping out multiple technology companies with huge valuations despite little to no profits or even revenue. Others survived but saw their valuations drop drastically before either being bought up or going on to far greater heights in the years that followed. The likes of Yahoo were in the former category and Amazon and Apple in the latter.

Tech stocks, especially those that again recently attracted valuations in the billions despite little in the way of revenues and profitability, are again in a downwards spiral. It remains to be seen how deep this correction will cut but the change in investor sentiment has also hit a new tech asset class – cryptocurrencies.

Cryptocurrencies like Bitcoin, Ether, Ripple and the hundreds of other tokens and digital coins that can be traded on specialist exchanges have seen their valuations plunge this year after hitting new record heights in late 2021. The original and still market leading cryptocurrency Bitcoin has lost almost 38% of its value this year and other cryptocurrencies much more. 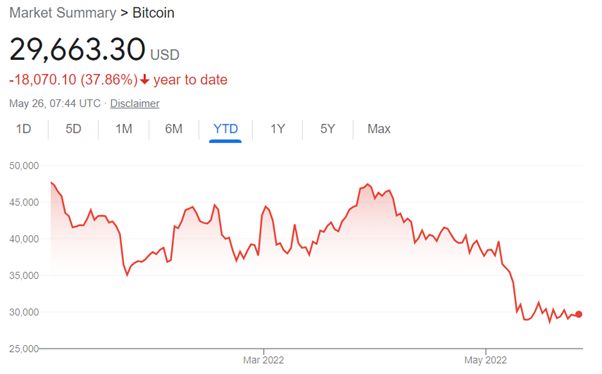 The crypto sector’s 2022 bear market has mirrored that of tech and growth stocks but has been even more pronounced. Some have called the end of cryptocurrencies and blockchain technology, writing the former off as a passing craze and huge bubble and the latter as “a solution looking for a problem”.

Others are more sanguine and see what’s happening in the space as akin to the dotcom bubble more than twenty years earlier. Crypto and blockchain valuations are resetting and a more sustainable, technologically and commercially viable sector will emerge.

The latter is clearly what the high profile Silicon Valley venture capital firm Andreessen Horwitz has faith in. It has just announced its fourth crypto fund and has, said the VC, decided to “go big”. $4.5 billion big.

The company forecasts a coming “golden era” for Web 3 technology, which covers blockchain-based technologies and cryptocurrencies it is betting will underpin the next evolution of the internet.

That the new fund has been launched now when cryptocurrency values have dropped sharply, as well as the valuations of start-ups in the blockchain space, is no coincidence. The VC believes now is the time to invest for better value ahead of a decade or so that will see Web3 come to the fore. Much like the digital economy found its feet and then grew at a spectacular pace over the two decades that followed the dotcom crash.

California-based Andreessen certainly did well from that trend as an early backer of businesses including Airbnb, Facebook and Skype. It now has around $28 billion in assets under management across its funds. Andreessen general partner Chris Dixon is convinced it is blockchain technology that will “power the next major computing cycle”.

The VC’s bet is seen as a long term play, with Dixon likening blockchain’s stage of evolution as at a similar level to personal computing in the 1980s, the internet in the 1990s and mobile telephone technology in the 2000s.

The investor’s new Crypto Fund 4 will invest $1.5 billion as seed funds awarded to start-ups and $3 billion on venture investments in companies that have already achieved a level of scale.

“Most computing cycles have ‘golden eras’ when the right mix — including new talent, viable infrastructure and community knowledge — comes together.”

“For example, with mobile computing, the golden era was 2009-11, when companies like Uber, Venmo, Snap and Instagram were started. Golden eras are when legendary teams are formed, big ideas are hatched, and great products get built.”

“We think we are now entering the golden era of Web3. Programmable blockchains are sufficiently advanced, and a diverse range of apps have reached tens of millions of users. More importantly, a massive wave of world-class talent has entered Web3 over the last year. They are brilliant and passionate and want to build a better internet.”