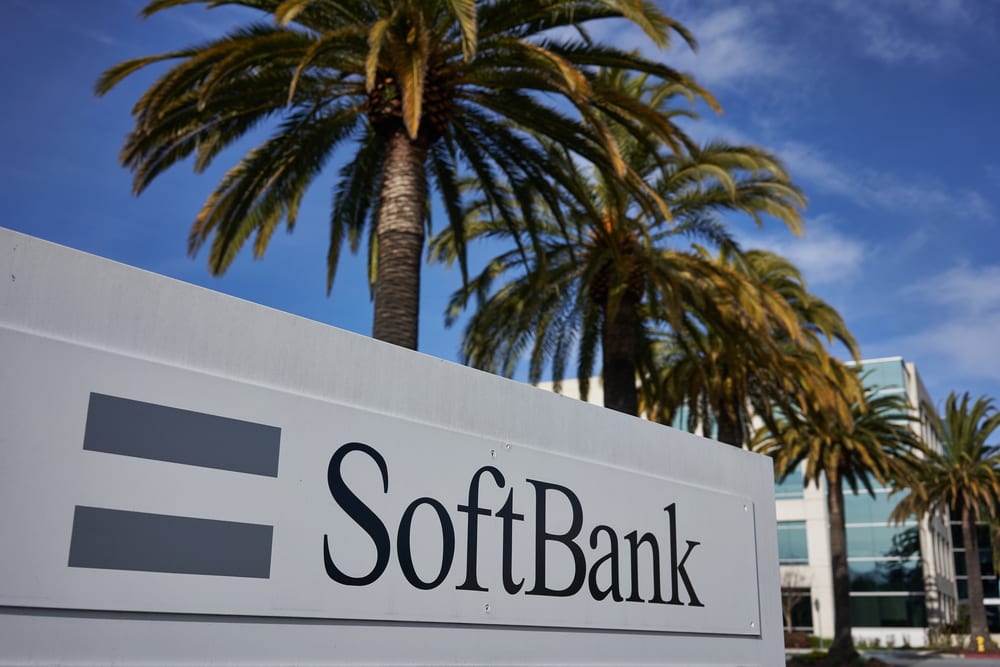 The share price of Softbank, the Japanese conglomerate often referred to as ‘the world’s biggest tech sector investor’and behind the $100 billion Vision Fund, has reached fresh record highs thanks to the tech sector bull market in place since March last year. The company, which recently announced an $8 billion profit for the last three months of 2020, has seen its valuation increase by 270% since its mid-March low and 23.5% so far this year. 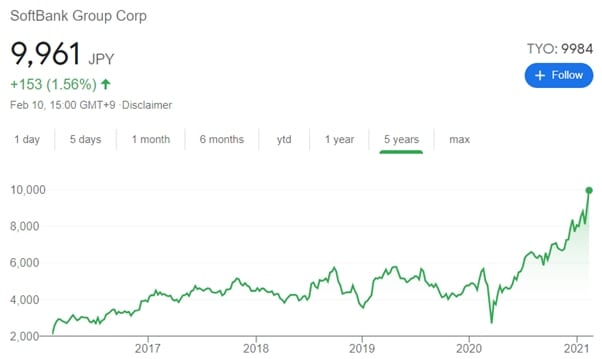 The healthy profits came thanks to spectacular growth in a host of tech sector companies Softbank holds equity stakes in, including Uber and takeaway delivery app Doordash. The investor’s rude state of health in early 2021 stands in stark contrast to its troubles of a year ago when forced to rescue coworking company WeWork with a $10 billion cash injection.

That was followed by a sharp stock market sell-off from February 21st last year as investors reacted to the onset of the coronavirus pandemic. That forced Softbank’s founder and CEO Masayoshi Son into an assets sale to stabilise the conglomerate’s finances. However, a combination of record-low interest rates and the pandemic’s acceleration of the shift to a digital economy has since seen a flow of investors’ cash into the tech sector Softbank has bet heavily on.

The value of assets held by Softbank’s Vision Fund and Vision Fund II gained $13 billion over the three months between October and December last year. The original Vision Fund was valued at $90 billion at the end of 2020, compared to the $76.3 billion it had paid for its equity stakes in numerous tech start-ups. A recalculation now, around 6 weeks later, would show further gains.

The smaller second fund, whose capital to date comes from Softbank itself and is yet to attract third-party investors, saw its value grow to $9.3 billion from a purchase price of $4.3 billion. Softbank has made a paper profit of $10.7 billion on its stake in Doordash as a result of spectacular gains since it made its debut as a public company in early December.

Softbank was originally founded by Son in 1981 as a telecoms company. However, it later pivoted into technology investments and was almost wiped out by the dotcom crash. A major early stage investment in Chinese ecommerce giant Alibaba and investor-funded acquisition of Vodafone Japan in 2006 helped turn the company around after its near bankruptcy several years earlier.

Softbank’s stakes in Alibaba and Japanese telecoms provider Softbank Corp were sold down last year to help reduce debt. And at least for now, the company is flying again having survived a second, albeit less profound, crisis. Son has said his company will continue to generously back quickly growing tech start-ups, commenting “golden eggs are not produced by chance”.

A change of investment strategy in the summer saw Softbank begin to put excess cash into tech stocks and derivatives in an attempt to take advantage of market volatility. However, taking on investment banks through the new SB Northstar division created to trade markets hasn’t worked out especially well so far. Northstar lost $2.7 billion on derivatives positions over the three months to the end of December, taking losses to $5.5 billion for 6 months.