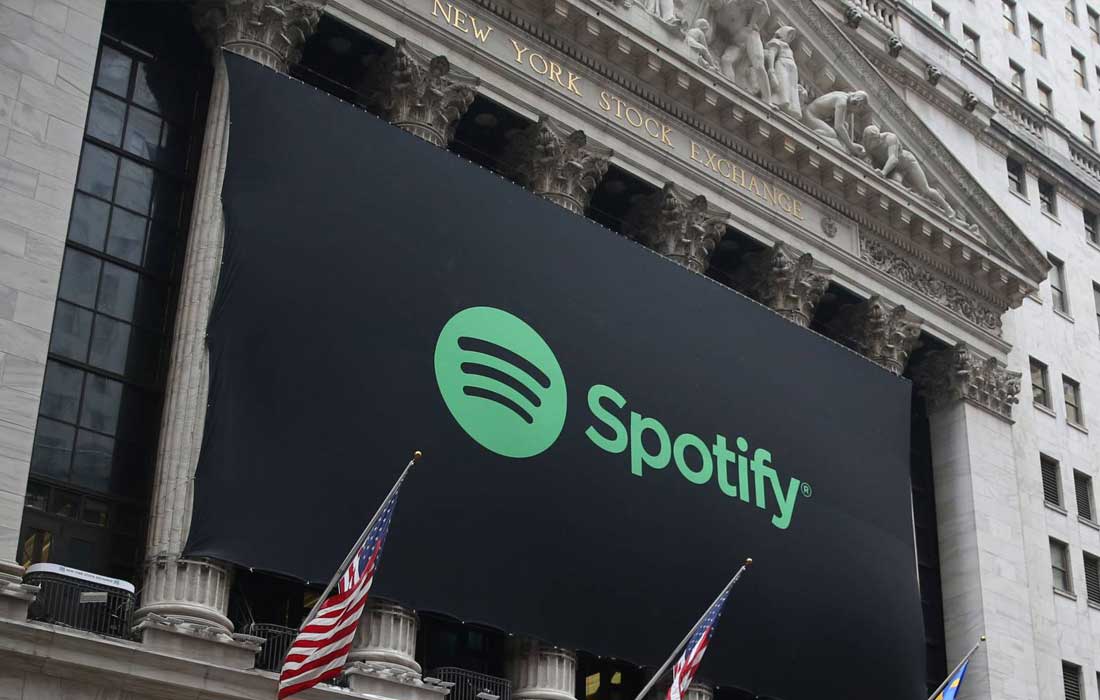 Spotify didn’t even create new stock, diluting existing shareholders. And it didn’t enforce any lock up period for either founders, management or earlier investors as is usually the case.

The unorthodox approach worked out. Following the IPO in April 2018 the Spotify share price showed steady gains. And existing shareholders didn’t move to cash in by offloading their holdings. However, Spotify didn’t escape the tech sector and wider stock market sell-off and did see its share price plunge 44% between its August high and Christmas Eve. But it has rebounded almost 30% up since.

Now almost a year on from its initial listing, Spotify has posted a solid set of financials. Over the fourth quarter the music streaming company posted revenues of $1.5 billion, matching analyst expectations. A first quarterly operating profit was also recorded – $94 million. Ironically, that was boosted by the autumn fall in the company’s share price as it meant a reduction in expenses such as taxes on stock options. The adjusted operating profit, what it would have been if the share price hadn’t slumped, was put at around $25 million.

And having consolidated as a public company, Spotify is now starting to flex its muscles by moving onto acquisitions. The company’s biggest challenge is the low margins in its core music streaming business. Most of its income has to be paid back out in royalties to the record labels that own the rights to the music available through its service. It is naturally now looking to develop higher margin products and has turned its attention to the quickly growing podcasts industry.

Two podcast startups, Anchor and Gimlet, have already been acquired in cash deals. The latter cost $230 million. Gimlet produces podcasts whereas Anchor sells services that allow individuals and organisations to make and distribute the format. More podcast acquisitions are in the works with a $400 million to $500 million budget earmarked for 2019. That will impact on profitability this year but hopefully mean Spotify can grow its margins longer term, as well as keeping users listening for longer.

While not ‘make or break’, Spotify is making a big bet on the revenue potential of the podcast format’s continued growth. The strategy will go a long way to defining the latest listed tech stock’s early success as a public company.

Age-Tech: Is The Intersection of Tech and Longevity The Next Big Investment Verticle?

That the international travel sector is, thanks to the Covid-19 pandemic, in a bit... END_OF_DOCUMENT_TOKEN_TO_BE_REPLACED

With a growing number of economists arguing there is a high chance we are... END_OF_DOCUMENT_TOKEN_TO_BE_REPLACED

While most still caveat the argument with the get-out clause it is far from... END_OF_DOCUMENT_TOKEN_TO_BE_REPLACED

Natural gas prices have rocketed with Russia accused of managing supply to drive up... END_OF_DOCUMENT_TOKEN_TO_BE_REPLACED

After their valuations boomed in 2020, the UK’s online fast-fashion giants of Asos and... END_OF_DOCUMENT_TOKEN_TO_BE_REPLACED