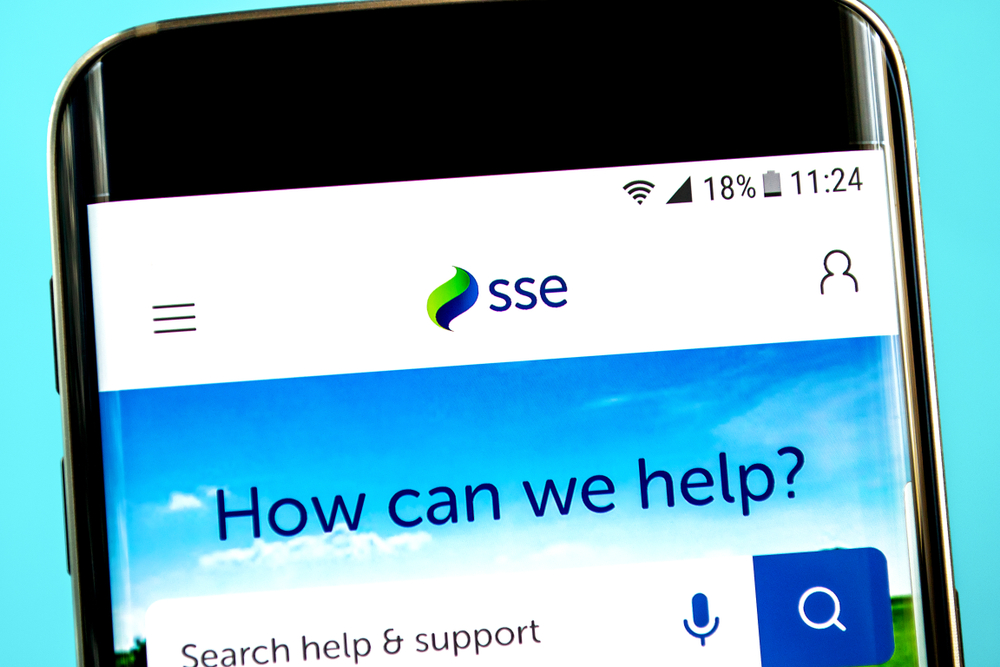 The SSE share price has plunged by almost 5% this morning, a dramatic move for a public utility company, after the FTSE 100 company rejected calls from the American activist investor Elliott Management for it to be broken up. Perhaps even more of an influence on the share price drop was an announcement that a long-term strategic £12.5 billion investment is to be made in renewable energy assets.

That considerable sum for a company currently valued at a little under £17 billion will be financed by a surprise 30% cut to the company’s dividend from 2023/24 and the sale of 25% of its electricity networks business. The decision to “rebase” the dividend, undercutting analyst forecasts for 86p by 30%, is a big call. Especially in the context that dividend returns are arguably the biggest single reason for investors to put their money into a utility company rather than a growth stock with the potential to return significant capital gains. 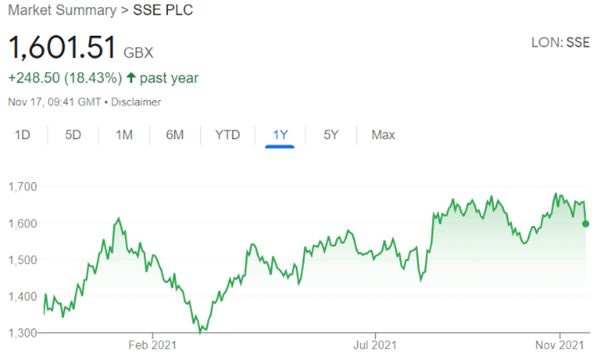 The £12.5 billion to be invested in wind farms and “flexible power generation” includes investment commitments already made as part of SSE’s existing strategy plus another £1 billion a year as the utility doubles down on its low carbon transition. Markets are, however, clearly concerned about what the strategy will mean for mid-term investment returns, judging by the sharp drop in the company’s valuation this morning – as much as 6% at one stage.

The utility group was previously known as Scottish and Sourthern Energy before a rebrand, and is headquartered in Perth, Scotland. The £12.5 billion investment into renewables capacity, today increased from the £7.5 billion that had been earmarked, will be made over the next five years to 2026. Investments will be made across all three of SSE’s business units – networks, flexible generation and renewables.

The move is a direct rebuttal of calls by Elliot for SSE to spin out its renewables division as an independent company. The unit is one of the biggest offshore wind developers in the world. The decision was made, said SSE this morning, after it had “carefully considered a wide range of available strategic options, including a separation of SSE Renewables”.

The company went on to justify the move by saying the strategic decision was taken following “constructive engagement with shareholders, and consideration of independent advice”. The conclusion was reached that “separation would not be the best route for growth, execution and value creation, and was not therefore in the long-term interests of its stakeholders”.

SSE’s review of the strategic routes open to it arrived at the further conclusion it was through a “mix of market-based and economically regulated businesses” that complement and support each other that the huge investment it will make in renewables can be best funded. Ultimately, revenues generated across the group will need to be funnelled into the £12.5 billion pot. Another point in the ‘against’ column for a break up was, explained the utility, the cost and disruption that such a move would involve.

SSE had four business divisions until last year selling off its household energy supply unit to Ovo in 2020. Of the three remaining, the company’s renewables business operates onshore and offshore wind farms as well as hydroelectric plants. It is currently developing what will be the biggest offshore wind farm in the world in the North Sea.

The regulated networks unit operates electricity transmission networks and distribution cables in Scotland and southern England. While the flexible generation business operates gas-fuelled power plants and will invest in carbon capture and storage and hydrogen technologies over the next five years.

As well as providing investors and markets with a strategic update this morning, SSE also reported its half-year results for the six months to September. Adjusted pre-tax profits rose 30% to £174.2 million thanks to improved profitability of SSE’s regulated networks unit and gas storage assets.

However, “exceptionally unfavourable weather conditions” such as a summer that was “one of the least windy” and “one of the driest” for regions where it has wind farms and hydroelectric installation saw a poor performance for the renewables business. With the conditions renewable assets were operating under claimed as the worst in 70 years performance of the business should bounce back over coming quarters.

A dividend of 81p was paid out by SSE for the 2020/21 financial year and that will be increased by at least RPI inflation until March 2023 before the 30% cut that will fund the renewables investment comes into effect.

That the international travel sector is, thanks to the Covid-19 pandemic, in a bit... END_OF_DOCUMENT_TOKEN_TO_BE_REPLACED

With a growing number of economists arguing there is a high chance we are... END_OF_DOCUMENT_TOKEN_TO_BE_REPLACED

While most still caveat the argument with the get-out clause it is far from... END_OF_DOCUMENT_TOKEN_TO_BE_REPLACED

Natural gas prices have rocketed with Russia accused of managing supply to drive up... END_OF_DOCUMENT_TOKEN_TO_BE_REPLACED

After their valuations boomed in 2020, the UK’s online fast-fashion giants of Asos and... END_OF_DOCUMENT_TOKEN_TO_BE_REPLACED