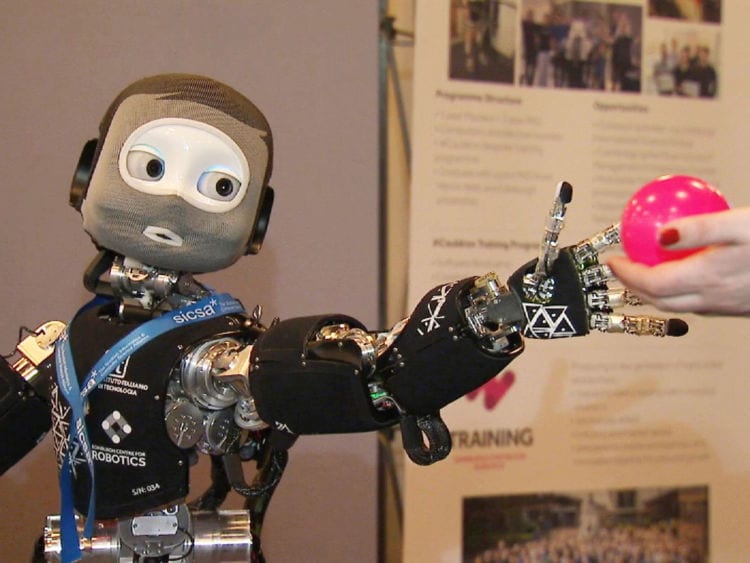 Furhat Robotics has raised $2.5 million for its socially intelligent robots which mimic human behaviour and display human-like social behaviour. The robotic system mimics human gesture and intonation and creates expressions using computer animation and projection. The technology can be potentially used for a number of ways and will have smartphone interaction and medical implications for the elderly and those with certain medical conditions. The star up has raised the sum in seed funding from Balderton Capital and LocalGlobe.

Product of a Swedish start-up, formed by four researchers from Stockholm’s Royal Institute of Technology, the robot aims to narrow down the gap between humans and technology. Researchers are implementing advanced conversational artificial intelligence and robotics technology to create the ground-breaking machine that will be as significant as smartphone and Windows operating system, say researchers. The robot is built on a social intelligence platform and it can participate in socially-aware interactions with humans. The ground-breaking machine is the outcome of years of work by the research team which aims to create an interface between humans and technology.

“Furhat can potentially be used in thousands of different ways. To enable Furhat as a platform, we are building an Operating System for conversational robots, and we expect people will come up with amazing ideas and ways to use it that have the potential to disrupt many markets.”

The robot and the software platform are already being used by the likes of Honda, Intel, Merck, Toyota, and KPMG. It will be used for technological and medical purposes. While Honda is developing Furhat as a conversational tool for the elderly in smart home environments, Merck is using Furhat to develop cognitive training and rehabilitation aides for patients with multiple sclerosis.

UK accountancy firm KPMG is using the technology to build the financial advisor interface of the future.

“This funding will provide us with the muscle to bring Furhat to a new level, and engage in substantial commercial partnerships with industry leaders that are as committed as we are to empower people to access and interact with technology and information in more human and social manner.”

Furhat can be used for a number of purposes such as education and training, therapy and social care, customer service, and entertainment. At present, the Swedish employment agency is using the technology to train people for job interviews and as a teaching assistant in schools.

“We have long been obsessed with the development in human-machine interaction. As humans are beginning to get comfortable with one-step non-emotive voice communications with machines, we are excited to be supporting Furhat who are at the centre of the next jump in interaction,”

Waterhouse said. As part of the deal, Waterhouse will be joining Furhat’s board to advise the start-up on its future plans.

“Furhat is already being used as a platform for some very important (and some fun) ways for humans to have a more natural and impactful interaction with technology. We are delighted to be backing such an exceptional team on their journey to make their platform an industry standard.”

“Technology and robotics are fast becoming part of our daily lives. The Furhat platform gives an early insight into the adaptability and flexibility of robotics that is fast inspiring other businesses in multiple sectors,”

“The potential for interaction between robots and humans is huge and Furhat is developing social artificial intelligence in a groundbreaking way.”

A little over a week into 2022 we’ve already experienced some major market movements.... END_OF_DOCUMENT_TOKEN_TO_BE_REPLACED

One of the FTSE 100’s current disadvantages, when it has come to attracting international... END_OF_DOCUMENT_TOKEN_TO_BE_REPLACED

Did you know you could build wealth by investing in Lego? A study suggests... END_OF_DOCUMENT_TOKEN_TO_BE_REPLACED

With most major stock markets around the world spending time at or near record... END_OF_DOCUMENT_TOKEN_TO_BE_REPLACED

For years, Baillie Gifford’s technology funds have been driving outsized returns for the mainly... END_OF_DOCUMENT_TOKEN_TO_BE_REPLACED