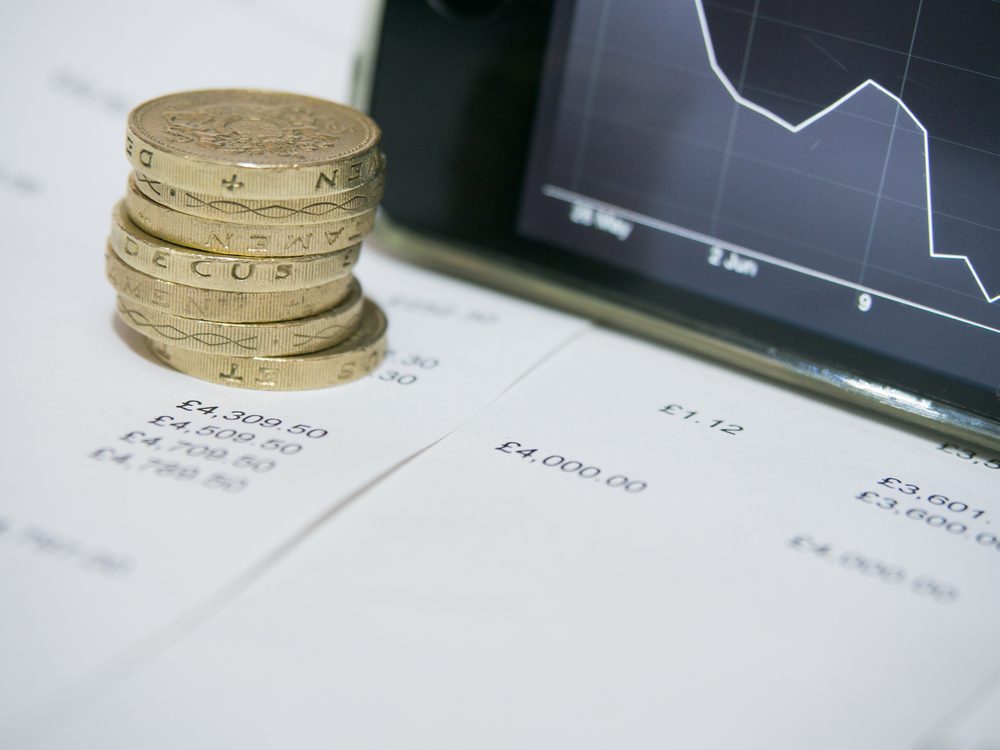 Sterling was little changed and dropped 0.2% versus the dollar at $1.3835 after the data was released

Sterling edged down on Thursday as analysts expected the Bank of England (BoE) to make no imminent moves in its monetary policy after official data showed Britain’s economy grew in line with expectations in Q2.

The Office for National Statistics (ONS) said the economy grew by 4.8% in the second quarter, in line with a Reuters poll of economists’ quarter-on-quarter expectations.

Versus the euro, the pound traded just off 18-month highs reached on Tuesday and was 0.2% down on the day, changing hands at 84.83 pence.

ING analysts said it was unlikely that the GDP data would move the needle on the BoE story.

Stuart Cole, head macro economist at Equiti Capital in London, said that for sterling, while the economic landscape continues to provide solid support, it does suggest further topside progress will be slow. It is quite likely that the pace of growth has already peaked.

Sterling has outperformed in recent weeks allowed the UK government to lift most social-distancing rules following a drop in the number of COVID-19 cases and high vaccination rates.

GBP investors will be looking for direction in forthcoming UK data releases to gauge whether there is risk that the BoE could extend the hawkish element, seen last week, further in the months ahead, said Jane Foley, head of FX strategy at Rabobank.

Analysts said the BoE tone was slightly hawkish last week, when its monetary policy committee voted 7-1 to maintain the pace of its government bond-buying. But they said that some modest tightening of monetary policy over the BoE’s three-year forecast period was likely to be necessary.

US urges Opec to boost output as gas prices rise

A little over a week into 2022 we’ve already experienced some major market movements.... END_OF_DOCUMENT_TOKEN_TO_BE_REPLACED

One of the FTSE 100’s current disadvantages, when it has come to attracting international... END_OF_DOCUMENT_TOKEN_TO_BE_REPLACED

Did you know you could build wealth by investing in Lego? A study suggests... END_OF_DOCUMENT_TOKEN_TO_BE_REPLACED

With most major stock markets around the world spending time at or near record... END_OF_DOCUMENT_TOKEN_TO_BE_REPLACED

For years, Baillie Gifford’s technology funds have been driving outsized returns for the mainly... END_OF_DOCUMENT_TOKEN_TO_BE_REPLACED