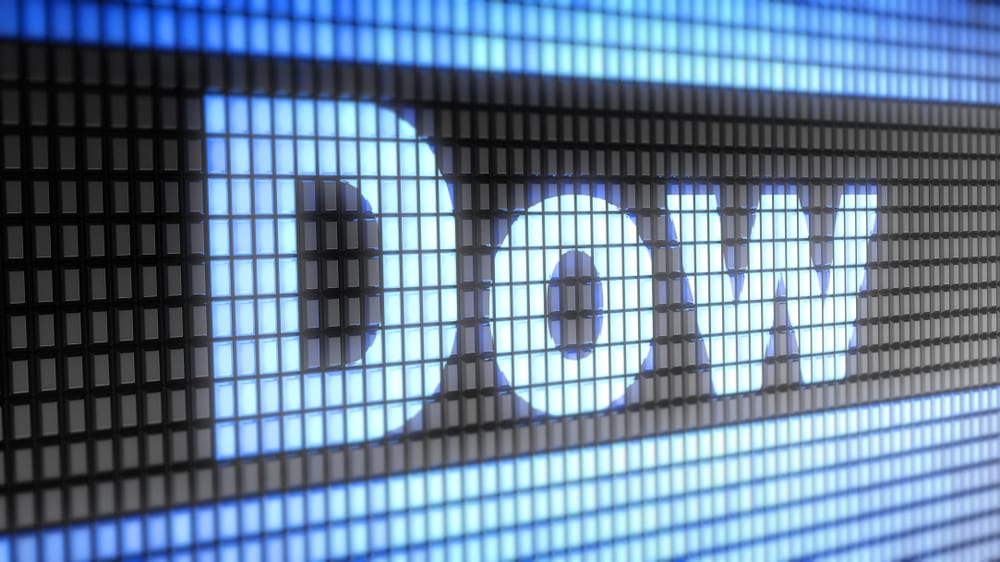 The Dow fell nearly 1%, the S&P 500 also slipped, and the Nasdaq declined more than 1% as technology stocks contributed to recent declines

Stock futures opened higher Tuesday evening to recover some losses from earlier in the day.

During the regular session, the Dow fell more than 300 points, or nearly 1%, for its worst session in nearly three weeks. The S&P 500 also slipped, and the Nasdaq declined more than 1% as technology stocks contributed to recent declines.

Many of the cyclical stocks that had led markets higher for much of the last three months underperformed, and the industrials, energy and financials sectors lagged.

Treasury yields steadied, and the benchmark 10-year yield retreated to nearly 1.62% from last week’s high of over 1.75%.

I think what we’ve seen over the past couple days is some end-of-quarter positioning, Tom Essaye, Sevens Report Research founder, told Yahoo Finance. The best performers quarter-to-date are getting sold right now, some of the worst performers are rallying. That’s typical as we end a quarter.

But then also, the outlook on COVID has dimmed a bit – not so much here in the United States, but definitely in Europe, where they seem to be experiencing a third wave, he added. The vaccine rollout there is not going so well as we know, and now you’re seeing increased lockdowns.

Investors have also been digesting remarks from a number of Federal Reserve speakers this week. Much of the commentary has served to reinforce the central bank’s stance that any inflation appearing this year will be transitory, and not significant enough to warrant a shift in their monetary policy positioning.

Federal Reserve Chair Jerome Powell told the U.S. House Committee on Financial Services on Tuesday that he expects a temporary increase in inflation in the coming months compared to the same period last year, but that the forthcoming rises will be short-lived since so many Americans will still be out of work as the economy recovers from the pandemic.

Federal Reserve Governor Lael Brainard said during a virtual event Tuesday that “it will take some time to achieve substantial further progress” on the Fed’s goals of achieving maximum employment and sustainable 2% inflation.

She advocated “a patient approach based on outcomes rather than a preemptive approach based on the outlook” as a more efficient means of achieving the central bank’s goals, suggesting the Fed would stay the course even as prospects of a jump in inflation spook some market participants.

That the international travel sector is, thanks to the Covid-19 pandemic, in a bit... END_OF_DOCUMENT_TOKEN_TO_BE_REPLACED

With a growing number of economists arguing there is a high chance we are... END_OF_DOCUMENT_TOKEN_TO_BE_REPLACED

While most still caveat the argument with the get-out clause it is far from... END_OF_DOCUMENT_TOKEN_TO_BE_REPLACED

Natural gas prices have rocketed with Russia accused of managing supply to drive up... END_OF_DOCUMENT_TOKEN_TO_BE_REPLACED

After their valuations boomed in 2020, the UK’s online fast-fashion giants of Asos and... END_OF_DOCUMENT_TOKEN_TO_BE_REPLACED