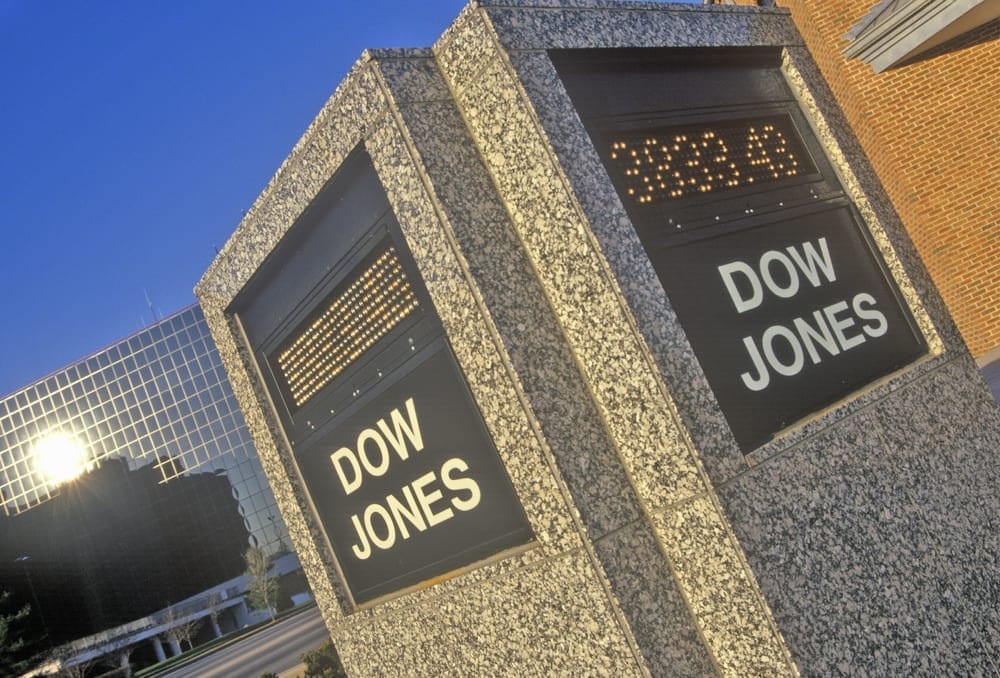 Stock futures tumbled in overnight trading Sunday as investors continued to brace for the economic fallout from the spreading coronavirus, while a shocking all-out oil price war added to the anxiety.

Futures on the Dow Jones Industrial Average plunged 1,198 points, implying an opening loss of 1,246.78 points at Monday’s open. The S&P 500 futures and Nasdaq-100 futures also indicated significant losses at Monday’s open. The sharp declines in the futures market signalled more turbulence ahead after a roller-coaster week that saw the S&P 500 swing up or down more than 2.5% for four days straight.

Amid the market turmoil, investors continued to seek safer assets amid additional fears that the coronavirus will disrupt global supply chains and tip the economy into a recession. The yield on the benchmark 10-year Treasury note dropped below 0.5%, before seeing a slight recovery, last trading at 0.524%.

Saudi Arabia on Saturday slashed official crude selling prices for April, in a sudden U-turn from previous attempts to support the oil market as the coronavirus hammers global demand. The move came after OPEC talks collapsed Friday, prompting some strategists to see oil prices crater to $20 this year.

Crude has become a bigger problem for markets than the coronavirus, Adam Crisafulli, founder of Vital Knowledge, said Sunday. It will be virtually impossible for the [S&P 500] to sustainably bounce if Brent continues to crater, he added.

Investors have already been on edge about the coronavirus outbreak that caused major stock averages to tumble into correction territory. As of Sunday, global cases of the infections have climbed to more than 109,000 with at least 3,801 deaths around the world. The situation is also worsening in the U.S. with New York, California and Oregon all declaring a state of emergency.

The idea that lower gasoline prices is going to put more cash in workers’ pockets and give consumer spending and the economy a boost doesn’t seem to cushion the blow for stock market investors, Chris Rupkey, MUFG Union Bank’s chief financial economist, said in a note Sunday. They want out. Big time. The sky is falling. Get out, get out while you can. Wall Street’s woes have to eventually hit Main Street’s economy hard.

Gold, another safe-haven asset, crossed $1,700 an ounce, hitting its highest level since Dec. 2012. Meanwhile, copper prices hit a more than three-year low of $2.46. Copper is seen as a barometer of broad economic demand given its applications in electrical equipment and manufacturing.

The Federal Reserve announced an emergency rate cut last week to combat the economic impact from the virus, its first such move since the financial crisis. President Donald Trump on Friday signed a sweeping spending bill of a $8.3 billion package to aid medical research. Wall Street expects more stimulus from global central banks and governments to prevent a recession.

The S&P 500 has fallen 8% this year after suffering its worst week since the financial crisis at the end of February. The benchmark is down more than 12% from its recent peak.

Oil prices plunge amid concerns over dispute among producers

A little over a week into 2022 we’ve already experienced some major market movements.... END_OF_DOCUMENT_TOKEN_TO_BE_REPLACED

One of the FTSE 100’s current disadvantages, when it has come to attracting international... END_OF_DOCUMENT_TOKEN_TO_BE_REPLACED

Did you know you could build wealth by investing in Lego? A study suggests... END_OF_DOCUMENT_TOKEN_TO_BE_REPLACED

With most major stock markets around the world spending time at or near record... END_OF_DOCUMENT_TOKEN_TO_BE_REPLACED

For years, Baillie Gifford’s technology funds have been driving outsized returns for the mainly... END_OF_DOCUMENT_TOKEN_TO_BE_REPLACED