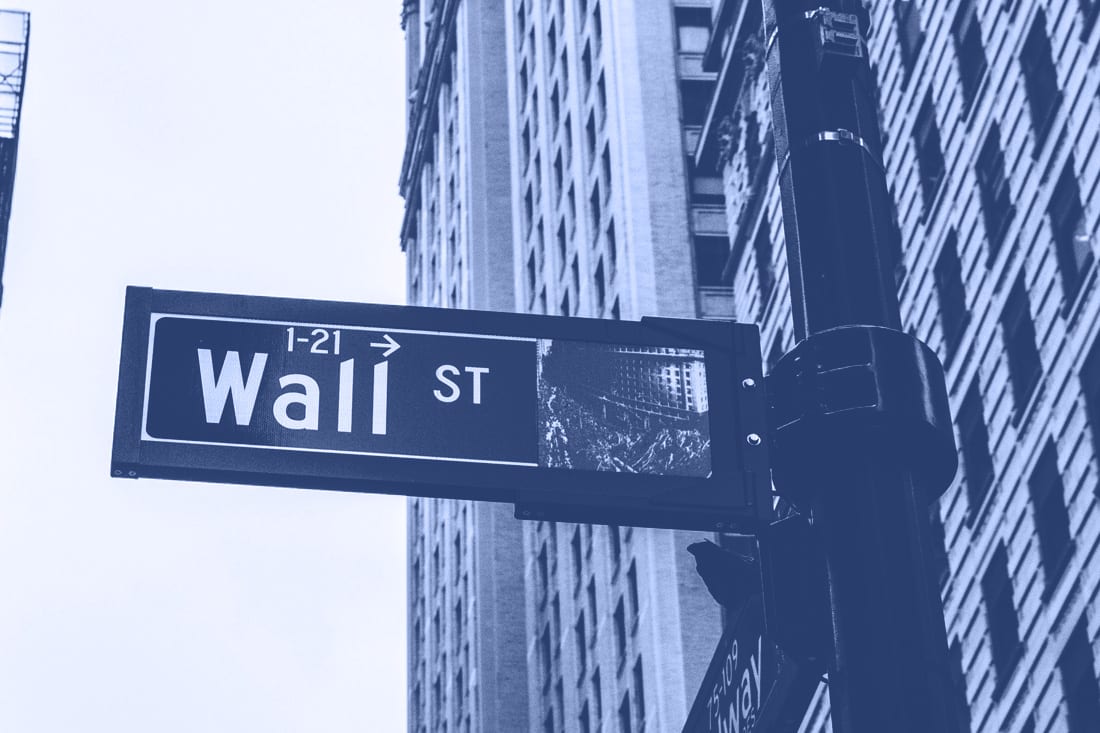 Last year’s stock market blues for those investing online is thought by analysts to have been significantly influenced by the twin pressures of rising interest rates, with the U.S. Federal Reserve setting the international pace, and the unwinding of a decade of quantitative easing. The Fed had maintained a firm position, citing inflationary pressures, that it would continue with its policy of regular incremental hikes to the base interest rate, despite direct criticism and pressure from President Trump.

However, it yesterday dramatically changed tact, holding interest rates at their current 2.25%-2.5% and offering forward guidance to the effect that the next change could as easily be down as up. Fed chairman Jay Powell also announced that the pace it is conducting the bond selling programme designed to offload the $3.5 trillion in assets acquired through quantitative easing since the international financial crisis would slow. Stock markets have immediately rallied, with major indices in Asia up this morning. The FTSE 100 also leapt at opening and is currently 0.5% up on yesterday’s close. Major European indices such the Euro Stoxx 600 and Germany’s Dax 30 are only modestly up following a morning dip from opening levels.

The change in direction from the Fed has left investors both pleased and irritated. While most financial market participants have been disappointed by the perceived impact of the pace of rate rises on markets, they had adjusted portfolios on the basis of December forward guidance that was interpreted to suggest 2 new rises in 2019 should be expected. The sudden change of strategy means many of those adjustments will now damage returns.

Irritation stems from the fact that new ‘cross currents’ referred to as the catalysts, slowing growth in China and Europe, trade tensions and the risk of a hard Brexit, were all observable back in December. Even the U.S. government shutdown over Trump’s determination to secure funding for his Mexico border wall was a clear risk at the end of last year. The U-turn has led to accusations the Fed has allowed itself to be influenced by outside market pressures and lacks a clear direction and policy. The reasons given for the previous policy of raising rates, such as a healthy U.S. economy, strong labour market and wage growth also haven’t changed.

Quoted in the Financial Times, Barclays’ Michael Gapen opined that the change in Fed strategy is hard to interpret in any way

“other than the Fed capitulating to recent market volatility”.

However, there was also plenty of relief from investors. BlackRock’s Rick Rieder, the asset manager’s head of fixed income, said the new more cautious position of the Fed is, in his opinion, the right approach. Those investing online will now be waiting to see if yesterday’s surprise turn of events provokes an extended rally across equities and bond markets.

Does Third Year Of Trump Presidency Means Stock Markets Will Rebound in 2019?

A little over a week into 2022 we’ve already experienced some major market movements.... END_OF_DOCUMENT_TOKEN_TO_BE_REPLACED

One of the FTSE 100’s current disadvantages, when it has come to attracting international... END_OF_DOCUMENT_TOKEN_TO_BE_REPLACED

Did you know you could build wealth by investing in Lego? A study suggests... END_OF_DOCUMENT_TOKEN_TO_BE_REPLACED

With most major stock markets around the world spending time at or near record... END_OF_DOCUMENT_TOKEN_TO_BE_REPLACED

For years, Baillie Gifford’s technology funds have been driving outsized returns for the mainly... END_OF_DOCUMENT_TOKEN_TO_BE_REPLACED