Playing Grand Theft Auto or Red Dead Redemption has some level of street cred. Playing FarmVille, the gaming hit of Facebook’s early year (remember the cringey “a duck has escaped from Mandy’s farm” notifications from friends and family oblivious to the damage to their social standing?), most certainly doesn’t. But while it may not immediately strike as an obvious combination, Take-Two Interactive, the video games group behind the smash hit Grand Theft Auto series, among other popular titles, is to acquire Zynga, the company behind Farmville.

The deal, which is still subject to approval from both sets of investors, values Zynga at a hefty $12.7 billion. Take-Two chairman and chief executive Strauss Zelnick explained the move to acquire Zynga as a fast-track ticket into the mobile gaming sector, which he described as “the fastest-growing segment of the interactive entertainment industry”. 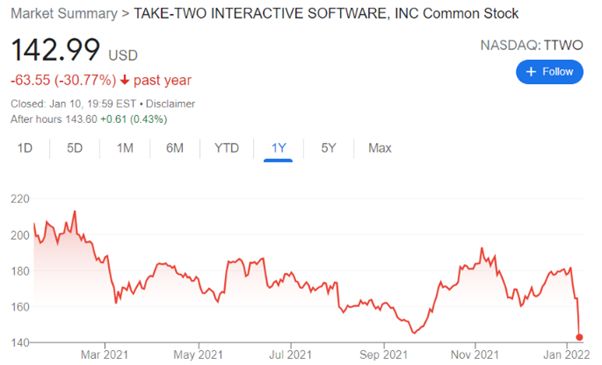 Markets clearly weren’t convinced though with Take-Two Interactive investors suffering their worst day in over ten years as the company’s share price dropped $21.61 to $142.99, wiping over 13% off its value. The cash-and-stock acquisition deal was, however, seen as a major positive for Zynga, whose stock price rocketed 40.7% to $8.44.

If the proposed deal goes through, Znyga investors will receive $9.86 per share between $6.36-worth of Take-Two stock and a $3.50 cash top-up. The offer represents a 64% premium on Zynga’s Friday closing level.

The gaming sector is becoming both increasingly valuable and increasingly competitive and Take-Two, founded in New York almost thirty years ago, sees the acquisition of Zynga as adding important scale as well as exposure to and experience in the mobile gaming sector. The new company will span the USA’s east and west coasts, with Zynga’s HQ in San Francisco, where it was founded in 2007. Its first game was a poker game on Facebook, Zynga Poker, before it went on to create FarmVille and other titles. It has evolved into a mobile-focused games publisher.

The value of the global gaming market has grown rapidly over the past decade and is currently worth around $176 billion, says sector market research and data company NewZoo. It expects that value to reach $200 billion over the next few years. Those increases will be mainly driven by mobile gaming, which is still growing while the PC and console market, Take-Two’s historical bread and butter, is in relative decline.

If the deal is approved, the plan is for Take-Two’s Zelnick to continue as chief executive of the combined company while Gibeau will stay on to lead Zynga as well as oversee integration between the two companies.