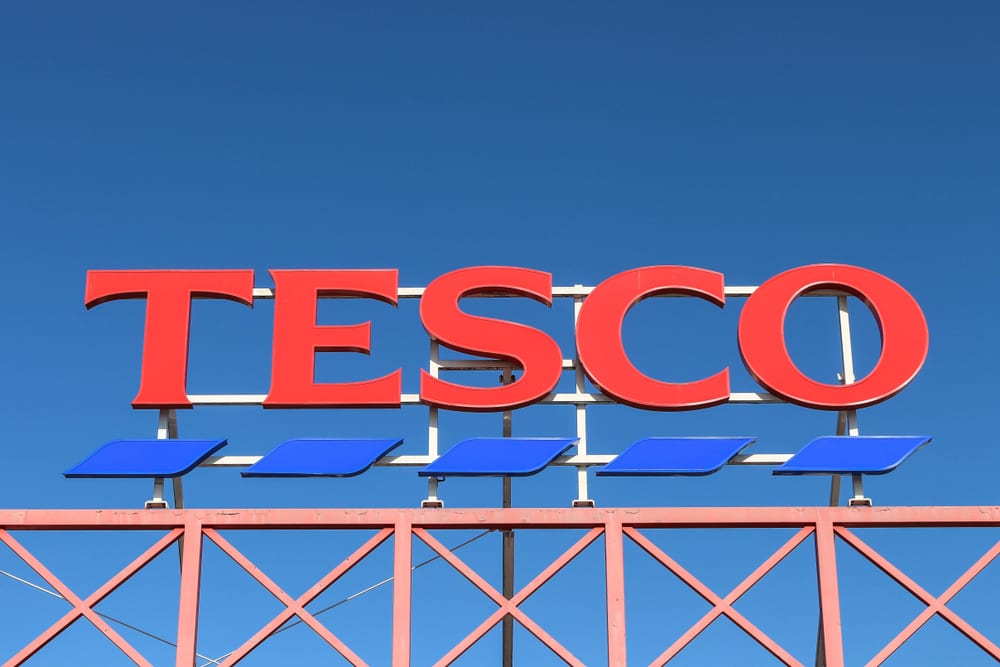 The Tesco share price continues its recent malaise with a 2% drop today after the company reported a 20% fall in profits over the twelve months to the end of February. The slump in pre-tax profit came despite what the company described as an “exceptional year” for revenues as lockdowns saw households eat almost all of their meals at home.

However, despite sales by Tesco’s UK and Republic of Ireland business rising by 8.8% to £48.8 billion, boosted by 77% growth in online sales, coronavirus pandemic-related costs estimated at almost £900 million dented profits. A £295 million write-down of the value of Tesco bank was also a factor after the business lost £175 million during the 12 months. The company is confident the bank will return to profitability this year. 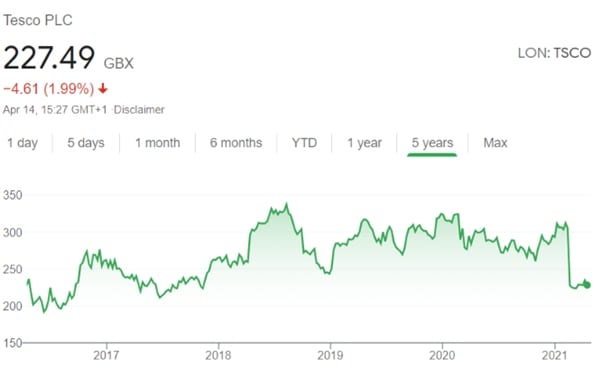 Across the whole Tesco group, including its businesses in central Europe and Booker, the wholesaler acquired for £3.7 billion in 2017, group revenues dropped by 0.4% to £57.9 billion from £58.1 billion a year earlier.

Overall revenues were dragged back despite outperformance of the core supermarkets business by the loss as Tesco bank and a 40.8% slump in Booker’s revenues. The wholesaler supplies pubs, restaurants, cinemas and other hospitality and leisure businesses that have spent extended periods closed over the 12-month period.

Most of the £892 million in additional costs attributed to the Covid-19 pandemic came as a result of spending more on payroll due to the hiring of 49,600 temporary staff. The extra hands were needed to quickly ramp of deliveries capacity to 1.5 million orders a week (online deliveries specialist Ocado makes 360,000) as well as cover for the rise in staff temporarily off sick and those shielding for extended periods of time on full sick pay. Staff bonuses were also paid out as a reward for keeping things running smoothly throughout a difficult year.

Tesco chief executive Ken Murphy, who took over from Dave Lewis in October having previously been a “lifer” at Walgreens Boots Alliance, commented the supermarket had “gained customers from all key competitors, bolstered our value credentials in the eye of consumers and doubled the size of our online business”.

Mr Murphy has said his priority will be improving his new employer’s “value credentials, loyalty and online business”.

Online sales, including click and collect, now account for 18% of total sales. While that is expected to drop back once the pandemic comes to an end, Tesco expects online sales to remain far ahead of where they were when it began a little over a year ago.

It has been trialling a robotic fulfilment centre based in its West Bromwich Extra hypermarket, with the facility now able to process 500 orders a day. A second will open next month at its Lakeside Extra store and another four within the next 12 months, indicating strong belief in an increasingly online future for groceries shopping.

The robotics fulfilment centres have been described as a business “gamechanger” for the profitability of online orders, where margins are wafer thin and profitability questionable. While the robot pickers fulfil orders at a comparable rate to human staff the cost to the business is far lower.

Most of the £8.2 billion brought in by the sale of Tesco’s Thai and Malaysian businesses in December is accounted for by the one-off special dividend that will see £5 billion returned to shareholders and a £2.5 billion contribution to the company’s pension scheme.