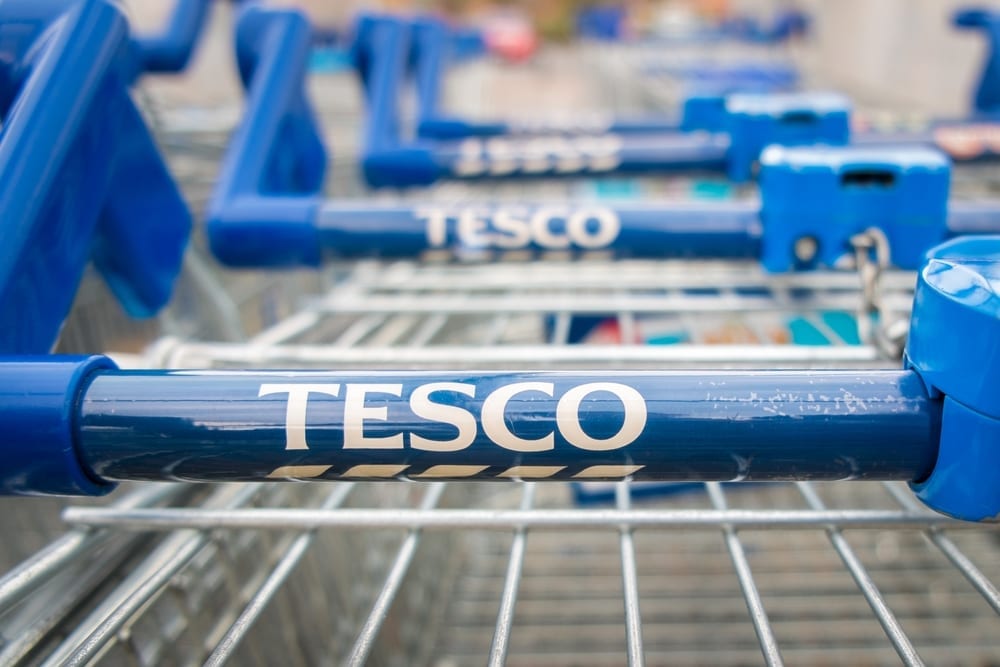 The Tesco share price is one of the few to have not been ravaged today by the shock crash in oil price and coronavirus sell-off after it was reported a deal has been agreed to sell the supermarket giant’s south east Asian units. The deal, agreed with Thai conglomerate Charoen Pokphand is all-cash for a total of $10.6 billion (£8.08 billion). It sees Tesco pull back from its previous strategy of international expansion and will result in a £5 billion windfall for investors. 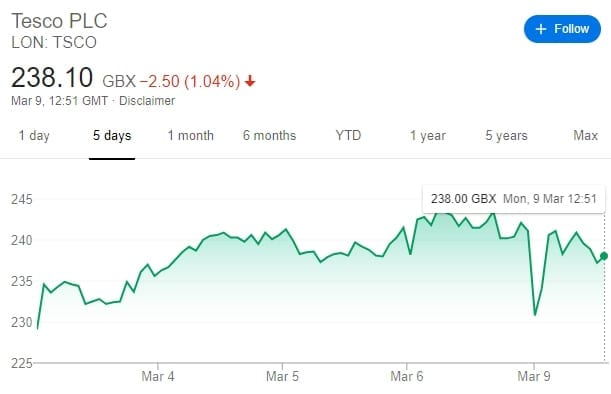 Tesco itself announced the deal early today in a statement to the London Stock Exchange. It represents both the largest corporate acquisition in Asia so far this year as well as a new Thai record. The income generated from the sale will be split between a £5 billion special dividend and a £2.5 billion contribution to the company’s defined-benefit pension schemes, which will wipe out their deficits.

Dave Lewis, the Tesco CEO, released a statement, which read:

“Following inbound interest and a detailed strategic review of all options, we are announcing today the proposed sale of Tesco Thailand and Tesco Malaysia. This sale releases material value and allows us to further simplify and focus the business, as well as to return significant value to shareholders.”

The Charoen Pokphand bid was accepted following a week of meetings with interested parties over the past several days. The supermarket’s board met over the weekend to discuss proposals and decided the Thai company’s bid was the most attractive. Other known bids were received from Central Group and TCC Group – both Chinese-Thai conglomerates. Central is Thailand’s biggest owner/operator of department stores and made a cash offer worth just over $9 billion, while TCC is understood to have agreed terms on a $10 billion loan to finance its bid.

The sale of Tesco’s nearly 2000 store-strong operation in Thailand, plus the 74 supermarkets held in Malaysia, represents a final retreat from Asia, where it had expanded aggressively. The company’s South Korean unit HomePlus was sold off in 2015 and last month the sale of Tesco’s 20% stake in Chinese joint venture Gain Land to China Resources, which already owned the majority holding, drew a line under its brief and rather unsuccessful sortie into China.

Only Tesco’s central European businesses in Poland, the Czech Republic and Hungary now remain of the legacy strategy of international growth. Mr Lewis believes that focusing the group’s energies on the UK, Ireland and, for now, central Europe will “simplify the Tesco Group” and allow management to concentrate on the success of the core business. In recent year its UK and Ireland market share has come under pressure from German discounters Aldi and Lidl.

Shore Capital analyst Clive Black believes Tesco will be happy with the price, which was “at the upper end of expectations”. He also expects it to mark Tesco’s mid-to-long-term transition into “a cash compounding stock”.

It remains to be seen for how long Tesco will keep hold of its central European unit now, which many analysts believe could soon follow the rest of the international presence by being quietly marketed for sale to the right offer.

The special dividend generated by the sale is expected to come in at around 51p a share. Total debt should now be held at around 2.5 times earnings before interest, tax, depreciation and amortisation.

The south east Asian businesses represented around 10% of revenues generated in the UK and Ireland last year. However, with more attractive margins, they punched above their weight in terms of their contribution to group profit.

The deal is still subject to shareholder and Thai regulatory approval. The buyer already operates over 10,000 convenience stores in the country under the 7-Eleven brand. Charoen Pokphand also owns Siam Makro, Thailand’s biggest cash and carry chain, which could lead to regulatory scrutiny before the deal gets a final go ahead.

Tesco shareholders rubbing their hands at the £5 billion windfall will be hoping there is no unpleasant surprise from the regulators to halt the deal going through.

A little over a week into 2022 we’ve already experienced some major market movements.... END_OF_DOCUMENT_TOKEN_TO_BE_REPLACED

One of the FTSE 100’s current disadvantages, when it has come to attracting international... END_OF_DOCUMENT_TOKEN_TO_BE_REPLACED

Did you know you could build wealth by investing in Lego? A study suggests... END_OF_DOCUMENT_TOKEN_TO_BE_REPLACED

With most major stock markets around the world spending time at or near record... END_OF_DOCUMENT_TOKEN_TO_BE_REPLACED

For years, Baillie Gifford’s technology funds have been driving outsized returns for the mainly... END_OF_DOCUMENT_TOKEN_TO_BE_REPLACED