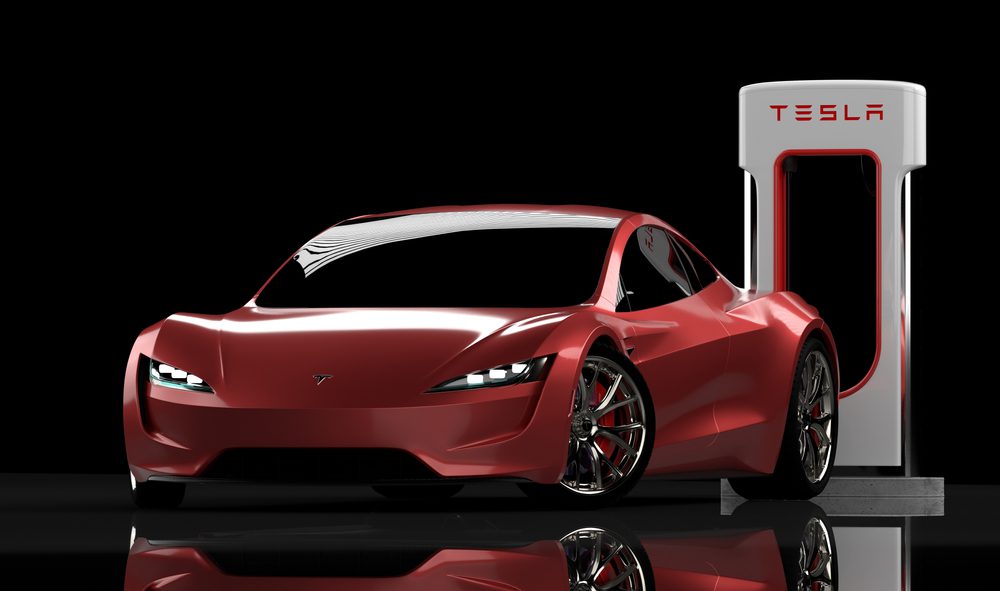 Electric cars company Tesla last night announced a record profit for its latest quarter despite the disruption caused to the industry by microchip shortages and containers full of vital components piling up at ports. Tesla has managed to keep its manufacturing process more or less flowing despite the challenges and has been rewarded by a forecasts-busting 389% leap in net income to $1.66 billion.

Revenues were also up 57% to $13.8 billion with 241,300 cars delivered to their new owners and 241,300 manufactured over the quarter to the end of September. Having last year delivered half a million cars to record its first ever full year of profitability, Tesla’s target for 2021 is to deliver 50% more than that – 750,000 vehicles. 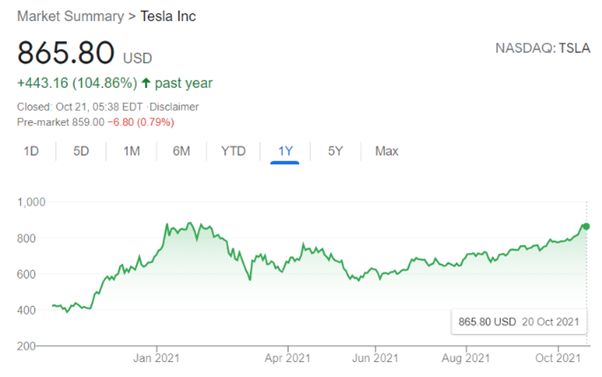 The company, which has already suggested to investors it now expects growth to come in ahead of that forward guidance, delivered a total of 627,350 cars over the first nine months of the year. The company said last night that achieving its 50% growth target is contingent upon

Despite the supply chain challenges Tesla has said it will keep increasing manufacturing levels at its factories in Texas, Shanghai and its new site located on the outskirts of German capital Berlin. The latest quarter to production levels rise by 73% to beat analysts’ expectations.

The company did admit port delays and chip shortages were among a “variety of challenges” holding its manufacturing facilities back from operating “at full speed”.

Despite the positive quarter beating expectations, the Tesla share price has dipped by almost 1% in after hours trading since results were published. However, after its valuation surged by over 700% last year, with gains of around 105% over the past twelve months, the company is worth a giddy $850 billion – far more than even the biggest traditional vehicle makers.

Tesla chief executive Elon Musk, who did not participate in the company’s webcast for investors after the results were delivered yesterday, this month announced plans to relocate the company’s official HQ to Austin, Texas. It is currently based in Silicon Valley but Musk has clashed with Californian authorities, labelling pandemic restrictions introduced last year as “fascist”.

Musk has been in charge of Tesla since 2008, when he made a major investment in the then start-up. He also runs the space exploration start-up SpaceX which Morgan Stanley analyst Adam Jonas recently said could make him the world’s first trillionaire. He is already the world’s richest individual with a wealth estimated by Forbes magazine at $219.9 billion.

“structural shift” while it continues “to ramp [our] gigafactory in Shanghai and build new capacity in Texas and Berlin.”

Analysts at U.S. investment firm Wedbush Capital said in a note they estimate supply chain issues meant Tesla producing around 40,000 vehicles less than they would have under normal conditions. The note surmised:

“Taking a step back, with the chip shortage a major overhang on the auto space and logistical issues globally, the delivery numbers speak to an electric vehicle demand trajectory that looks quite robust heading into Q4 and 2022.”

That the international travel sector is, thanks to the Covid-19 pandemic, in a bit... END_OF_DOCUMENT_TOKEN_TO_BE_REPLACED

With a growing number of economists arguing there is a high chance we are... END_OF_DOCUMENT_TOKEN_TO_BE_REPLACED

While most still caveat the argument with the get-out clause it is far from... END_OF_DOCUMENT_TOKEN_TO_BE_REPLACED

Natural gas prices have rocketed with Russia accused of managing supply to drive up... END_OF_DOCUMENT_TOKEN_TO_BE_REPLACED

After their valuations boomed in 2020, the UK’s online fast-fashion giants of Asos and... END_OF_DOCUMENT_TOKEN_TO_BE_REPLACED