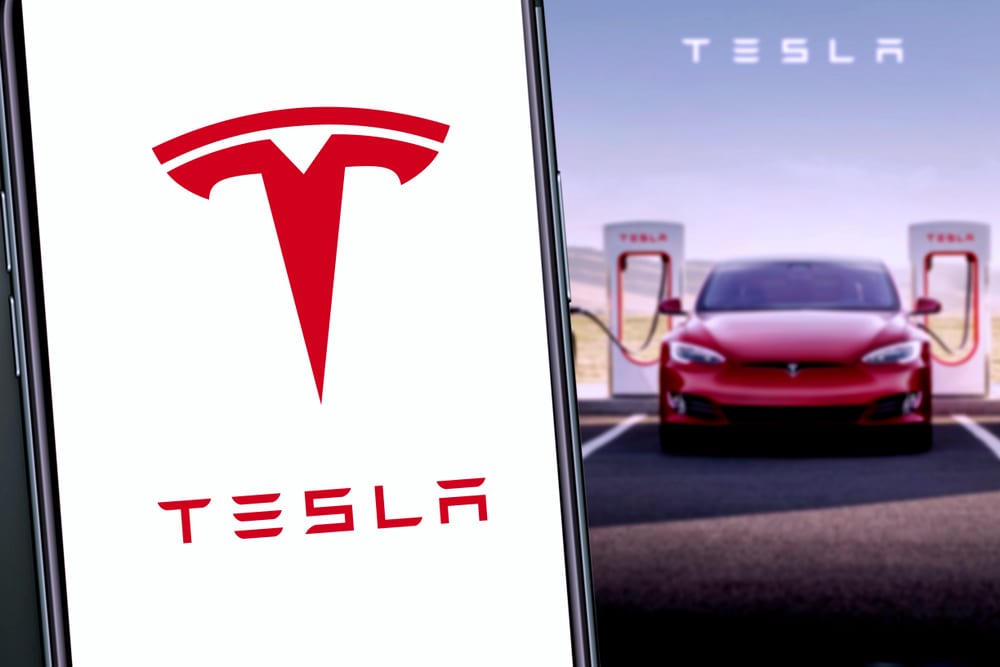 The share price of electric car maker Tesla has suffered a near 6% (5.69%) decline in afterhours trading after the company yesterday published its 4th quarter and annual financial reports. The drop came despite Tesla recording its first ever annual profit and promising to deliver hundreds of thousands of more vehicles a year from now on. 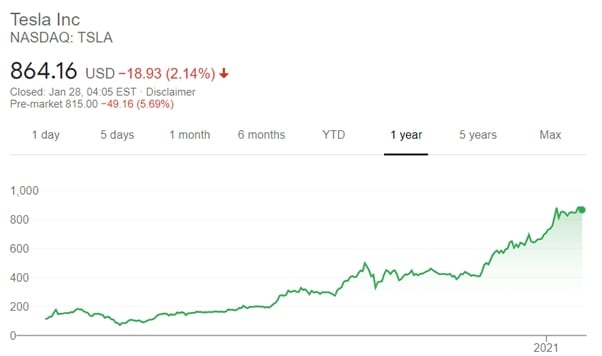 A total of 499,550 vehicles were delivered over the course of 2020, just shy of CEO Elon Musk’s stated target of 500,000. It was generally a strong performance against a backdrop of disrupted supply chains and manufacturing conditions as a result of the Covid-19 pandemic.

Yesterday the company reported annual income of $721 million after a $862 million loss in 2019. However, Tesla’s profitability is still reliant on selling ‘carbon credits’ it has in surplus due to exclusively manufacturing fully-electric vehicles. These are bought by traditional car manufacturers obliged to offset the emissions produced by traditional petrol and diesel-engine vehicles that still make up the bulk of their sales.

Revenues grew by 46% to $10.74 billion compared to the year before and net income (profit) more than doubled to $270 million. In forward guidance issued by Tesla, average annual delivery growth was forecast at over 50% annually over coming years, with 2021’s projected growth rate even higher. Mr Musk, 49, told investors last autumn that Tesla could make deliveries of about 840,000 to 1 million vehicles this year.

Despite turnover and delivery numbers that is still relatively small compared to the big traditional automakers, Tesla’s share price has soared by over 650% during the past 12 months. Investors are banking on Tesla leading the revolution towards an all-electric future for road vehicles, despite the fact traditional car makers are also investing heavily in a new generation of EV models.

Tesla is currently worth over $800 billion, making it the most valuable automobile manufacturer in the world by some distance, having last year raced past Toyota’s $230 billion market capitalisation.

Having been founded in 2003 by the American engineers Martin Eberhard and Marc Terpenning, with Elon Musk joining the company as its lead investor the following year, Tesla isn’t yet 20-year-old. Musk, who has become synonymous with the Tesla brand, has been the company’s chief executive since 2008 and owns a little over 20% of the company’s stock.

The huge gain in Tesla’s value in recent months has made Musk the second richest individual in the world, after Amazon’s CEO and founder Jeff Bezos. Musk briefly overtook Bezos as the world’s richest person last month but new gains for Amazon’s share price has seen the latter reclaim top spot.

Despite the positives, the drop in Tesla’s share price was catalysed by what was perceived as a vaguer than expected forecast for annual deliveries expected over 2021.