Electric car-maker Tesla is to officially up sticks and move its company headquarters out of Silicon Valley and California to Texas. Having threatened the move for months as a result of his dissatisfaction at the way the State of California has handled the Covid-19 pandemic, particularly rules around places of work, Musk yesterday officially announced the decision last night.

The new international headquarters will be in the city of Austin where Tesla also has a new factory manufacturing its all-electric cars. However, despite relocating Tesla’s official seat of business to Austin, Tesla’s Fremont factory on the outskirts of San Francisco will not only continue to operate but have its capacity increased. 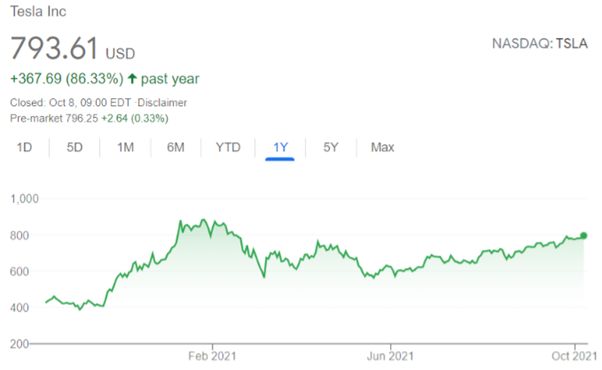 Musk has had a number of disputes with Californian authorities over the year but last year railed against its pandemic-battling measures as “fascist” and “the final straw”.

Having himself recently relocated to Texas from Silicon Valley, it is not a big surprise that he has decided to take Tesla’s international HQ with him. He also cited other drawbacks to Silicon Valley that have influenced the move from Palo Alto, where he said the company had started “hitting the sides of the bowl”.

He continued to explain the move by reasoning there is

“a limit to how big you can scale in the Bay Area. It’s tough for people to afford houses and people have to come in from far away.”

The Tesla share price is up over 85% in the past twelve months, and gained more than 700% in 2020, to confound the shorters that stalked the company for years. At a fraction of its value today, Tesla was long considered over-valued based on limited production and sales. It now trades at far more spectacular multiples (a p/e ratio of x412) but most long-term shorters were long ago shaken out of their positions at often spectacular losses by a share price that kept rising.

The company is currently worth $780 billion and is by far the most valuable car manufacturer in the world despite still selling relatively small numbers of vehicles compared to traditional rivals. However, it sold over 500,000 cars in 2020 and the figure is on course to exceed 750,000 this year. 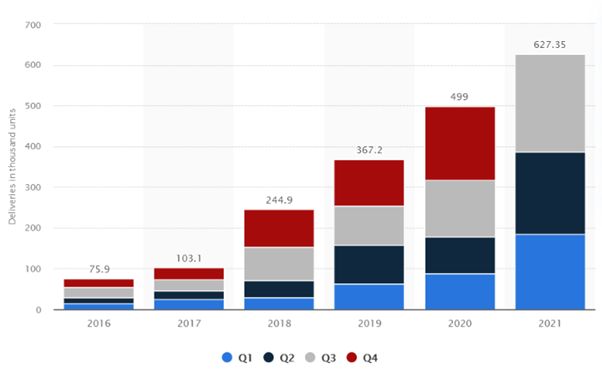 Tesla is not the only major company to recently announce plans to move to Texas, which is well-known as the USA’s most libertarian state with a light-touch approach to regulation and attractive corporate tax regime.