Home Latest News The Future of Transport: New Technologies That Will Take Us From A to B In Coming Years
Latest News

The Future of Transport: New Technologies That Will Take Us From A to B In Coming Years

Of all of the different categories of new technology that will change the world we live in over the coming decades, transport technology is one that captures the imagination more than most. Perhaps it is relatability brought about by the amount of time we all spend moving between A and B on a daily basis.

That makes it easy and exciting to imagine more comfortable, convenient and, perhaps most crucially, faster ways of getting around. For many, transport is a pain point in our daily existence. Film or television that has a futuristic setting also almost always includes representations of future modes of transport. It’s so integral to our daily lives that it is almost impossible not to.

And as we have seen so many times when it comes to technology, science fiction representations often provide the inspiration for real world technology. It provokes scientists into the theoretical exercise of exploring how science fiction technologies could possibly be made to work in real life. A kind of conceptual reverse engineering.

The media also often covers new transport technologies and few will be unaware of developments around driverless cars and other kinds of autonomous vehicles. And of course, the huge value of the transport industry means that there will always be significant investment in researching technology that would potentially represent an upgrade on the current status quo.

Unfortunately, teleportation doesn’t, at least yet, seem to be a technology our greatest minds are making much progress on. So we will still need vehicles and the networks they run on to take us from A to B for the foreseeable future. But what new technologies are on the horizon, to what stage has the technology been developed and when might we realistically see them in commercial operation? Here are three new transport technologies that are already well advanced and look set to become a reality within as little as a decade.

It makes sense to start with the future transport technology that is closest to becoming a reality. Autonomous, or driverless, vehicles are now tantalisingly close to becoming a reality on our roads. In fact, to a small degree, they already are. Several companies already have driverless vehicles that don’t always have a human ‘co-pilot’ ready to take control in an emergency carrying out test drives. These are restricted to certain locales and defined routes but are a current reality.

Alphabet (Google’s holding company) unit Waymo is furthest ahead and there were even rumours that a commercial service could be launched in Phoenix, Arizona, before the end of 2018. That now looks like a tight deadline with less than 2 weeks until 2019 but limited commercial services will almost certainly kick off after the new year. Waymo might be in pole position in the autonomous vehicles technology race but from Uber to General Motors there is plenty of competition just behind them.

In the UK, taxi company Addison Lee hopes to be operating a driverless taxi service in London by 2021 and in China local tech giants Baidu, Huawei and more are jostling for a share of the huge local market as well as certainly having their own international ambitions.

The technology is almost there, made possible by leaps forward in AI, computer vision and sensory technology. Local regulators are also already putting the rules in place that will allow driverless services to move into the mainstream over coming years. There is little doubt that driverless vehicles will become a reality soon. The only real question is how soon they will first become a regular fixture on roads around the world and then how long it will take before human drivers are almost entirely a relic of the past. There is a real chance that won’t take longer than a couple of decades from now.

Another future transport technology that is more a case of ‘when’ than ‘if’. There are already a host of well-funded start-ups, mainly concentrated in the USA and China, which are working on flying taxis. Many, though not all, of the prototypes are based on technology that resembles large versions of drones and scientists are focused on low carbon electrical propulsion systems. 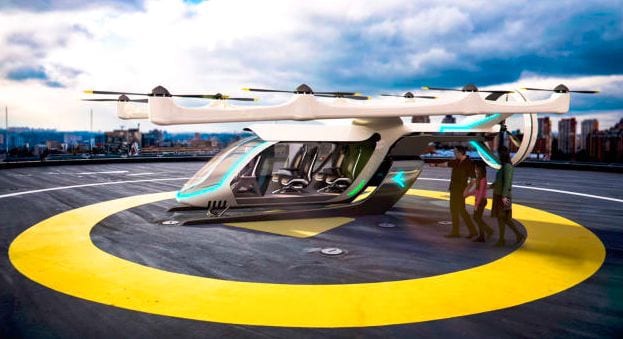 Uber Mock Up of a Potential ‘UberAir’ Flying Taxi

It is also to be expected that flying taxis will be controlled by AI rather than human drivers but first generation commercial vehicles are likely to be manned. 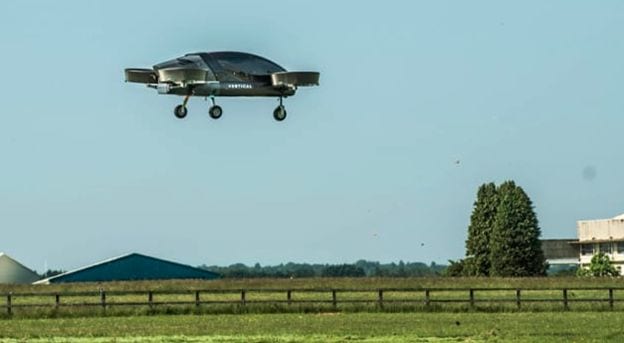 Many of the prominent players in the driverless cars space are also heavily involved in research and development around flying cars. Uber and Google are certainly throwing considerable resources at the futuristic transport development. There are also many well-funded start-ups in the space and Google co-founder Larry Page is known to have stakes in at least 3 of the most prominent US competitors with reports speculating he has ambitions around becoming a flying car ‘kingpin’.

And of course, over in China parallel sector developments are taking place. In Japan, Tokyo’s administration has already formed a task force responsible for putting together the regulatory framework that would allow for flying cars above the city and the national government is also ahead of peers in the West. There were rumours that Tokyo wants to wow the world by running a pilot flying taxi service alongside the 2020 Olympics to be hosted by the city. While this may prove too tight a deadline, there will almost certainly be commercial services operating within a decade.

A futuristic inter-city transport system, hyperloop is based on cabins being fired through low pressure tubes and tunnels at up to 760 mph. The big advantage of hyperloop systems is, apart from the speeds that would mean travelling between San Francisco and Los Angeles would take just 36 minutes, their low cost. It is projected that building the infrastructure would cost a fraction of the equivalent to build high speed train lines. 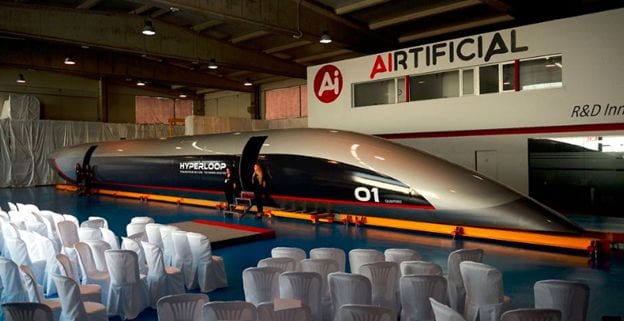 Elon Musk’s Boring Company has already build a hyperloop test tunnel beneath Los Angeles County and Virgin Hyperloop One has a not-to-scale test track in the desert outside of Las Vegas. Hyperloop TT is building a test track near its HQ in France. Hyperloop One has also already signed preliminary contracts with the governments of Dubai and Saudi Arabia to build hyperloop systems. This looks like a futuristic transport technology that has a strong chance of becoming a reality in coming years though we will have to wait for the first actual commercial line to become a reality before there is certainty the technology won’t run into unforeseen technical difficulties.

Between driverless cars, flying cars and hyperloop systems we can expect the future face of transport to be almost unrecognisable from today’s and within the not too distant future. The next two to three decades could well change things to the extent the introduction of mass ownership of private cars did in the early twentieth century. Buckle up and enjoy the ride!

The Nasdaq dropped 1.9%, while the yield on 10-year Treasury notes dropped to 1.557%... END_OF_DOCUMENT_TOKEN_TO_BE_REPLACED

The dollar’s received a further boost as the Nasdaq dropped more than 2%, the... END_OF_DOCUMENT_TOKEN_TO_BE_REPLACED