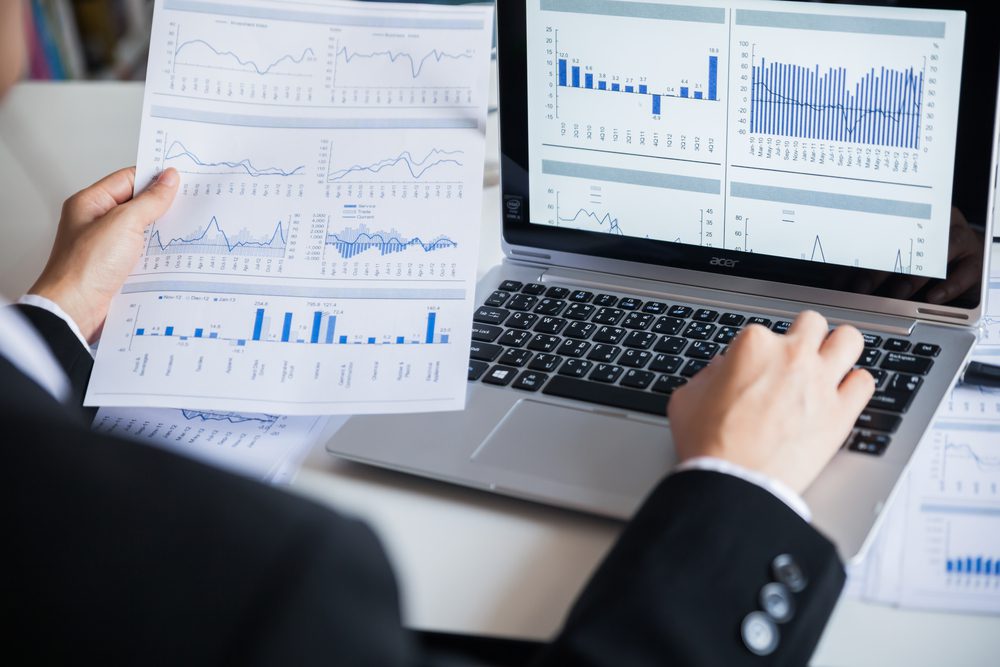 The Covid-19 pandemic has famously seen many sectors of the economy fall into two divided camps of those who have suffered and others that have benefited. The market for online investing certainly falls into the latter camp. The major online investment platforms such as Hargreaves Lansdown, AJ Bell and Interactive Investor have all benefited from a rush of new account holders. And existing clients have increased their activity and are investing more money than ever before.

Over the twelve months to the end of June, Hargreaves Landsdown (HL), the UK’s biggest investment platform by market share, added a record 233,000 new customers. Its assets under management grew by 30% to £135 billion.

Interactive Investor (II) added 31, 667 new account holders over the first six months of its financial year, representing 33% growth on the same period a year earlier. That took total customer numbers to over 400,000 and assets under administration to nearly £55 billion.

Budget trading apps have also seen user numbers soar. FreeTrade is the most popular in the UK, with popular American alternative RobinHood not on the market yet here. The app-based investment platform’s rise has been even more spectacular than that of more expensive, full-service rivals like the big three of HL, II and AJ Bell. Freetrade had 50,000 customers at the start of the pandemic and 850,000 by August 2021. 550,000 have been gained this year.

While the typical portfolio values at the full-service platforms range between an average of £79,000 at AJ Bell to £135,000 at II, Freetrade and other budget apps have attracted an audience taking their first steps in stock market trading. Account balances are usually under £10,000 and often as little as four or even three figures.

While it is unlikely to come as a surprise many of the new online investors joining app-based services like Freetrade are from younger demographics the full-service platforms are reporting a similar trend. AJ Bell chief executive Andy Bell commented at the release of the company’s most recent results:

“The average age of our new direct-to-consumer customers was 38 in the first half of the year, five years younger than the average of the wider customer base. Average portfolio values remained high at £79,000.”

“Our record number of new customers has been helped by the low interest rate environment, as savers seek higher returns on cash held in savings accounts and Cash ISAs.”

Hargreaves Lansdown reported 83% of the new customers over the past year were under 55 and Interactive Investor said 24% of the 32,000 new account holders that joined them over the first six months of the year were under 35.

Are the new investors making money?

There has been concern the flood of inexperienced investors trading popular ‘meme stocks’ like American video games retailer GameStop and cinema chain AMC may get burnt by the huge volatility in these shares. The crowds of small investors selling a relatively small number of stocks popular on social media and in stock trading chat groups like those on Reddit also often use leverage.

Leverage is available when trading stock derivatives like CFDs or in spread betting and multiplies gains but also any losses by the same degree, which can be dangerous for inexperienced investors. There was a high profile case of a 20-year-old American who committed suicide this year after mistakenly thinking he had lost hundreds of thousands of dollars trading with leverage via the Robinhood app.

There is little data on how many of the new breed of meme stock traders taking leveraged positions have managed to generate returns rather than losses. But with statistics suggesting over 80% of CFDs traders lose money it is probably a safe bet to assume a many inexperienced new investors using leverage will have suffered losses.

For investors taking the traditional approach to investing and avoiding derivatives, the picture is very different.

Unlike on the American app Robinhood, Freetrade does not offer leveraged trading. It only offers traditional trading in stocks and funds plus tax efficient ISA and SIPP wrappers. The only real difference between it and the UK’s full service investment platforms is that it offers a more limited range of investments. Users can only buy stocks and other investments like trusts listed on the London, Nasdaq and NYSE stock exchanges, which is in any case enough for most investors.

Since they dropped sharply in February and March 2020 as the Covid-19 pandemic hit, international stock markets have performed very well. Stocks in sectors worst hit by the pandemic lockdowns like those in the travel, leisure and hospitality sectors, and commercial property funds that own retail and office real estate, are often still significantly down on their pre-pandemic levels. But others, especially the stocks of digital economy companies, have performed outstandingly well.

London’s FTSE 100 is still down over 6% on its pre-pandemic highs of January 2020 but over in the USA the NYSE and tech-heavy Nasdaq are up over 20% and 55% respectively. In short, it would actually be hard to lose money investing over the last year and a half. Just tracking major indices would have resulted in some very solid returns.

A recent study by Interactive Investor shows younger investors using the online investments platform have outperformed their elders. Across tens of thousands of DIY investment portfolios, the average return of II investors between January 1st 2020, before the pandemic hit, and the end of June 2021 was higher for younger age groups.

That dispels any accusations the youngsters took excessive risk and got lucky, this time. They did opt for the right sectors but spread their risk and relied on the experts at top performing trusts to help. Even if tech stocks experience a correction in the next year or two, over the long term the inexperienced investors should do well with their measured, diversified approach.

Investment trusts were also popular with the oldies but so were individual stocks in traditional sectors, like energy, banking and pharmaceuticals like BP, Shell, Lloyds, AstraZeneca and GlaxoSmithKline. With these sectors not doing so well recently and question marks over their future performance, investment experience may not be all it’s cracked up to be.

“We have often heard about younger investors ramping up their risk profiles, but our data suggests that the clichés might need revising.”

The company was also careful to add that it is not possible to draw any real conclusion from data over an 18-month period.

What is clear is that many of the new, younger investors to start DIY portfolios are off to a good start. And with time an investor’s best friend, they have that on their side too. There have been positives to come from the recent pandemic and a large new cohort of young investors is one of them!

A little over a week into 2022 we’ve already experienced some major market movements.... END_OF_DOCUMENT_TOKEN_TO_BE_REPLACED

One of the FTSE 100’s current disadvantages, when it has come to attracting international... END_OF_DOCUMENT_TOKEN_TO_BE_REPLACED

Did you know you could build wealth by investing in Lego? A study suggests... END_OF_DOCUMENT_TOKEN_TO_BE_REPLACED

With most major stock markets around the world spending time at or near record... END_OF_DOCUMENT_TOKEN_TO_BE_REPLACED

For years, Baillie Gifford’s technology funds have been driving outsized returns for the mainly... END_OF_DOCUMENT_TOKEN_TO_BE_REPLACED