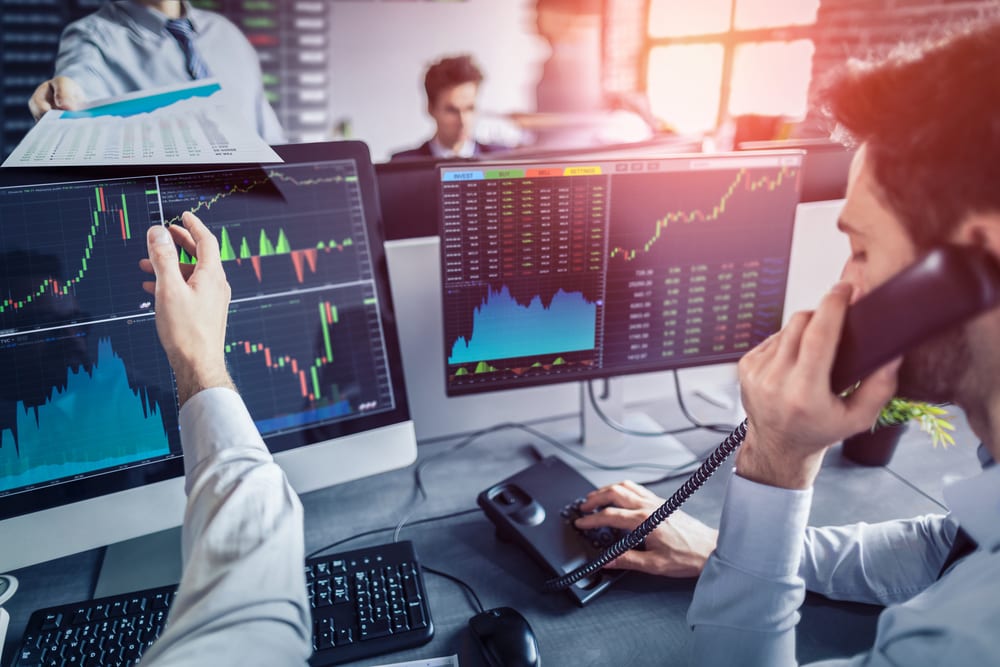 When global stock markets took a pummelling in March as investors panicked at the full onset of the Covid-19 pandemic, 2020 looked certain to be a disastrous year. 5 months on and many major stock markets, especially the USA, have miraculously almost completely recovered. Stock markets that still have some way to go to completely recover from the late-winter sell-off have also benefitted from the tailwinds of the strong bounce back in the USA.

But benchmark indices such as the Nasdaq and S&P 500 actually going on to new record highs this month conceal an uneven recovery that has been fuelled by huge gains from a relatively small number of companies. The valuation of the largest technology companies has soared thanks to a combination of them offering services that have either benefited from consumers being forced to stay at home over lockdown and investors treating their shares as a safe haven.

Some analysts fear we are in a new dotcom bubble, such has been the extent of gains by big tech. Others see it as a simple reflection of their growing dominance of a modern digital economy. Time will tell who is right, but in the meanwhile, investors in the best performing stocks have seen some phenomenal, unexpected, 2020 gains.

These 10 companies have seen their valuations grow by more than any other publicly listed companies in the world so far over the course of 2020.

Apple has had a phenomenal 2020 despite the fact the company was forced to shut its 500 stores around the world. Online sales were particularly strong, helping to pick up a lot of the slack and the tech giant still managed to launch new iPhone model, iMac and MacBook Air models, all of which have sold well. Apple expects sales of some of its hardware to increase ahead of projections this year as people working from home upgrade their tech.

Record first and second quarter revenues were nicely helped along by growing revenue from services, including the App Store, iCloud and Apple TV+, the new subscription streaming service. Last week Apple became the first American company in history (the second ever after oil giant Saudi Aramco very briefly passed $2 trillion on its market debut last year) to achieve a market capitalisation of over $2 trillion.

The ecommerce giant has benefitted from lockdowns with consumers spending an ever growing portion of their money buying goods online, with bricks-and-mortar shops selling non-essential stock closed for months on end. Amazon has recorded record revenues in recent months, rising to the challenge of keeping consumers shopping despite being stuck at home.

One downside for Amazon is that the company forecasts it will cost around $4 billion in extra investment to keep its logistics running smoothly over the course of the coronavirus crisis.

Microsoft has also been one of the biggest winners of the Covid-19 enforced lockdowns around the world. The company’s professional productivity software has been a work-from-home winner with up to 75 million people using its Teams remote communication app in April, compared to just 20 million in late 2019.

Microsoft’s Azure cloud computing platform has also been boosted by companies moving more operations online while employees work from home, as well as the general trend towards digital transformation.

An additional bonus has been Xbox revenues, with gaming another sector to benefit from lockdown. 90 million players used the Xbox Live gaming service in April.

As a share price growth figure, Tesla’s addition of over $300 billion in market capitalisation is the highest of all ten companies, even if three others have added more value in $ terms. Tesla’s share price has almost quadrupled over 2020, as the electric car manufacturer recorded a fourth consecutive quarter of profit over the three months that ended June.

Some analysts believe Tesla’s stock has entered clear bubble territory, making it the most valuable car maker in the world, despite much smaller sales numbers, revenues and profits than producers of traditional cars. But as the benchmark for electric vehicles technology, investors are betting on a bright future for Tesla as we move towards EVs over the coming decade.

Despite a dip in advertising revenues as particularly small businesses, which account for the bulk of income for Facebook, cut back on marketing spend over the Covid-19 pandemic, the social media company has grown in value by over $270 billion.

Investors have been encouraged by users spending more time on Facebook, Messenger, WhatsApp and Instagram than ever before during lockdown. That saw advertisement impressions grow 39% over April.

Chinese tech giant Tencent, which makes most of its income from its ‘super app’ WeChat and online gaming, is another tech company that benefitted from lockdown. Its online gaming revenues, generated by international hits including Honor of Kings, soared by 31% over the first quarter. The company saw the number of subscribers paying for its video streaming service grow to 112 million and music streaming service subscriptions reach 43 million. Monthly WeChat users hit a colossal 1.2 billion.

The company has also taken advantage of falling valuations to make a number of exciting acquisitions including Norwegian and German games developers Funcom and Yager.

Despite also seeing advertising revenue spend on its Google search engine platform drop during the crisis, Alphabet has grown in value by over $200 billion this year, thanks to a 20% rise in its share price. Investors have been encouraged by the fact Google’s advertising revenues held up better than might have been expected and there was even a 10% rise in ad revenues from the YouTube video streaming platform.

The tech giant’s Google Cloud Platform has benefitted from the accelerated shift online and income from the Google Play app store also grew over lockdown.

Chip-maker Nvidia, whose graphics chips and cards power a huge number of gaming machines, saw sales rocket over lockdown. Chip sales to car manufacturers have slumped but that drop has been compensated for by increased demand from big data centres as machine learning AI adoption grows.

With Nvidia having positioned itself as the benchmark in high performance microchip technology and a mainstay of the quickly growing gaming industry, the future looks bright.

A beneficiary of the accelerated growth in ecommerce, digital wallet company PayPal has seen its share price almost double this year, increasing the company’s market capitalisation by over $110 billion. A net total of 7.4 million consumers used PayPal for the first time to make online transactions in April.

U.S. telecoms company T-Mobile was boosted over the first half of 2020 by a combination of people spending more time talking on the mobile phones during lockdown, and the completion of its merger with rival Sprint. That tie-up propelled T-mobile into third spot in the list of the USA’s largest telecoms operators. The company added over 450,000 new post-pay mobile services subscribers over the first quarter of the year.

European stocks expected to stall for the rest of 2020