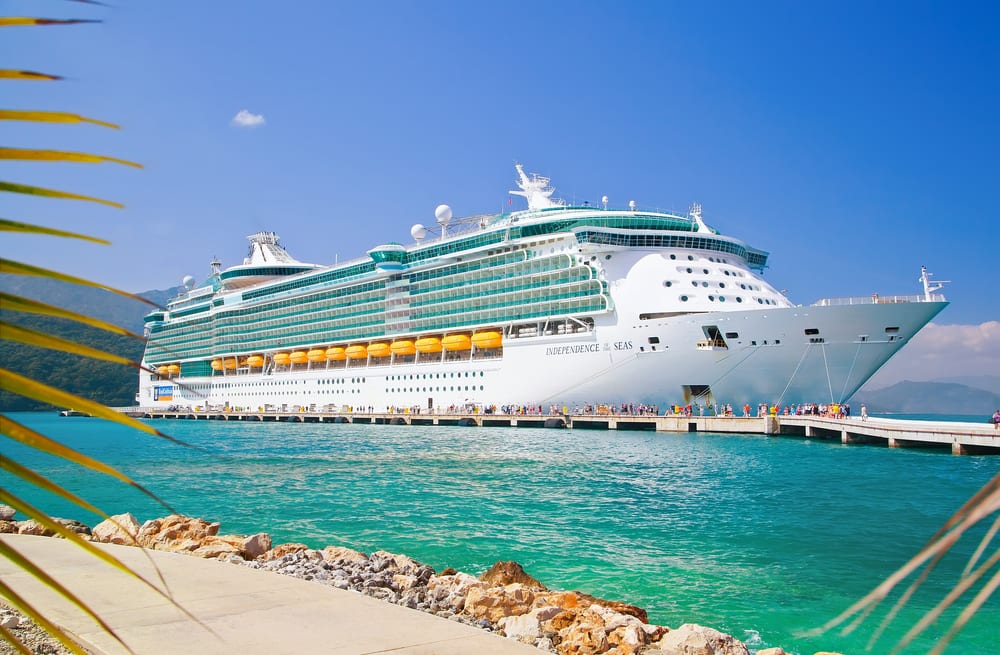 Most sectors have taken a hit during the coronavirus crisis but it is fair to say that the travel, tourism and leisure industries have suffered more than most. Their operations were effectively shut down entirely for months at a time over international lockdown periods. And with travel, especially international travel, and shared public spaces still either discouraged, restricted or seen as a risk by large sections of a nervy public, recovery will not be easy. Nor is it expected to be smooth.[optin-monster slug=”z0dpnwjsixpzcdk8vqmh”]

But the scale of the battering companies in these sectors have taken over the course of 2020 has been brought into even sharper focus after cruise operator Royal Caribbean and hotels group Marriott, reported huge losses yesterday evening. Royal Caribbean haemorrhaged a net loss of $1.64 billion over the second quarter, compared to a profit of $472 million over the same period last year.

Marriott’s swing was not quite as dramatic as that shift of over $2 billion but the hotel group’s $232 million profit over Q2 of 2019 inverted for a $234 million loss. Revenues over the period covering April 1st to June 30th slumped 72% on the previous year’s takings, down to $1.46 billion. Analysts had expected a heavy hit but not quite as brutal as the eventual extent of the drop in income proved to be.

By revenue, Royal Caribbean is the world’s largest cruise company, and second only to Carnival on passenger count. The four largest passenger ships in the world sail under its brand and in a normal year the company would have expected to welcome 5 million guests onboard its ships. Originally founded in Norway in the 1960s, Royal Caribbean is now headquartered in Florida and valued at around $11.8 billion on the New York Stock Exchange.

The Royal Caribbean share price is down around 60% for the year. Investors and analysts were actually expecting worse yesterday and the company’s share price gained 10% during the U.S. trading session and is currently up another 2.4% in afterhours trading. 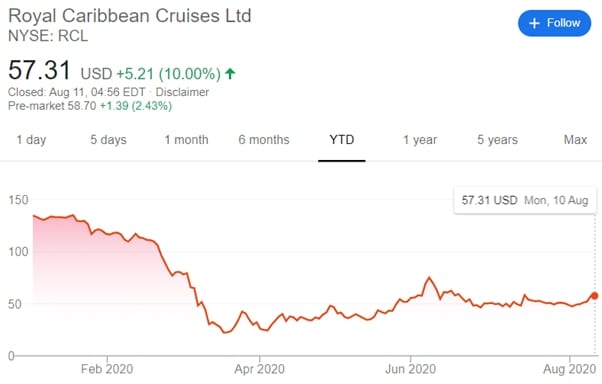 The reputation of cruise ships has come off particularly badly in the wake of the Covid-19 pandemic. There were a number of well-publicised outbreaks of the virus on cruise ships early in the crisis, with crowded semi-enclosed areas, increased exposure to new environments, and limited medical resources—contributing to the heightened risk and rapid spread of the disease.

With the demographic of cruise passengers also heavily weighted towards older age groups at greater risk of contracting a more serious form of the virus, for many a cruise ship is the last place they would currently consider for a post-lockdown break. Royal Caribbean has taken the step of dropping the word “Cruise”, from its official public title, suggesting the company is hedging its bets on its future activities.

It is hard to see the cruise industry bouncing back to pre-pandemic levels prior to a Covid-19 vaccine being readily available, which could mean 2022 at the earliest. Royal Caribbean said it could offer investors no full year guidance at this point and is currently burning through $290 million-a-month servicing overheads to keep going as a company.

One of the largest hotel groups in the world, Marriott International runs more than 7000 properties internationally under 30 brands. The company moved into hotels in the 1950s, having originally been established as a root beer bar prior to the Great Depression. The Ritz-Carlton, Le Meridien and Starwood are among its brands.

Marriott’s share price is down around 45% for the year, dragging the company’s overall value down to just shy of $31.5 billion as of August 8th. 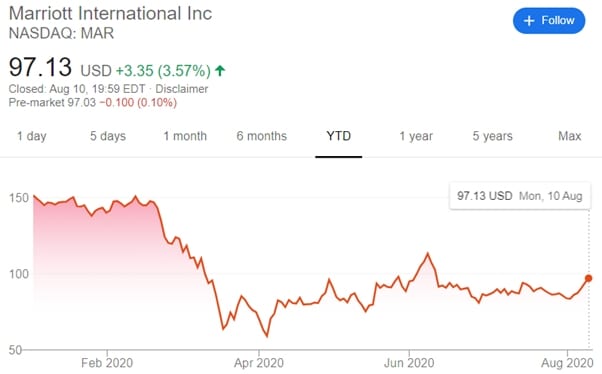 Prior to Q2 2020, Marriott International had not posted a quarterly loss since 2011, in the wake of the international financial crisis and subsequent global recession. But room occupancy down 70% on 2019 has led to inevitably heavy losses. On the bright side, the company reported that its hotels in China, Hong Kong, Macau and Taiwan, the regions to go into lockdown but also the first to reopen, have rebounded to around 60% capacity.

“The improvement in Greater China exemplifies the resilience of travel demand once there is a view that the virus is under control.”