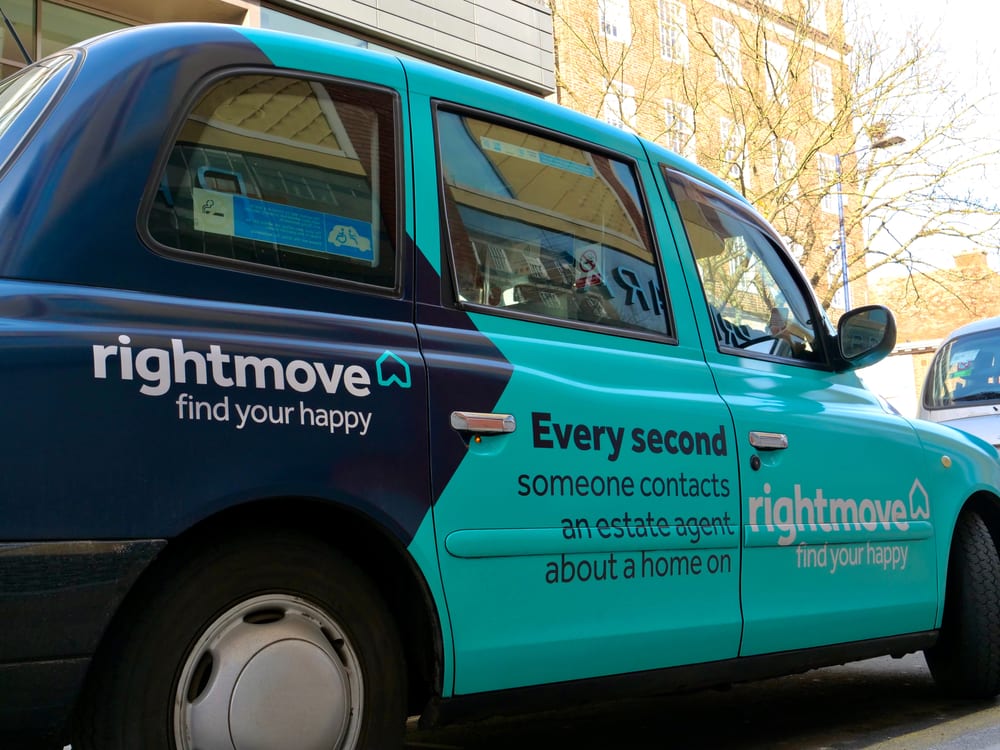 The average asking price for a home in Britain increased in the first two weeks of March, as the number of people enquiring about properties broke the all-time record.

This amounted to a 2.7 per cent annual rise following a strong February.

Rightmove says the number of potential buyers enquiring about each available property on its website hit a record high in February, and was 34 per cent higher than this time last year, just before the UK went into the first national lockdown.

In February, seven million people visited the Rightmove website each day, up 40 per cent on the same period in 2020.

The property portal described the market as the ‘best sellers’ market of the past 10 years’ and said that nearly two thirds of the properties currently on agents’ books had already had sales agreed.

The number of sales agreed during the first week in March rose 12 per cent on the previous year.

While some forecasters have updated their estimates on house price increases recently, it is sticking to its prediction of a 4 per cent increase in 2021 which it published in December.

The current excess of buyer demand over supply is the largest we’ve seen in the last ten years and suggests that this could be one of the best ever Easters to sell, its report said.

Buyers are eagerly awaiting new homes coming to the market, and Rightmove said there were ‘early signs’ that more owners were deciding to market their homes thanks to incentives such as the extension of the stamp duty holiday and news of government-backed 5 per cent mortgages, as well as lockdown easing.

New listings had fallen by 20 per cent in February, but this figure was only 5 per cent down during the first week of March.

This was probably influenced by Chancellor Rishi Sunak’s announcement in the Budget on 3 March that the stamp duty holiday would be extended in its current form until the end of June, and then tapered until September.

Regionally, asking prices increased by 8 per cent in Wales in the last year, while the North West has seen a 6.5 per cent rise.

Tim Bannister, Rightmove’s director of property data said: This strong sellers’ market is good news for those who are looking to put their home on the market as the traditional Easter selling season approaches.

Blossoming buyer demand coinciding with blossoming gardens should put a spring in the steps of sellers, and more of them coming to market will provide a much-needed increase in the choice of property for the many who are looking to buy, he said.

However, he said that given the frenzied buying activity in the past few months there was a ‘serious shortage’ of homes for sale. So many sales have been agreed in recent months that we now face a serious shortage of homes available for sale, Bannister added.

There are a number of reasons why many home-owners have hesitated to come to market during the first two months of the year, but these do now seem to be dissipating.

A recovery in fresh supply gives more choice to prospective buyers, many of whom are also potential sellers, which in turn encourages more of them to come to market. Greater supply to match the high demand would ease upwards price pressure.

Estate agents also continued to report high levels of buyer demand, and suggested that potential sellers market their properties now in order to ride this wave.

Marc von Grundherr, director of Benham and Reeves in London, said: With the double pronged boost to buyer demand in the form of a stamp duty extension and government guaranteed 95 per cent mortgage products, sellers can ill-afford to sit on their hands with regard to getting their property on the market.

He said that a lack of supply to meet the huge levels of buyer demand seen in recent months means that by and large, sellers are securing a very good price for their home.

A little over a week into 2022 we’ve already experienced some major market movements.... END_OF_DOCUMENT_TOKEN_TO_BE_REPLACED

One of the FTSE 100’s current disadvantages, when it has come to attracting international... END_OF_DOCUMENT_TOKEN_TO_BE_REPLACED

Did you know you could build wealth by investing in Lego? A study suggests... END_OF_DOCUMENT_TOKEN_TO_BE_REPLACED

With most major stock markets around the world spending time at or near record... END_OF_DOCUMENT_TOKEN_TO_BE_REPLACED

For years, Baillie Gifford’s technology funds have been driving outsized returns for the mainly... END_OF_DOCUMENT_TOKEN_TO_BE_REPLACED